Apurvi Chandela: The Star In The Making 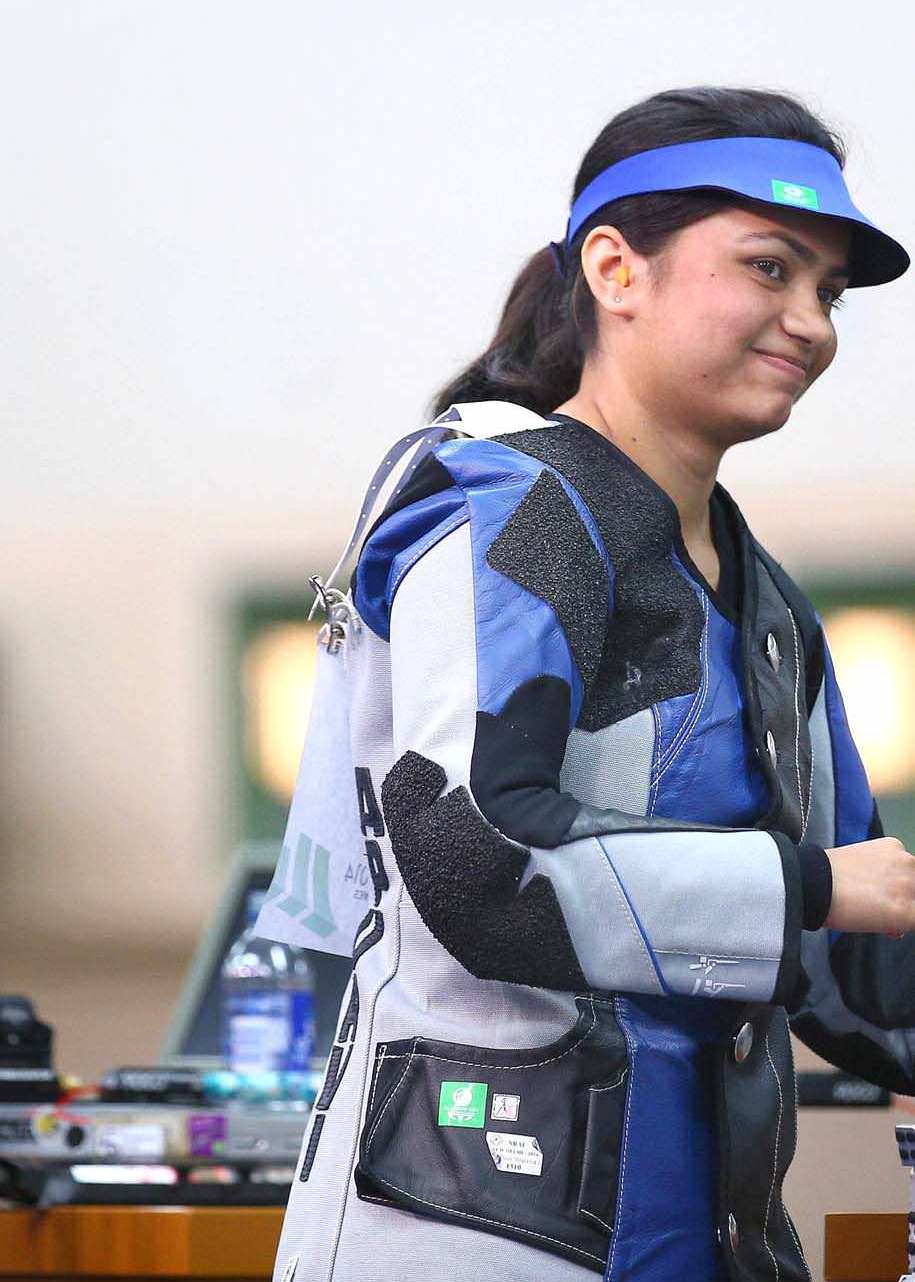 In the World Cup Final in Munich recently, from a highly competitive field that had the seasons top-10 performers, Apurvi Chandela struck a silver medal, which spoke a lot about her guts.

Apurvi Chandela is a rare pearl in Indian sports.More familiar for her gold medal in women’s air rifle at the Commonwealth Games in Glasgow last year, the 22-year-old shooter from Jaipur took another firm step towards Olympic excellence with a silver medal in the World Cup Final in Munich.

Apurvi was the youngest of the four Indian shooters who made it to Germany (seasoned campaigner Gagan Narang, super performer Jitu Rai and fast growing Gurpreet Singh were the others). And from a highly competitive field that had the season’s top-10 performers, she struck a medal, which spoke a lot about her guts.

Apurvi was close to perfection, as she shot 10.5 and 10.8 to beat Valentina Gustin of Croatia and Andrea Arsovic of Serbia to first ensure the bronze and then assure herself of a better medal in the tie-shoots. For those unfamiliar, 10.9 is a perfect shot in shooting.

It is not easy to shoot consistently right through the qualification and the final. The reigning Olympic champion and former World champion and Asian Games champion, Yi Siling of China, who had won the World Cup Final thrice, apart from a silver in the last four years, shot 421.1 in topping the qualifiers, but ended up seventh.

“It was a thrilling experience to win the silver from among such top class shooters,” said Apurvi.

Even at such young age, Apurvi knows pretty well the importance of staying focused on the technical process rather than allow thoughts of a medal to distract her.

“I was first focused on playing my qualification well to make the final. After that, my aim was to keep control over each shot,” said Apurvi.

She thanked coach Stanislas Lapidus for all the assuring guidance. For someone who took up the sport after watching Abhinav Bindra’s interview on TV in September 2008, after he had won India’s first individual Olympic gold in Beijing, Apurvi has made rapid strides.

“We were out and I saw the news that Abhinav Bindra had won the gold. I saw his interview the following month, and by October, I had started shooting at the Sawai Man Singh Stadium range. I used to go there after school and train for a few hours. This went on for about a year,” she recalled.