A Dollop Of Luck For Mercedes 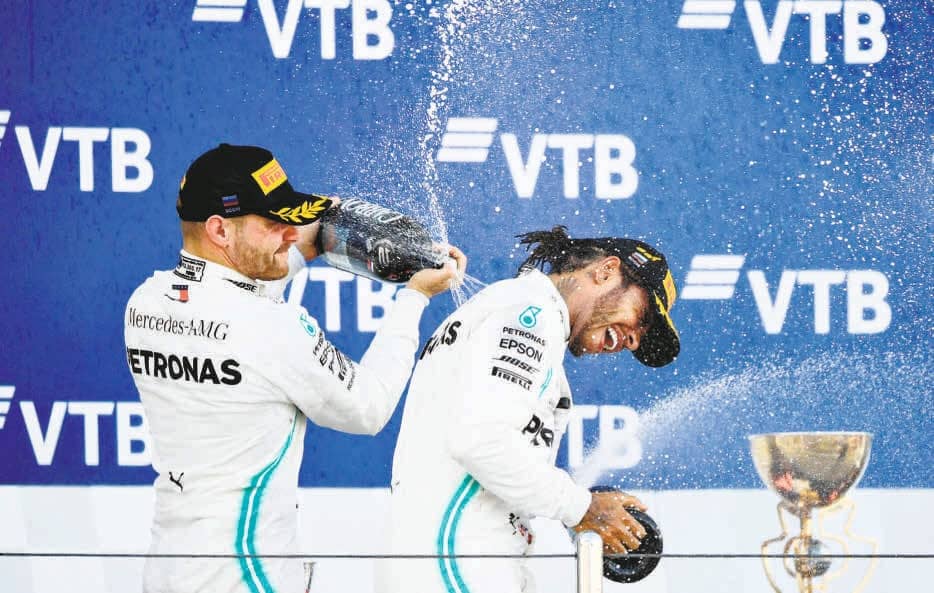 Mercedes had opted for an alternative strategy knowing that they were unlikely to outqualify Ferrari, so their best chance to beat them in the race was to do something different and hope for a slice of luck.

The Russian Grand Prix was a classic case of Ferrari snatching defeat from the jaws of victory! There will be a glum mood in Maranello after the red cars started off looking very comfortable and set for another one-two, only to end up with a solitary third place while their silver rivals lapped up another maximum points score.

Charles Leclerc was in brilliant form all through the weekend. In the practice sessions, the lap times seem to come effortlessly and it really looked like he would have no opposition in qualifying. He duly delivered his sixth pole position of the season, with Sebastian Vettel not really close enough to challenge and it took one of those special Lewis Hamilton qualifying laps where he had to dig really deep to get the Mercedes onto front row.

The rundown to the first braking zone in Sochi is one of the longest of the season. Therefore, a bit like Spa-Francorchamps, starting on pole position isn’t always the place to be as it means that you’re the one cutting a big hole in the air for the cars behind. Ferrari obviously knew this, and from what Mattia Binotto explained to the media, it seems like they had an agreement where Leclerc would stick to the path on the left of the track to give Vettel a tow past Hamilton and ensure that the Ferraris came out of the first sequence of corners in first and second, allowing them to control the race and strategy. This was a logical thing to do for the team.