Top 15 Charitable Sportspersons In The World 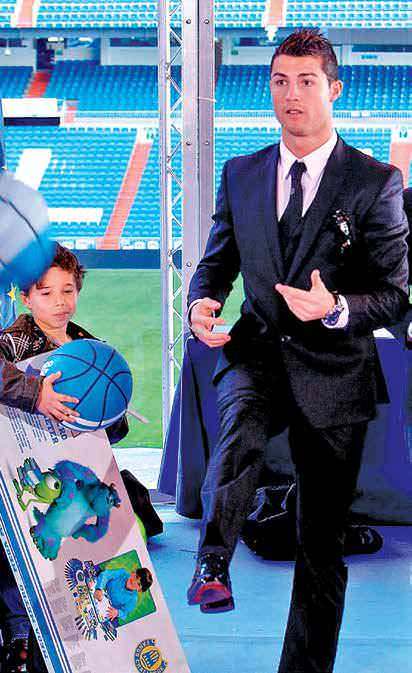 Known as one of the best footballer in the world today, Ronaldo Has made a name for himself with his charity work as well.

Sportspersons are followed avidly everywhere around the world. people take keen interest in their favourite sports stars and root for them to succeed every time. However, very few actually follow or know what these sportsperson do outside of their profession. Many sportspersons, who have made a name for themselves with their sheer toil and grit, have also got a soft interior and are very charitable in their ways. Recently, Dosomething.org (a global organization for social change) announced the list of “Most Charitable Athlete”. Inspired by their annual ‘Celebs Gone Good’ list, they announced their inaugural ‘Athletes Gone Good’ list; where 20 of the most charitable sportspersons from across the world were named. Have a look at the top 15 sportspersons along with their noble deeds.

Known as one of the best footballer in the world today, this portuguese star has made a name for himself with his charity work as well. over the years, Ronaldo has raised a lot of money for various causes. Most notable of these are two: once when he donated more than $83,000 to a 10-year-old fan in need of brain surgery and second when he gave more than $165,000 to fund a cancer center in portugal that treated his mother. Furthermore, the 30-year-old has also been a staunch spokesperson for myriad causes like biodiversity, obesity, and childhood hunger.

Who would have thought that this brawny WWE star has such a soft interior? After granting nearly 500 wishes with Make-A Wish, Cena has come into the forefront with his other side. other than this, the wrestler has also been consistently raising awareness for breast cancer by supporting organizations such as Susan G. Komen. Till date, Cena has raised more than $1.5 million for the organization through his sheer perseverance.

The tennis legend has recently launched the ‘1 in 11’ campaign which helps in extending educational opportunities for poor children in backward countries like Bangladesh, Indonesia, and Nepal. other than this, Williams is also doing some exceedingly good charity work through Serena Williams Foundation and as a UNICEF Goodwill Ambassador.