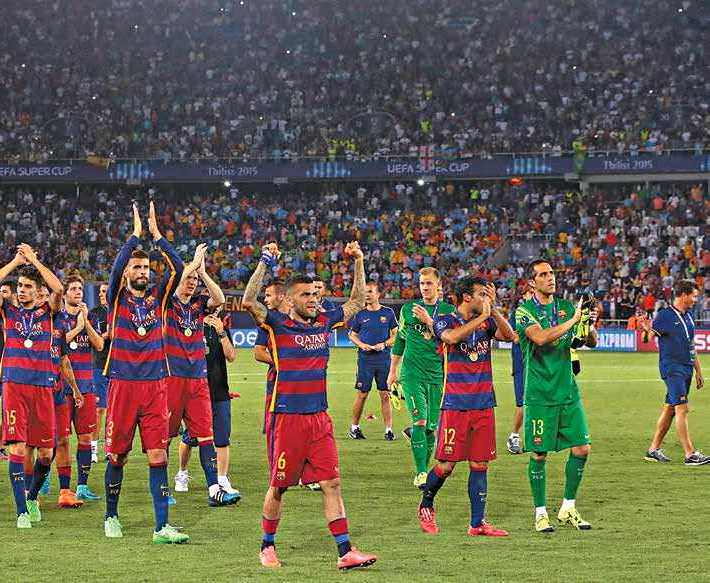 While new signings, Arda Turan and Aleix Vidal, can't play until January because of the transfer ban, Barcelona have a similar side to the last season.

Fresh off the back of their treble-winning 2014/15 season, Barcelona have started the season as overwhelming favourites. Since 2004/05, only Atletico Madrid, champions in 2013/14, and Villarreal, runners up in 2007/08, have managed to displace real Madrid or Barcelona from one of the top two spots. The ongoing seasons will surely put Barcelona and real Madrid at the helm of affairs and there is no way they could be dislodge from the top spots in the points table. The performance of the players as a unit will determine the champion. Apart from them, top clubs like Atletico Madrid, Valencia and Sevilla will fight for the Champions league spots.

Battle for the championship

Real Madrid and Barcelona are the strongest contenders for the title but football is a game of unpredictability and who knows we might see some surprises in the end.

While new signings, Arda Turan and Aleix Vidal, can’t play until January because of the transfer ban, Barcelona have a similar side to the last season. Luis Suarez has established himself at Barcelona while Neymar got a bit of rest during the summer with Brazil’s early exit from Copa America. Thomas Vermaelen has recovered from injury which means more depth in defense and which could allow Javier Mascherano to patrol the midfield in key games. And above all there’s Lionel Messi, the god of football.