Along the banks of the Panchganga river lies a city that has given India enough reasons to be proud of. No, not just black pepper but wrestling too has put Kolhapur on the Indian map. One of the pioneers in the art of wrestling in India, it has its own stories.

KOLHAPUR WAS NAMED after a demon, called Kolhasur. This city has given India everything but things that are associated with demons however, it has one of the best spices in the world. The leather work its artisans put out is impeccable. There is one other thing that this inland city of Maharashtra is famous for, and that is wrestling or kushti.

“Which way to the akhada?” I asked the shopkeeper.

He looked at me.

“The place where the wrestling happens?” I added hopefully.

“Achcha, taleem,” he said, brightening up, pointing to an opening in the wall. Not sure if he had understood, I ducked under the doorway and into a narrow lane which opened up unexpectedly into a large sunlit courtyard. It was dominated on one side by a small saffron temple, the kind one will find all over India, and standing there, dressed in nothing more than the tiniest of loincloths, were some of the beefiest men I had ever seen.

Yes, this is Kolhapur, well known for its leather sandals and spicy mutton delicacies. But whilst I had gorged on the latter the previous evening, it was not for the mutton lonche and the tamda rasa that I was here. On an earlier journey across northern India, I had spent time capturing pehelwans in the Akharas of Banaras, which kindled my curiosity for the old tradition. Kushti is deeply ingrained in the culture of the north and you can find traditional wrestling gymnasiums (akharas) all over the plains of Haryana, Punjab and Uttar Pradesh. Though wrestling has always been popular in the rural hinterland, the sport has seen an uptick in interest, driven by the stellar performances of Indian wrestlers who have regularly brought home gold and silver in the Olympics, the Commonwealth Games now, gold medals at the Asian Games. Names like Sushil Kumar, Yogeshwar Dutt, Sakshi Malik and the Phogat sisters have become the subject of dinner-table conversation. 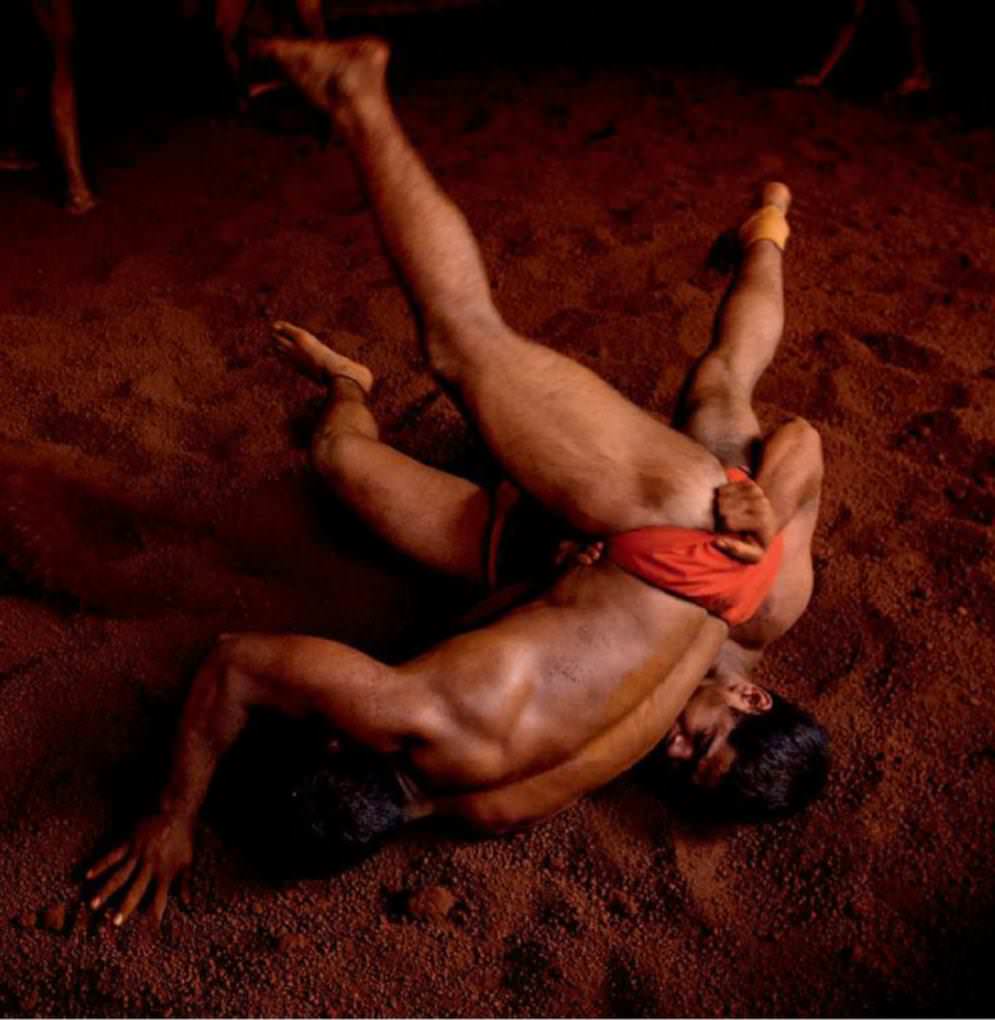