On A Greener Turf 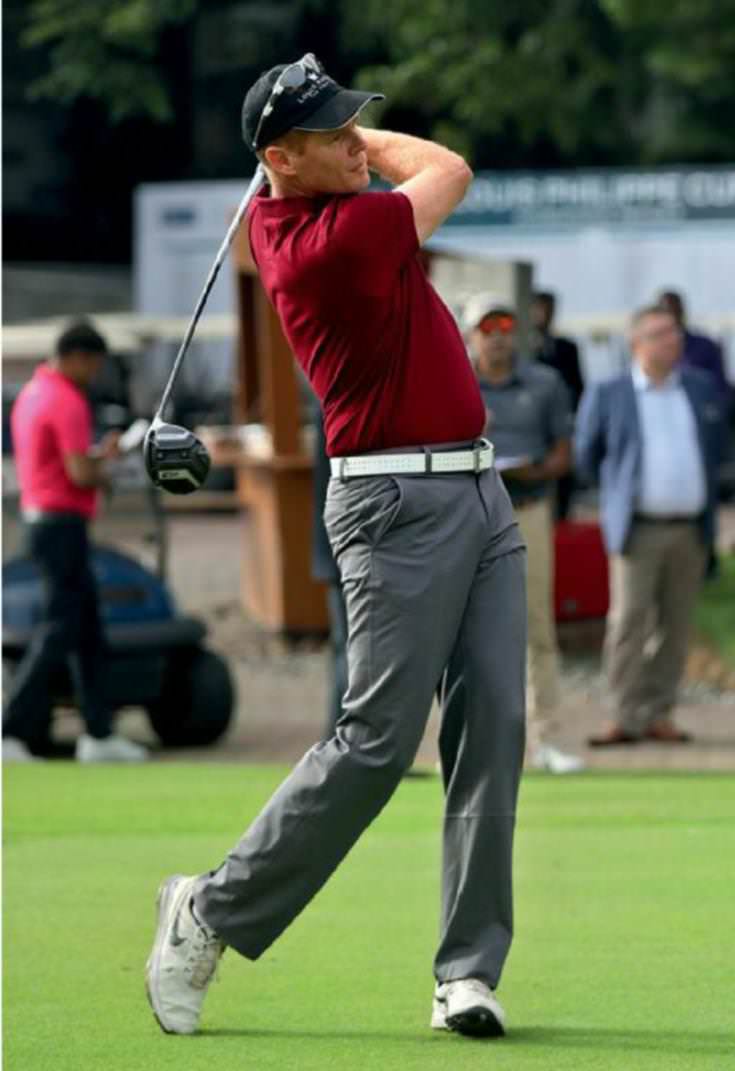 FOR A MAN who has been credited with 421 Test wickets and 393 One-Day International scalps, Shaun Pollock has seen a lot of cricket. But Pollock is no longer tense about a game; he doesn’t flaunt the whites or the patent green Proteas jersey now. Instead, he suits up more often and wields a microphone instead of a ball. Dressed in a blue suit sitting inside an old-fashioned hotel in Bengaluru, Pollock seemed a lot more relaxed and beaming with joy. Yes, he had a game to play—on a green surface —but this time it was a game of golf. Pollock was in India to be a part of the Louis Philippe Cup celebrity Pro-Am at Prestige Golfshire in Bengaluru.

The former South African skipper, who has taken to golf after retirement was all set to team up with Kapil Dev and Mahela Jayawardene at the event. Asked about playing alongside one batsman and two bowlers Pollock replied, “Bowlers or all-rounders? We are more like all-rounders what do you mean we are bowlers! You never know what it brings on a certain day, but it should be fun playing with them.”