Master Of The Mind Game 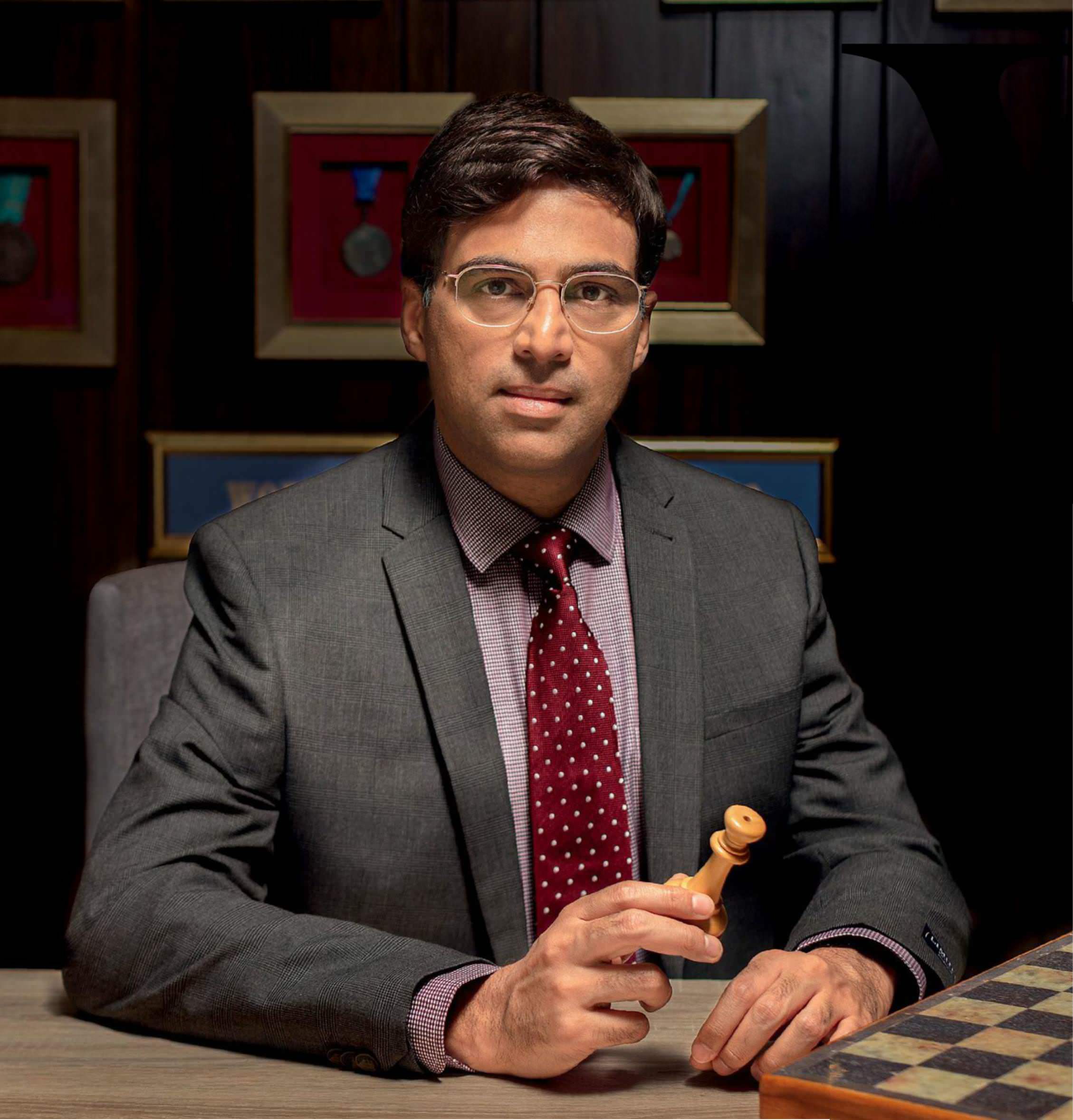 Viswanathan Anand is arguably India’s greatest sports icon. The former World No. 1 has been a dominant figure on the chequered board for three decades. And the Grandmaster’s accomplishments have inspired a new generation of youngsters to take up chess. But what’s on his mind?

VISWANATHAN ANAND WILL be 50 next year. It is not the age when an Indian sportsman plies his trade as a player. Of course, the Michael Ferreiras and Manuel Aarons were not finished when they were close to Anand’s age. But then they were from a different generation. Fifty was just another number for chess greats like Anatoly Karpov and Viktor Korchnoi, but again comparisions are odious when you throw Anand into the equation.

Barely a month ago, Rameshbabu Praggnanandhaa created a stir in chess circles when he became the second youngest Grandmaster in the world. As a 12-year-old making his mark on the world stage, especially since he is from Anand’s city, Chennai, Praggu made headlines and was instantly hailed as the next World Champion in the making, ready to take over the mantle from the great Vishy.

AGAIN THE NUMBERS started doing the rounds. Anand had become a Grandmaster when he was 18, so Praggu has a clear lead of six years on the age map. There were even suggestions that Anand could now concentrate on acting as Praggu’s second when the boy would turn the man in the World Championship cycle.

However, Anand is unique in Indian chess and sport, and his place will remain so until someone else actually usurps it. At the moment, it is not under threat. If numbers were the deciders, Pentala Harikrishna and Koneru Humpy, who became Grandmasters at the age of 15 could overtake Anand in achievements. Why, even Chennai-lad Baskaran Adhiban, who turned GM at the age of 17, could take his place.

But let’s talk about the reality of the sport. If any of these Grandmasters could win at least one Classical World Championship title, he would qualify to be mentioned alongside Vishy. So far, no one has come anywhere close to that and all that we have are numbers. Harikrishna ran him close in the ELO rating race, 10 points adrift, before falling away. Vidit Gujarathi looks capable of getting close to him, but you must consider that Anand is not climbing up any more, both in age and on the ELO scale.

But Anand would have us optimistic. Though he still remains the No. 1 Indian player, it is likely that he will be overtaken on the ELO scale by his countrymen in the coming years. The world always craves for new champions and it is good that we have talented players emerging every year. But it is difficult to displace him from history, both Indian and the World.

To be realistic, what makes Anand so special is his chess ‘bubble,’ It is a term that he has often used in different contexts and at different times to brave conditions. A random talent that made the world sit up and take notice when he was hardly 15 in the British Championships, Anand was a phenomenon. If not for anything he was a good advertisement for speed, and the way he demolished English GM Jonathan Mestel in 15 minutes and 20-odd moves was good enough to mark the arrival of this rare talent. So what is the ‘bubble’ that Anand created around him in the last 30-odd years? Unlike the former Soviet Union, where talents were spotted in their teens and groomed under former world champions, India did not have a system to take care of its prodigies. Without pedigree, help from the seniors, Anand moulded himself into a strong player with exceptional qualities.

IF THE WORD ‘bubble’ has some unreal intonation, so was it with Anand. Endowed with born talent in calculations and rare intuition that was his working capital in the business world of chess. His mother Suseela was fond of chess and could guide him when he was a child and father Viswanathan held a high position as General Manager in the Railways so he could play freely without having to think about much. At that point, no one, neither himself nor his parents, would have imagined he would choose chess as his career. At a time when only cricketers could afford to stay independent of jobs, Anand found himself in the ‘bubble,’ a profession that would mutually benefit both: for Anand the fame and lucre; for chess, an exceptional future world champion who would be unlike all his predecessors.