Can Rhulani Steer The Bucs Ship? 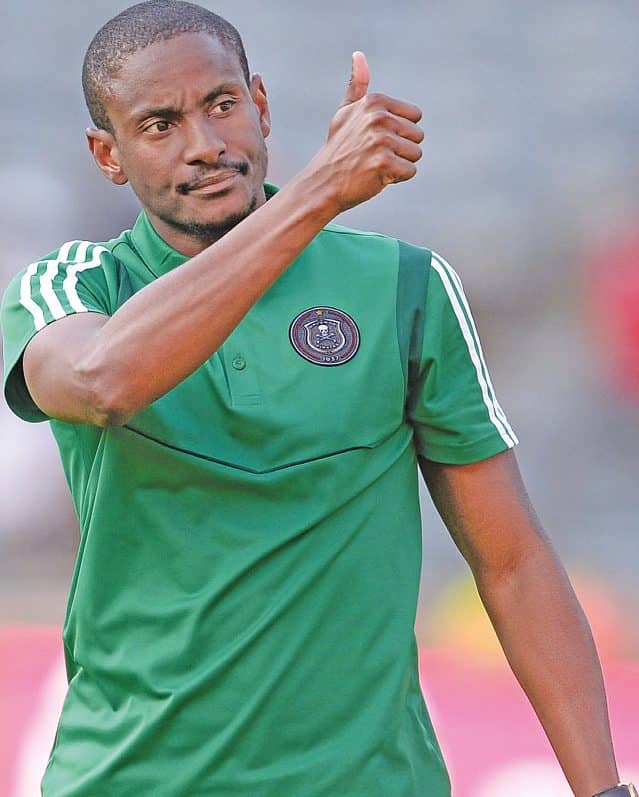 High ranking sources at Orlando Pirates have informed the Siya crew that Rhulani Mokwena could very well remain head coach until the end of the season. Though there is no delusion. He is under pressure to turn the tide! Mokwena has publicly revealed that he enjoys the full support of club chairman, Irvin Khoza, and based on the team’s results under his mentorship, that is most likely why he remains the head coach. Although his role is still very much considered interim. The Siya crew unpacks what direction the club could take having already missed out on the CAF Champions League and the MTN8 – all under Mokwena’s watch.

Rhulani Mokwena’s move to Orlando Pirates was meant to be a match made in football heaven. His arrival was commended by the head coach, Milutin ‘Micho’ Sredojevic, and expectations were raised… Shortly after his appointment by the club in August 2017, Micho labeled his new assistant as one of the sharpest young minds on the African continent.

Mokwena burst onto the scene five years ago, surfacing in the Mamelodi Sundowns dugout. Having impressed coach Pitso Mosimane through his work with Clapham High School and the club’s U19s, he formed part of one of the most successful technical teams that Mzansi has ever seen. Alongside Mosimane and ManqobaMngqithi, the Brazilians were crowned domestic and continental champions in 2016.

Mokwena was singled out for his innovations and embracing the modern game!

That development, in the professional ranks, was closely tracked by the Buccaneers. In addition, Mokwena’s family ties with Pirates – his grandfather, father, and uncle all played for the Buccaneers – strengthened his link with the club.

His arrival at Pirates meant that a football dynasty of four generations would continue. Even Sredojevic suggested it was Mokwena, not he, who would take Pirates forward and build a legacy.

They were bosom buddies then, brothers in arms in their efforts to transform a team that was slowly slipping behind its rivals, especially Sundowns, where Mokwena had enjoyed much success, with Mosimane as the head of the ship.

Siya sources have indicated that while the 32-year-old was initially hired as an assistant coach, one eye was already being cast on seeing him ultimately calling the shots taking charge of the bench!

But recent results, just one win in eight matches since he took over from Sredojevic, who quit abruptly in August after two league matches, has cast doubts on whether he will continue to lead the bench.

Two bulls in one kraal

Almost inseparable in the first season, the public witnessed the deterioration of a relationship between the coach and his assistant.

MORE STORIES FROM SOCCER LADUMAView All

RELATED STORIES
The incredible coaching journey of Pitso Mosimane
Kickoff
10+ mins read
Should He Stay Or Should He Go?
Kickoff
9 mins read