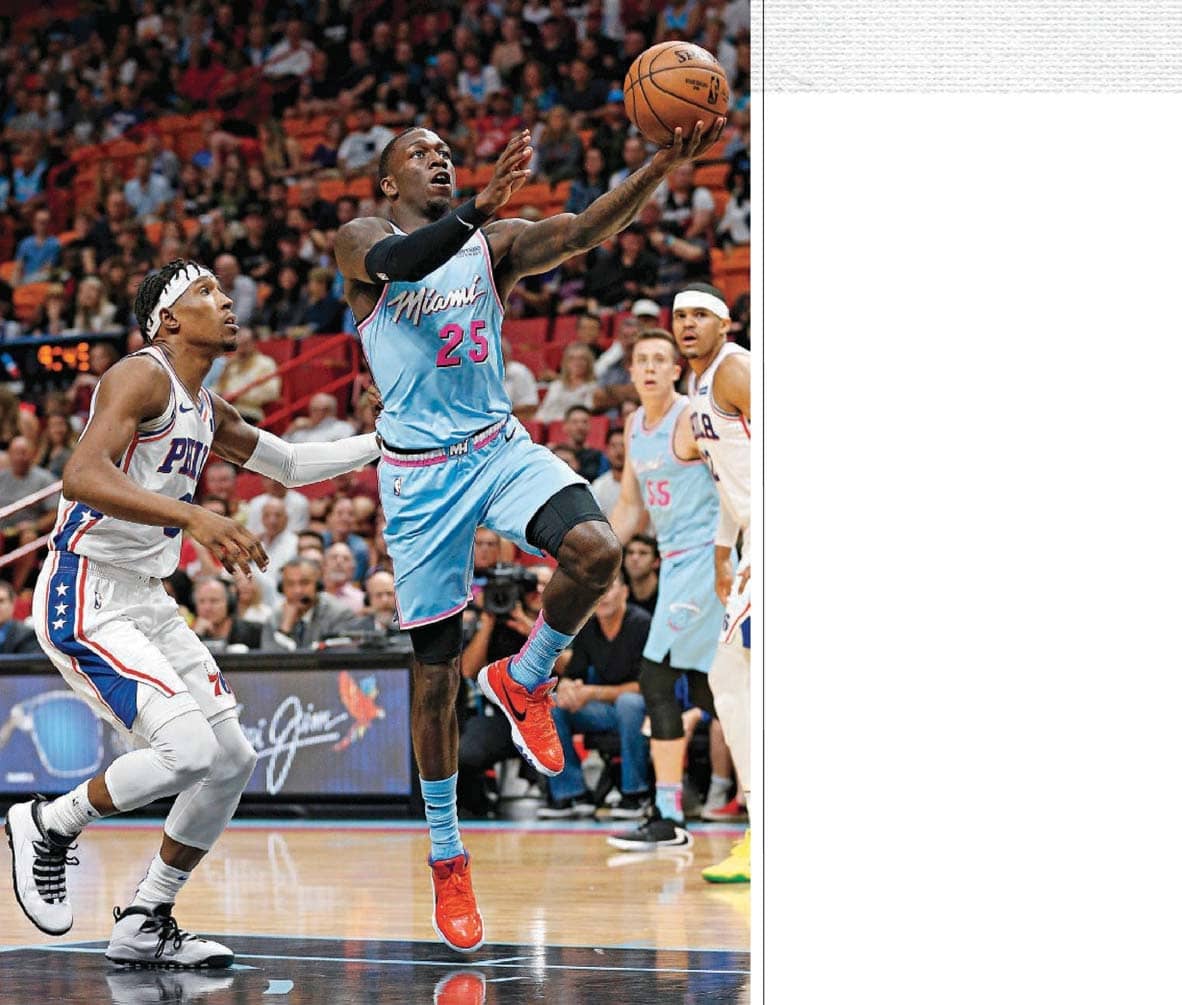 With a toughness and work ethic built on the South Side of Chicago, undrafted rookie Kendrick Nunn was more than ready for his opportunity. No looking back now.
Chris Cason

During his first meeting with Miami Heat team president Pat Riley and head coach Erik Spoelstra, Kendrick Nunn was told that he would get an opportunity. “That’s all that I needed to hear,” he says.

He responded by jumping out to one of the hottest starts for any rookie, earning Eastern Conference Rookie of the Month honors in October, November and December and becoming the fastest rookie in team history to reach 500 points.

Perhaps the most impressive part about his play is how consistent yet understated it’s been. “He always looks the same,” said Spoelstra, after Nunn dropped 21 points against the Bulls. “Whether he has 30 points or zero points, his facial expression and body language would look the same.”

While Nunn’s production has many teams questioning how they overlooked him, count Nunn as the least bit surprised at what he’s currently doing. It’s simply the result of preparation meeting opportunity.

That preparation can be traced back to his backyard on the South Side of Chicago.

Having one of the only hoops on the block meant Kendrick never had to go far for competition and that there weren’t many quiet evenings for his father Melvin. “If it was the summertime, basketball season, barbeques or just hanging out, they were definitely back there every day hooping,” says Melvin.

It was in those backyard battles where Kendrick’s toughness was formed. Any of the older kids who thought they were going to punk him or run off some wins were sorely mistaken. Once he started to taste success, he only wanted more. “Starting from second grade, there was never a time where he didn’t feel like going to the gym,” Melvin says. “When practice was over, he would still be taking shots.”