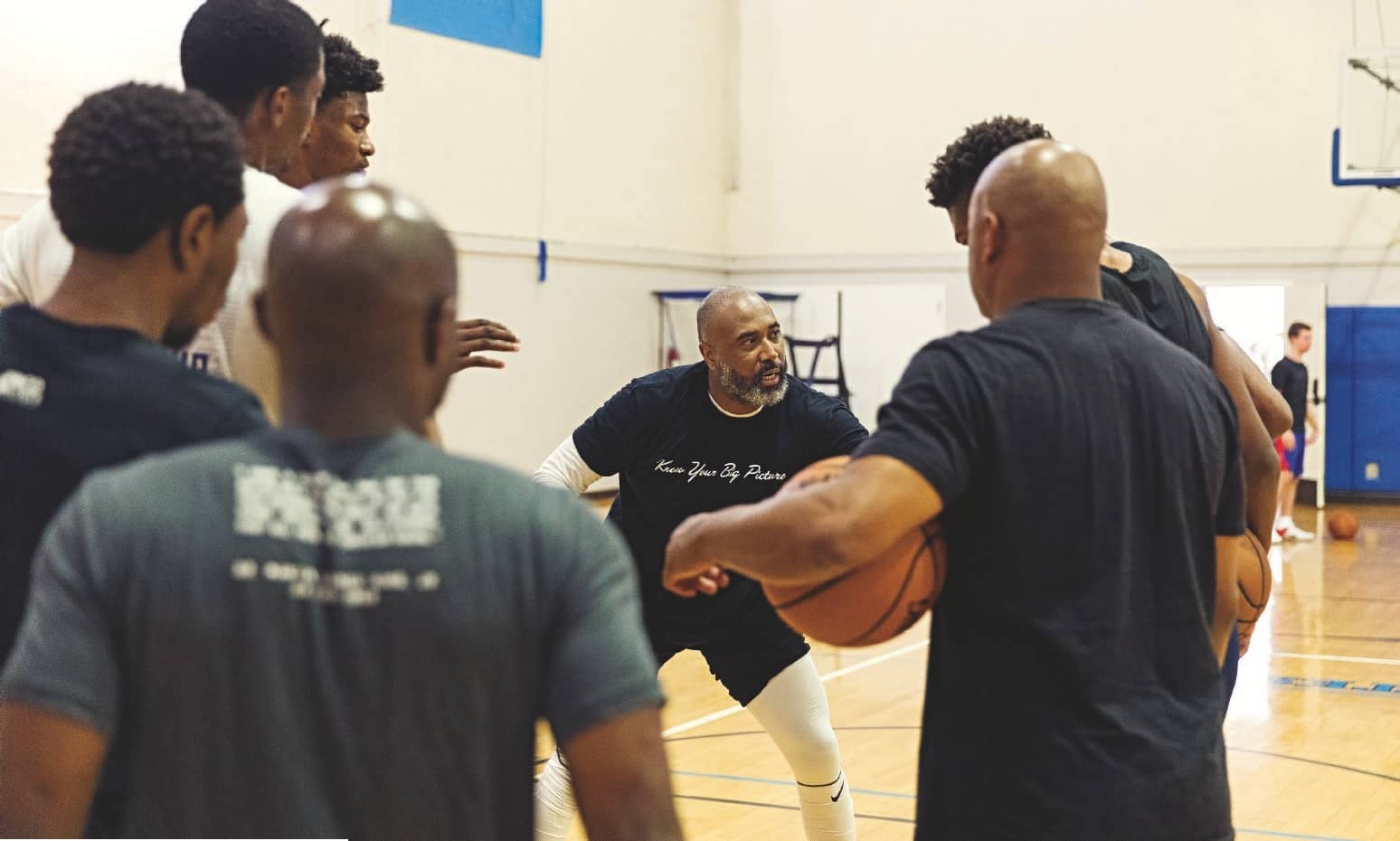 If you’re an NBA player (or hoping to become one) who’s looking for the best pick-up run and/or training session in the L.A. area, the place to be is UCLA, and the person to speak with is Rico Hines.

Rico Hines compares player development to boxing. When a fighter is preparing for a bout, he believes the training regimen should include sparring in order to get a feel for opponents and sharpen the skills needed. Same rules apply in basketball. No amount of cones or chairs does a player who’s looking to elevate their game any justice without live competition.

“I’m a big believer in playing,” he says. “I didn’t believe in guys working 1-on-0 because I already seen this blueprint work even before I got to UCLA.”

Hines, 41, is at the helm of the top offseason pick-up runs for NBA players. Located on the second floor of the Student Activities Building at UCLA, the games there date back decades. First organized by Magic Johnson, this was the spot for seasoned vets or incoming college guys looking to play against the best competition in the city.

“When I signed to come play here in ’96, this placed was filled with Hakeem Olajuwon, Magic Johnson, Penny Hardaway and Kobe Bryant,” Hines says. “It was such a tradition—and you had to come be a part of it.”

Hines brought back that tradition of having the League’s best come through Westwood during the offseason in 2016. Three courts—winners, losers and losers-losers—with games played up to seven. Once the game-winning basket is scored, the only way the game ends is when the player makes a free throw. Hines, with a whistle around his neck, oversees everything, calling fouls and counting down from 10 to make the game fast paced.