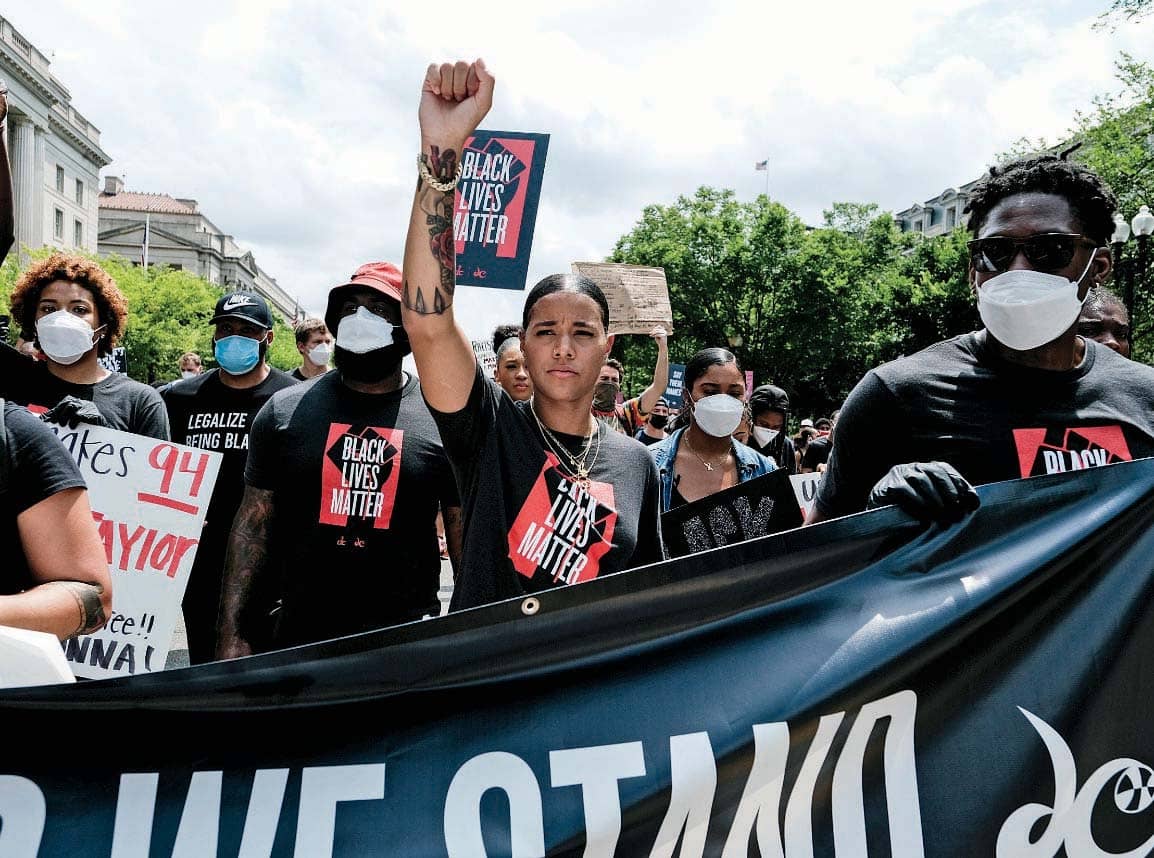 NATASHA CLOUD HAS ALWAYS FOUGHT FOR WHAT’S RIGHT. BY OPTING OUT OF THE 2020 WNBA SEASON TO FOCUS ON SOCIAL JUSTICE, THE REIGNING CHAMP CONTINUES HER FIGHT TO MAKE A DIFFERENCE IN THE BLACK COMMUNITY.

IN 1963, HUNDREDS OF thousands of Black Americans marched in Washington, DC, with one of the country’s Freedom Riders John R. Lewis’ words ringing in the background: “Get in and stay in the streets of every city, every village and hamlet of this nation until true freedom comes, until the revolution of 1776 is complete. Today, the same holds true for one of the biggest activists in the WNBA, Natasha Cloud.

As the game clock dwindled on October 10, 2019, Natasha Cloud and the Washington Mystics achieved what they had fought for all season long: their first-ever WNBA championship. After a grueling five-game series, Tasha stood atop the media table on the court reciting the verses to “Dreams & Nightmares,” the ultimate championship song for a kid from Philly. A year filled with blood, sweat and tears resulted in what every young hooper dreams of.

When she walked away from the court that night, she had no idea what was to come. In the months leading up to the 2020 season, where the reigning champs are meant to defend their title, the world changed. We saw one viral disease spread across our society, and another disease—one Tasha has known to be alive and well for as long as she can remember—be exposed: racism.

On May 25, the world watched as those sworn to protect murdered George Floyd. For eight minutes and 46 seconds, America got a glimpse of what it’s like to be Black in this country. Since then, it’s been nearly impossible for Cloud to direct her attention to anything else. It’s a reality that she’s lived day in and day out her entire life. When it came down to whether or not she would play in the 2020 season, there was a lot on her mind beyond the game.

“It was just really hard to focus with Breonna Taylor being murdered and her murderers still not being locked up, as well as George Floyd’s murder,” Tasha tells SLAM. “It’s really hard to think about basketball at this point, and regardless of my status as a WNBA champion, when I take that uniform off, this is my reality every single day.”

For Tasha, that reality revealed itself yet again recently.

Earlier this month, the 2019 champion had just signed a huge deal with Converse and was looking to make a new purchase. Excited to celebrate her triumphs, she made her way to a local BMW dealership in her hometown of Philadelphia. The minute she stepped in, before having even spoken to anyone about what she was looking to buy, the salesman directed her to the pre-owned section.