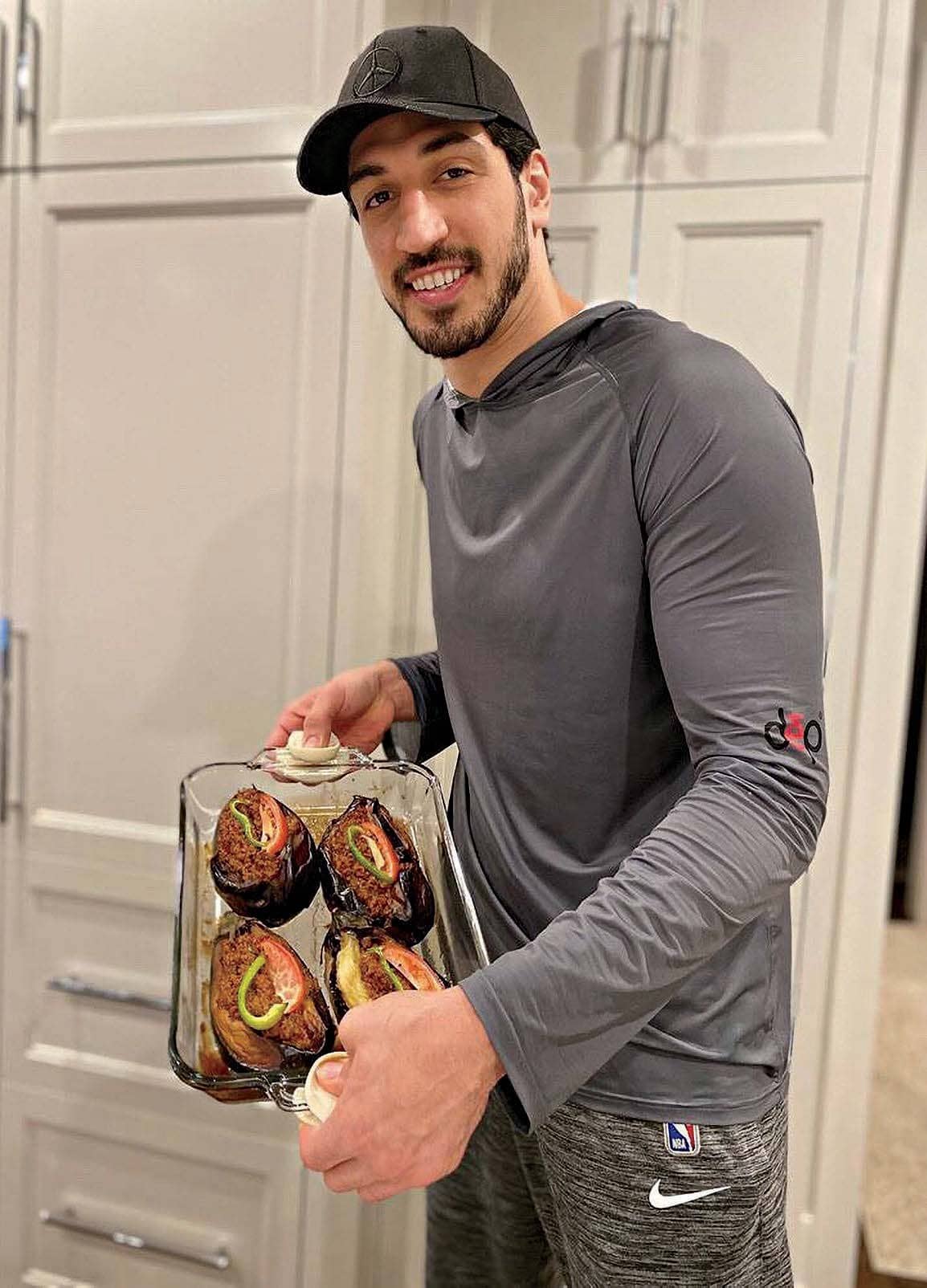 AS THE WORLD SHUT DOWN IN MARCH DUE TO THE CORONAVIRUS, EVERYONE HAD MORE FREE TIME THAN WE KNEW WHAT TO DO WITH. CHECK OUT WHAT YOUR FAVORITE PLAYERS WERE UP TO DURING THEIR HIATUS.

“I REMEMBER MY mom always used to tell me, Son, learn how to cook. I’m not going to be there [to do it] for you for the rest of your life,” says Celtics big man Enes Kanter, laughing.

Life for an NBA player can obviously be hectic. The traveling is strenuous and exhausting. Meals are often had on-the-go, in hotel rooms, on planes or at arenas. Time is tight and convenience is everything. Learning how to cook just isn't at the top of the priorities list.

But then, in mid-March, everything changed. As the coronavirus spread rapidly around the world and players began testing positive, the NBA shut down.

Now, as the League is set to restart in Orlando, fans and media alike are refreshing their brains on where we left things off in the 2019-20 season.

But before we get to that and attention turns back to whatever happens inside the Disney World bubble, there’s another question worth asking: What have players been up to? For many, this is the longest they’ve gone without competitive basketball since early childhood. How did they fill that void?

Well, Kanter finally got the chance to make his mom proud. His first cracks at cooking admittedly ended with him hunched over a bowl of cereal. But he persisted, determined to master the art while he was stuck at home.

“I started making steaks, chicken wings, cookies, all that stuff—I was really trying to perfect my cuisines,” he tells SLAM. “I improved so much. Now if you put me in a kitchen and give me a recipe, I can cook it easy.”

Cooking was a pursuit that many, in and out of the NBA, turned to while in isolation. Same with reading and binge-watching TV shows. Kanter has been enjoying an inspirational book recommended by Celtics head coach Brad Stevens, Leaders Eat Last. Jaylen Brown, another member of the Cs, studied French in his free time. Teammate Jayson Tatum took up golf, training with respected instructors and providing his followers with updates via Snapchat.

Music was another outlet for players. Reigning MVP Giannis Antetokounmpo and Patty Mills practiced the guitar, while Jamal Murray picked up piano (Kanter tried to as well, only to find that his fingers were too big and he kept hitting the wrong keys). Rappers like Damian Lillard, Lou Williams and Lonzo Ball were in the studio working on projects.

Denver guard Troy Daniels got really into photography. He bought a Canon 6D Mark II camera a couple of years ago, but until March, it had mainly just been collecting dust on a shelf somewhere in his house.

“I picked the camera back up and was literally on YouTube and online every day trying to figure out the settings, shooting in manual and stuff like that,” he says. “It got kind of nerve-wracking because there was so much stuff to learn. It’s not just picking up a camera and pressing a button, and I think a lot of people don’t understand that.”