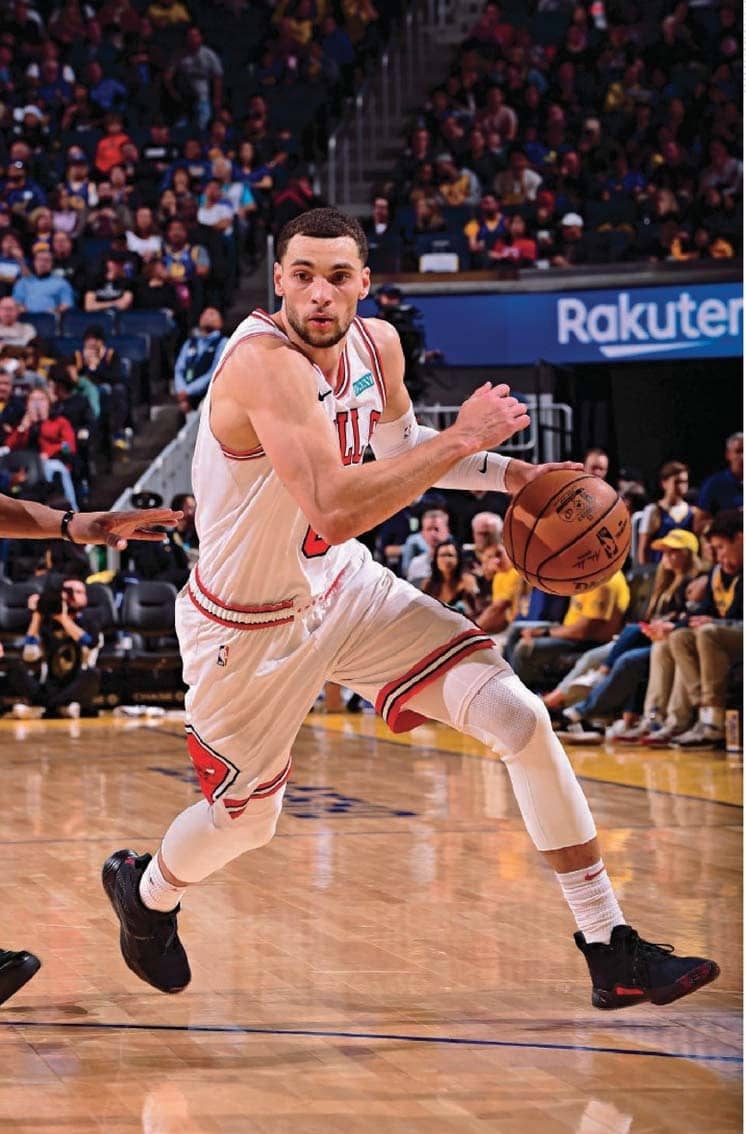 Yes, he’s a two-time Dunk Contest champ and highlight machine. But as he continues to show in his third season with the Bulls, Zach Lavine is so much more than just a high-flyer. Chi-Town, stand up.
ABE SCHWADRON

ON THE NORTH side of The Merchandise Mart in downtown Chicago, in the shadow of the El train between Franklin Street and Wells Street, there’s a famously delicious, but eminently inconspicuous speakeasy-style steakhouse called Bavette’s.

This is one of Zach LaVine’s favorite restaurants in Chicago. You might find him ordering a steak here on an off-day. Since arriving in a 2017 Draft-day trade, the Seattle native has made the Windy City his home—and we know this, because he knows about Bavette’s.

“As easy as it looks on TV, it’s that easy,” Bulls teammate Shaq Harrison says with a laugh. “It still amazes me how easy it is for him.”

It’s a Saturday afternoon in January, about a month before All-Star Weekend descends on Chicago, and last night was one of those nights for LaVine; he erupted for 43 points against the Pacers, albeit in a loss. The team landed in Detroit around 1:30 a.m., so LaVine slept in before heading down to the hotel restaurant for lunch. In between bites of salmon and rice, he reflects on the evolution of his skill set and what it’s like to play every home game in the stadium that MJ built.

SLAM: How were you able to handle being traded from Minnesota to Chicago as a 22-year-old?