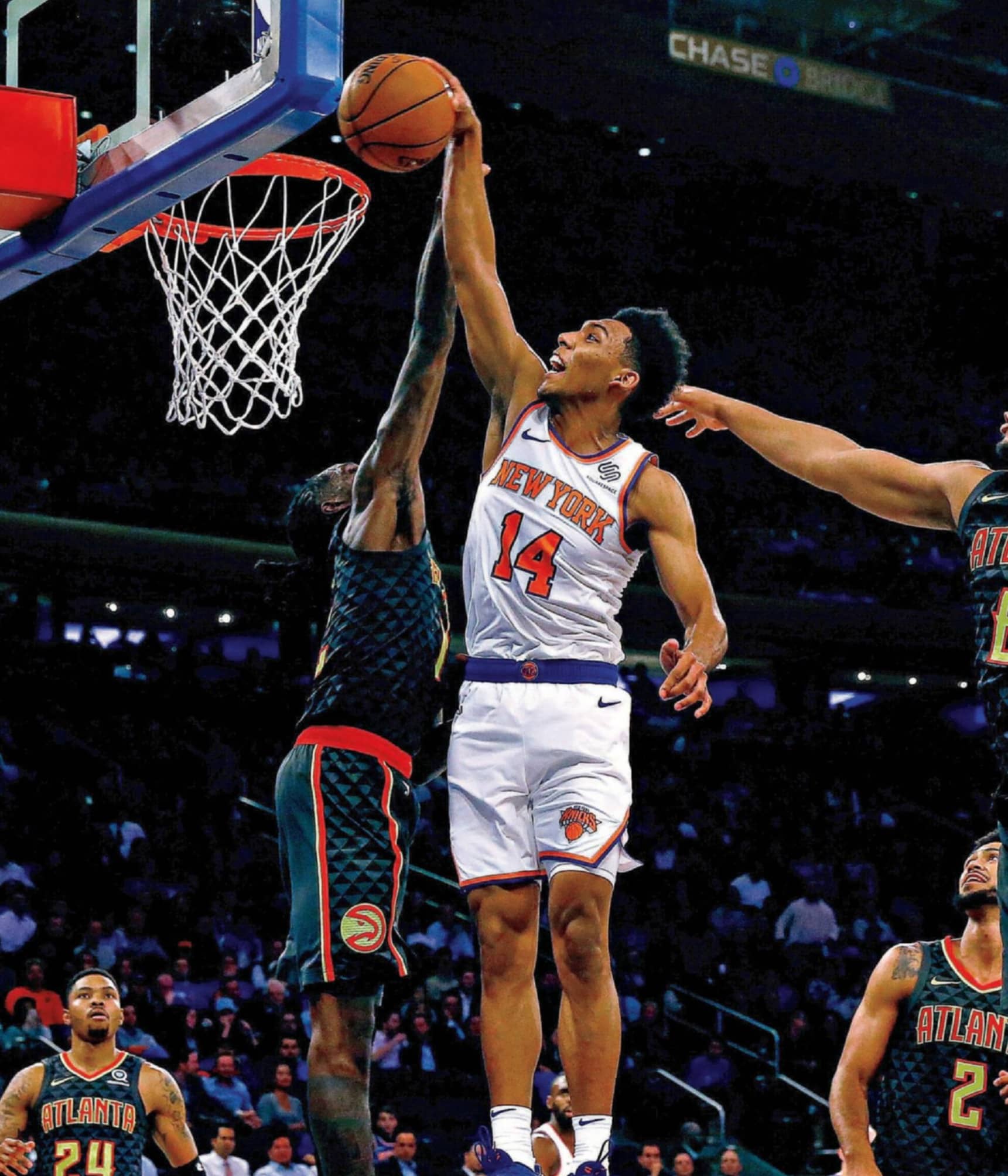 ALLONZO TRIER didn’t storm into the NBA the way you might’ve thought he would had you followed his hype-filled childhood. But he’s kept a level head and is becoming a strong piece of the Knicks’ increasingly bright future.

Allonzo Trier had to think quickly. He only had a moment to make a life-changing decision during the middle of the 2018 NBA Draft. The 35th pick had just passed and the Knicks were on the board. Right before selecting Mitchell Robinson, executives from the team made a phone call.

“After the Knicks picked at 36, I kinda knew I was gonna go undrafted,” Trier remembers. “They had called right before they made their pick. They had basically offered me the deal. I listened to a few teams call at, like, 41, 43, 46, and they were all places that I didn’t feel were great fits. My agent told me ‘You can have the option of hearing your name called tonight and you can go to a situation where I don’t know what it’ll be like for you. Or you can be undrafted and go play with the Knicks. Unfortunately you won’t be drafted. You won’t hear your name called tonight.’ We gave it thought and we turned those other teams down and we accepted the Knicks deal.”