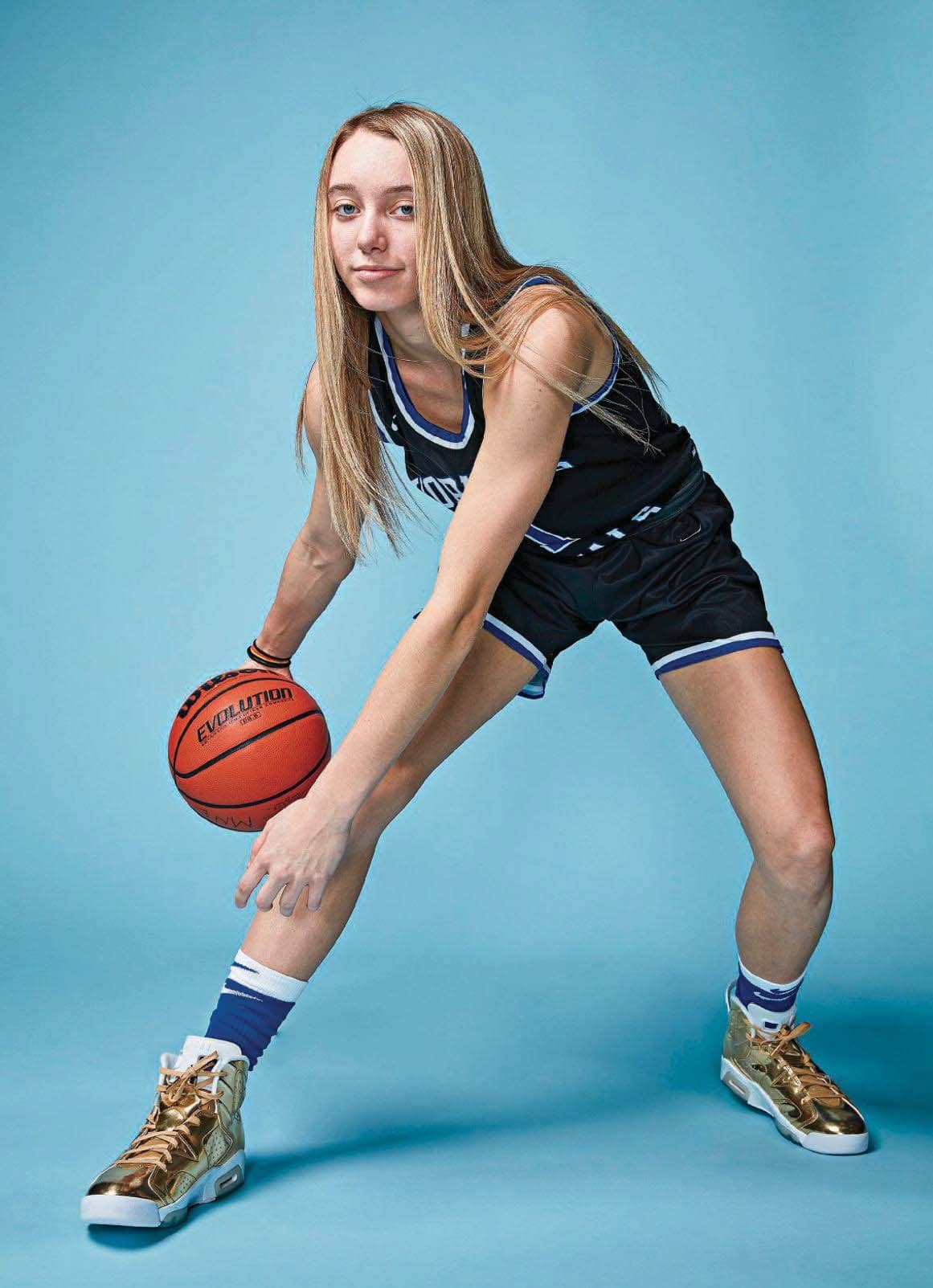 With her wildly entertaining no-look dimes and effortless crossovers, class of 2020 guard Paige Bueckers’ game garners likes and retweets on social media every night. After she wraps up her remarkable career at Hopkins HS, she’ll take her version of Showtime to UConn, and then straight to the W.
RYNE NELSON

THIS PAST December, when SLAM reached out to Paige Bueckers to tell her that she was going to be on the next cover, she responded with just two words: “Why me?” Bueckers, the No. 1 high school girls basketball player in the country and UConn commit, had just received a wave of honors, including the prestigious USA Basketball Female Athlete of the Year award. But SLAM cover star? She didn’t see that coming.

“Seeing all the people who were on [the cover] before, I was like, Why me? I’m just a little white hooper from Minnesota,” she laughs. “Seeing that I was going to be on the cover as a high school athlete, it was just amazing, especially because the women’s basketball game doesn’t get as much love.”

Fewer than a handful of high school athletes—Bueckers included—have appeared on a solo SLAM cover over the course of the brand’s 26-year history. That could be some added pressure for an 18-year-old who is already viewed as one of the rising stars of women’s basketball.

But Bueckers has a different relationship to pressure. She seeks high-stakes situations because, quite simply, she wants to be great. Pressure is baked into the path she’s taken.

So when Geno Auriemma told reporters that he expects Bueckers to bean integral part of a UConn title run next season, the pressure didn’t faze her. “Coach told me pressure is when someone’s asking you to do something that you can’t do,” Bueckers says.

But what really drives Bueckers— more than any accolade, trophy or championship—is achieving her full potential. She made a pact with her best friend and 2021 No. 1 recruit Azzi Fudd that they would push each other to become the greatest they can be (“and that would be the greatest of all time”). With a goal as lofty as that, it’s easy to see why expectations of winning NCAA championships or having a solo SLAM cover as a high schooler wouldn’t seem like pressure at all.

With a mentality like that, how can you not bet on Paige Bueckers to succeed?

IT’S A TYPICALLY cold and snowy day at Hopkins High School in Minnetonka, MN. The school’s field house contains six full-size basketball courts to accommodate the community throughout the frigid months when it’s too cold to go outside. At least 50 state championship banners stretch across the wall—the latest, a 2019 girls basketball state title.

Gunna and Drake reverberate off the walls as Bueckers poses for the camera in her black high school uniform with royal blue trim. Completing the look with the “Pinnacle” Air Jordan VIs and her signature dutch braids, Bueckers’ photo shoot drip is as swaggy as her play on the court.