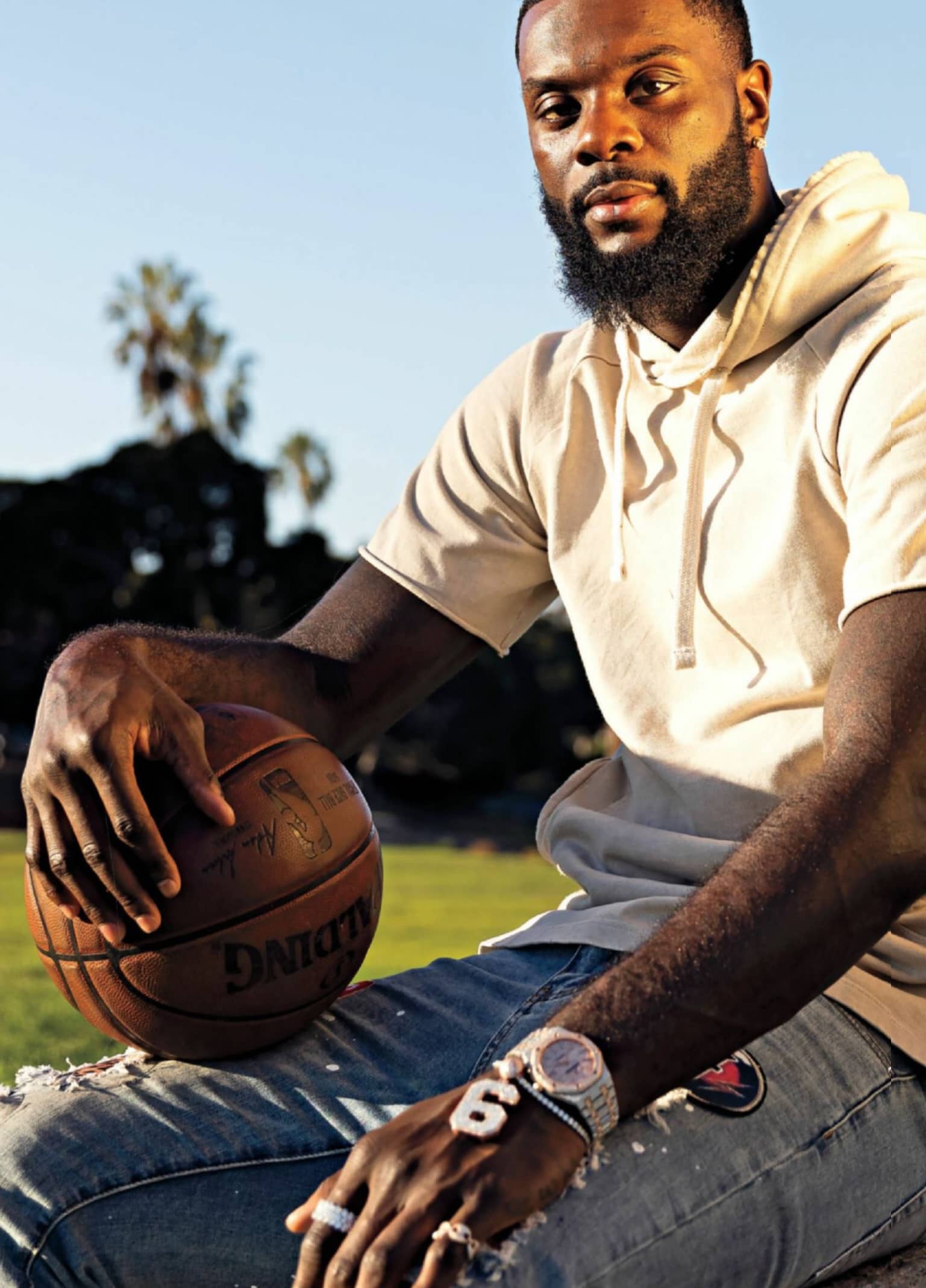 After battling through multiple injuries, 10-day contracts and even being waived over the past three seasons, 28-year-old LANCE STEPHENSON has returned to Los Angeles, where he’s quickly become a fan favorite under the bright Staples Center lights.

WALKING THROUGH THE PLAYA DEL REY beachside community on a Monday afternoon in early November, Lance Stephenson is all smiles. He’s back living in the same nearby Los Angeles community he resided in just three years earlier when he was a member of the Clippers. And while he’s opted for the familiar scenery in his return to L.A., his journey back to Staples Center has been a bumpy roller-coaster ride that has brought him back to La La Land with a different mindset after a tumultuous three years in the Association.

In the summer of 2015, the Charlotte Hornets traded the 6-5 Brooklyn guard to the Clippers in exchange for Matt Barnes and Spencer Hawes. His time in Los Angeles would end up being a quick and frustrating one, as his playing time dwindled from the start and he never truly found his rhythm and role within the rotation. Eventually, by the time the trade deadline came around, Stephenson’s stint in L.A. had come to an end—he was subsequently traded to the Memphis Grizzlies in exchange for Jeff Green. The short-lived tenure in Los Angeles, which surely left a bad taste in Stephenson’s mouth, led to a three-year expedition that ultimately brought him back to the City of Angels—this time in the purple and gold as he looks for a little redemption.

After he was moved to the Grizzlies, Stephenson’s time in the League got even rockier. Despite averaging a career-best 14.2 points per game in his 26 games with the team to finish off the regular season in Memphis, including a career-high 33-point performance against the New Orleans Pelicans and then a 26-point outing in the playoffs against the San Antonio Spurs, the franchise declined to pick up his team option for the final year of his contract.

This would lead to the toughest point in his career: the 2016-17 campaign. He signed with the Pelicans that offseason but after suffering a groin injury just two weeks into the regular season, which ruled him out for six to 10 weeks and required surgery, he was waived by the team just three days later. He waited around for a call from another team for three months before the Minnesota Timberwolves, who had lost guard Zach LaVine for the remainder of the season to an ACL injury, called offering only a 10-day contract. Yet less than a week after signing with the Wolves, Stephenson found himself battling another nagging injury—this time a grade 2 ankle sprain. He’d nonetheless earned a second 10-day contract with the team before being waived by the franchise after only appearing in six games