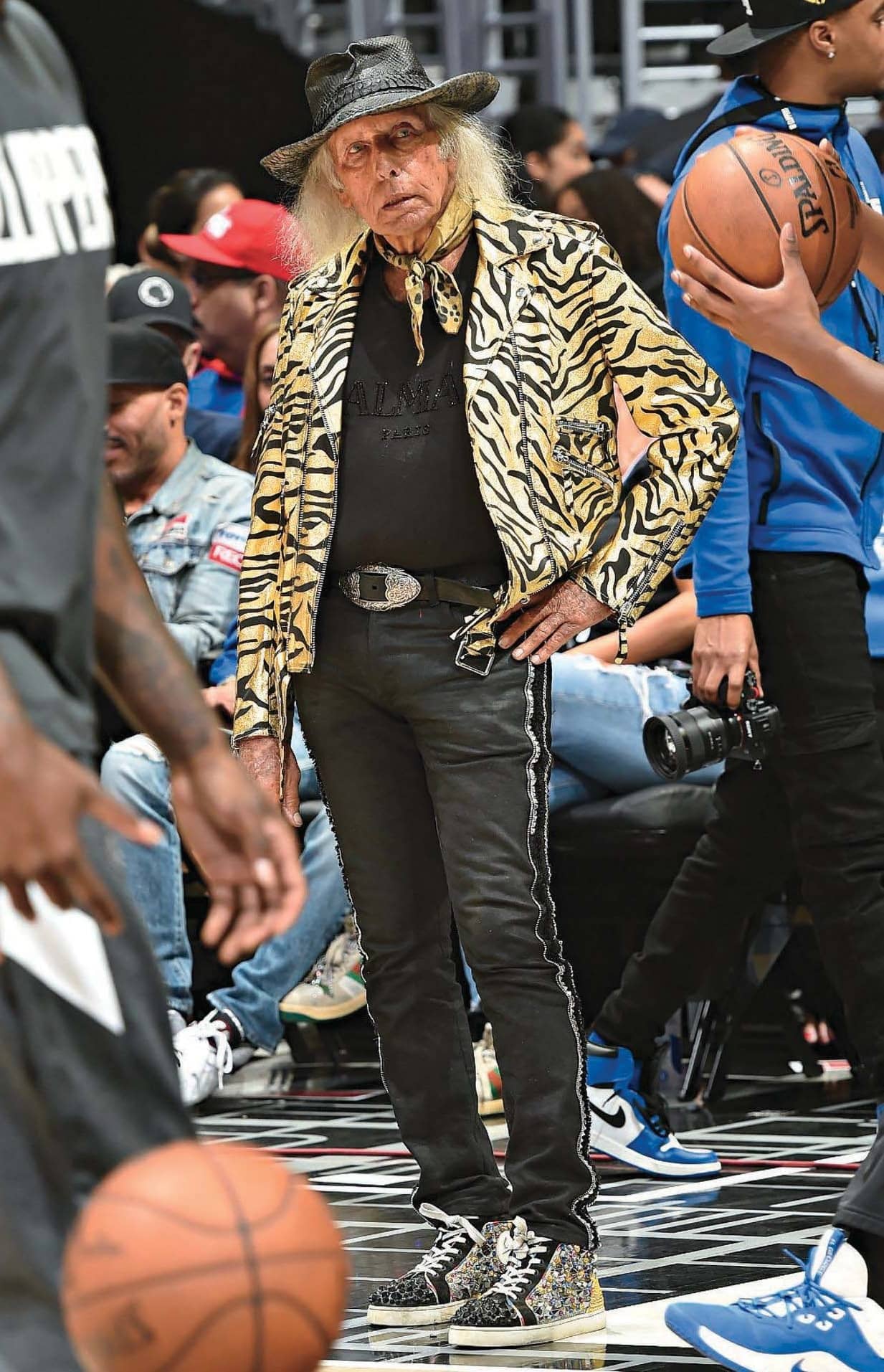 Jimmy Goldstein, one of the biggest NBA fans in the world, has been courtside at STAPLES rocking @LeagueFits-worthy gear ever since the 1960s. Take notes.
DREW RUIZ

JIMMY GOLDSTEIN isn’t hard to find. Chances are if you’ve attended a game at STAPLES or watched on TV, you’ve noticed an older gentleman, the one dripped up in five-figure Balmain jackets, exotic animal skin print hats and a neck scarf, always near the opposing team’s bench. Regardless of who’s in town, players will come up to the NBA’s 80-year-old superfan to chop it up and take pictures during pregame warmups.

On his Instagram account—with close to 100K followers—there are pictures with everyone from Kevin Durant to Paul George to PJ Tucker. Tucker, who’s known for his kicks and a @LeagueFits favorite, is a favorite of Goldstein’s, too.