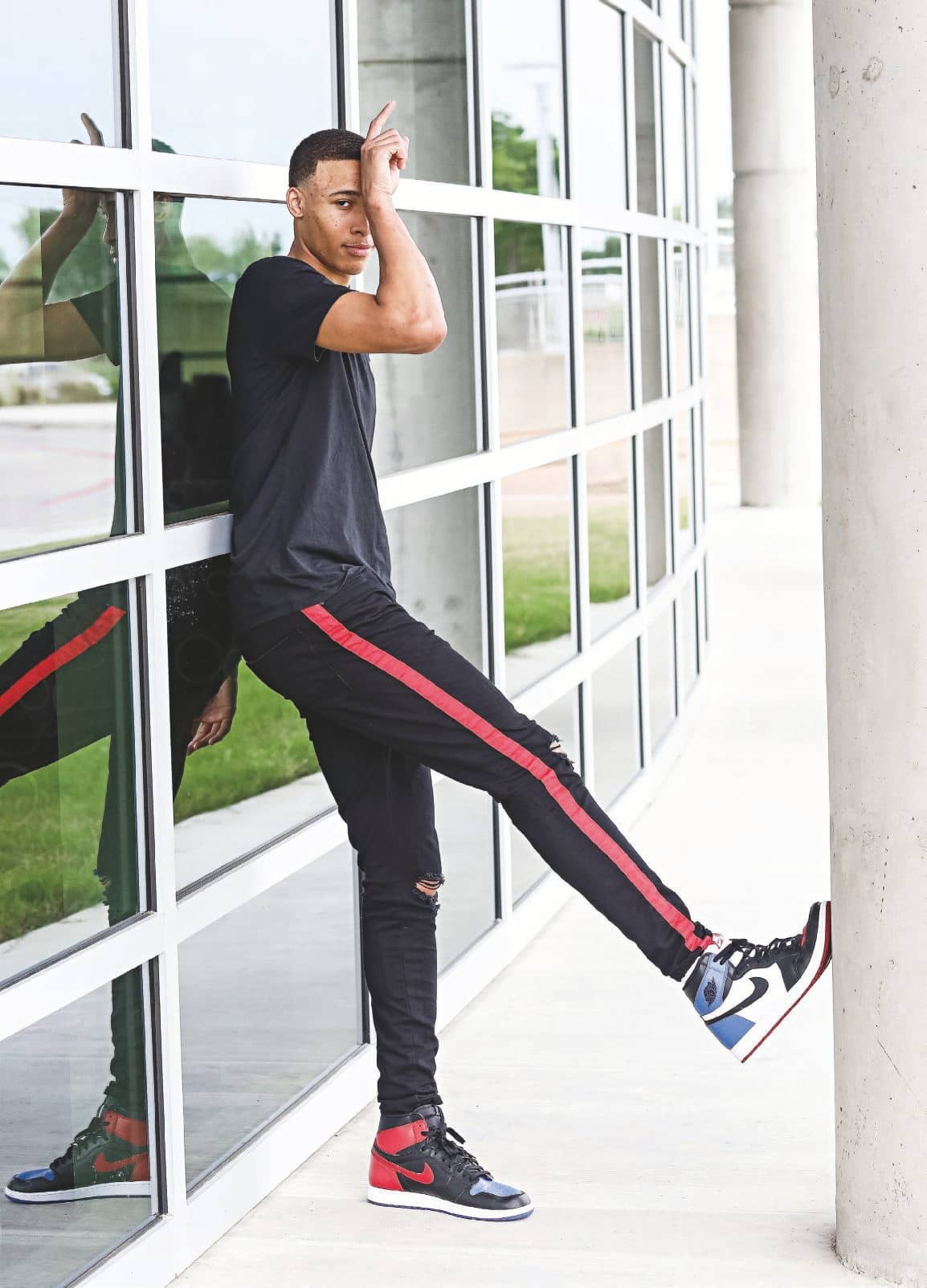 Eighteen-year-old RJ Hampton is blazing his own trail, bypassing college hoops in favor of playing in an Australian pro league before heading to the NBA. And if you’re doubting his decision, the joke will be on you soon enough.

The best advice RJ Hampton ever got came via DM, courtesy of Kyrie Irving. The NBA All-Star followed the high school All-American on Instagram a while back, and once they got to talking, Kyrie dropped a gem. As Hampton remembers, “He basically said, ‘Be you—don’t let anybody tell you that you can’t do something. You’re the one that’s going to define your game.’”

If you’d heard Hampton share this story when we did, a couple of weeks before he went on ESPN to announce the next step on his path to the NBA, that message from Kyrie would’ve been echoing in your brain. That was when Hampton made clear he was ready to define his game—and his place in it—and wouldn’t be limited by precedent or expectation. As he told a national audience that morning in late May, he’s bypassing college to play professionally next season with the New Zealand Breakers of Australia’s National Basketball League. With that decision, one of the top-10 players in the 2019 class—reclassified only weeks earlier from 2020—signaled he was ready to begin his professional career, on his terms.