NO MERCY, NO FEAR 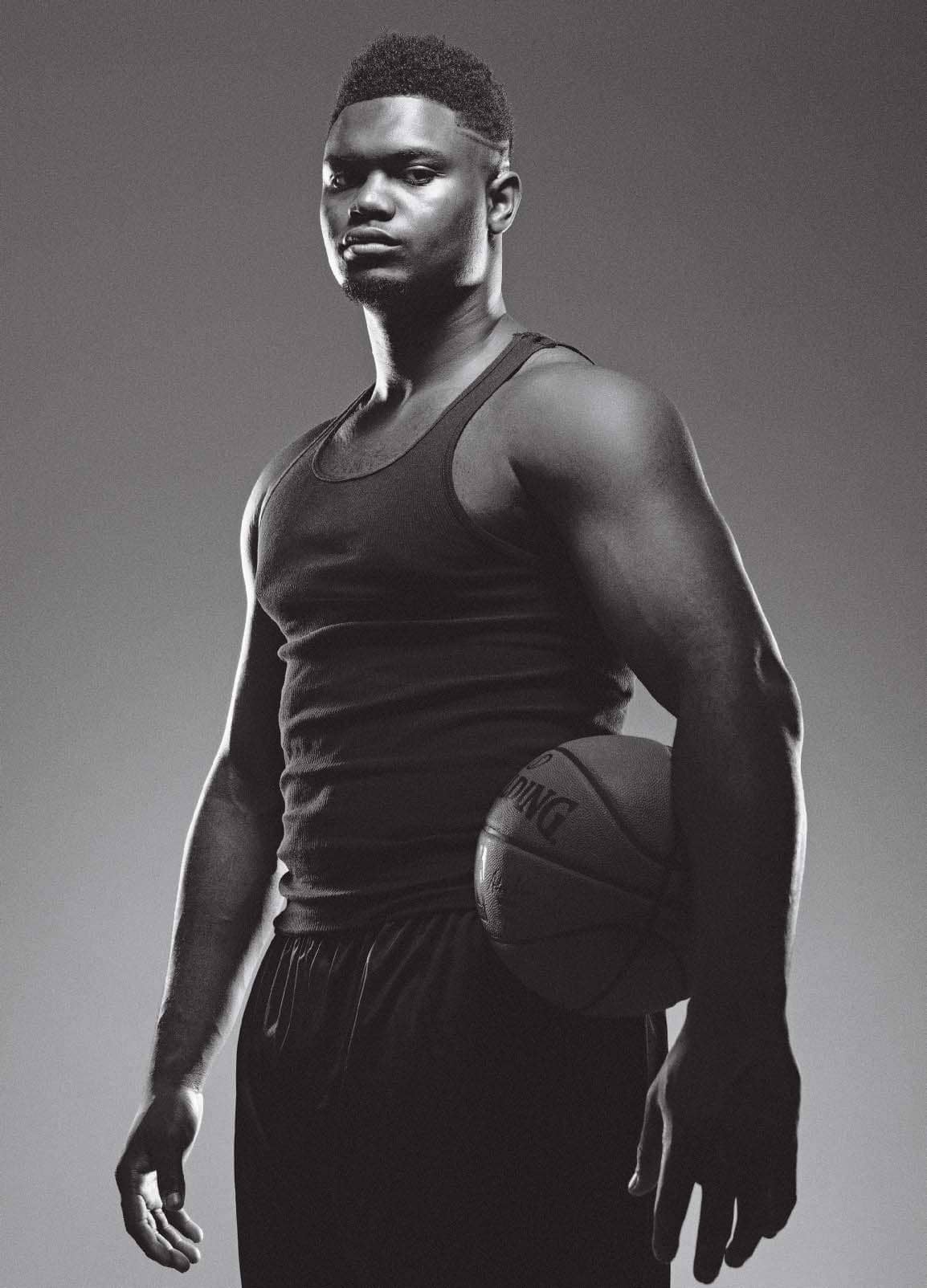 THE NBA IS BACK AND NEW ORLEANS PELICANS STAR ZION WILLIAMSON IS AS CONFIDENT AS HE’S EVER BEEN. LET THIS BE YOUR FINAL WARNING.

THE SUV PULLS up to the back entrance of a nondescript industrial-looking building in the Warehouse District of New Orleans. It’s the last Sunday of June and the downtown streets in The Big Easy are calm and quiet as the car drives up to the discreet door in the back of the building. Although the building is empty, there is no room for error when the city’s biggest star—and quickly rising as one of the main faces of the NBA—is pulling up to an unfamiliar location.

When the car doors open, though, the vibe changes completely. The necessary pre-arrival safety measures and planning is a far contrast to the feeling that suddenly takes over the building. Zion Williamson, sporting his trademark ear-to-ear smile, and accompanied by his family, arrives to his cover shoot with the same happy aura he’s had since his first SLAM cover shoot back in Spartanburg, SC, in 2017, when he was just a 16-year-old phenom with a plethora of “could he” questions around his name.

While a lot has changed since, the foundation still remains the same. For Zion, it’s always been about letting his game do the talking on the court, while not looking to draw any unnecessary attention away from it. It’s why he arrives at the shoot with just his family, as he’s done at both of his previous solo SLAM cover shoots. There is no entourage or large group of friends rolling up with him. No team of publicists or handlers on set. No stylists with suitcases full of designer clothes for him to show off in front of the lenses.

In an era when many professional athletes, and especially NBA players, are expected (and many pressured) to be Renaissance men by proving their versatility and star value off the court, Zion is a refreshing change by continuing to do things his way. He isn’t trying hard on social media—there aren’t any fit pics or photos of him in front of expensive cars, in plush homes or any other behind-the-scenes testaments to the luxury of being a star on his Instagram account. In fact, out of the 63 posts he has on his IG grid as of mid-July, all of them are either basketball-related or brand commitment posts, with the exception of a handful where he is just shouting out close friends.

Many would refer to the aforementioned flashy posts as part of a player’s “brand building” strategy, but Zion has chosen to not partake in any of that extra stuff. And yet, he’s one of the most followed players in the NBA with an ever-growing list of endorsement deals— Jordan Brand, Gatorade, Mountain Dew and 2K Sports, to name a few—without doing any of it. His personality and on-court performance have done all the brand-building needed.

Therefore, it is only fitting that Zion opted to go with a modest look for his first solo SLAM cover as a pro. The plain workout fit perfectly depicts his outlook at this stage in life—focused on continuing to shatter records and cement his status in the League. All that other stuff is irrelevant.

After Zion makes his way up to the fifth floor, the photographer engages in some small talk to get the vibes flowing. Making it challenging and strange is the fact that everyone on the production side is wearing masks, gloves and keeping their distance from Zion in an effort to follow all COVID-19 precautionary measures with the Pelicans star preparing to enter the Orlando bubble in a couple of weeks. The photographer begins throwing out questions in an attempt to get Zion to produce different facial expressions based on his answers. One of the questions is about Zion’s mindset heading into Orlando. He grins and then responds, “Like, the summer is mine!”