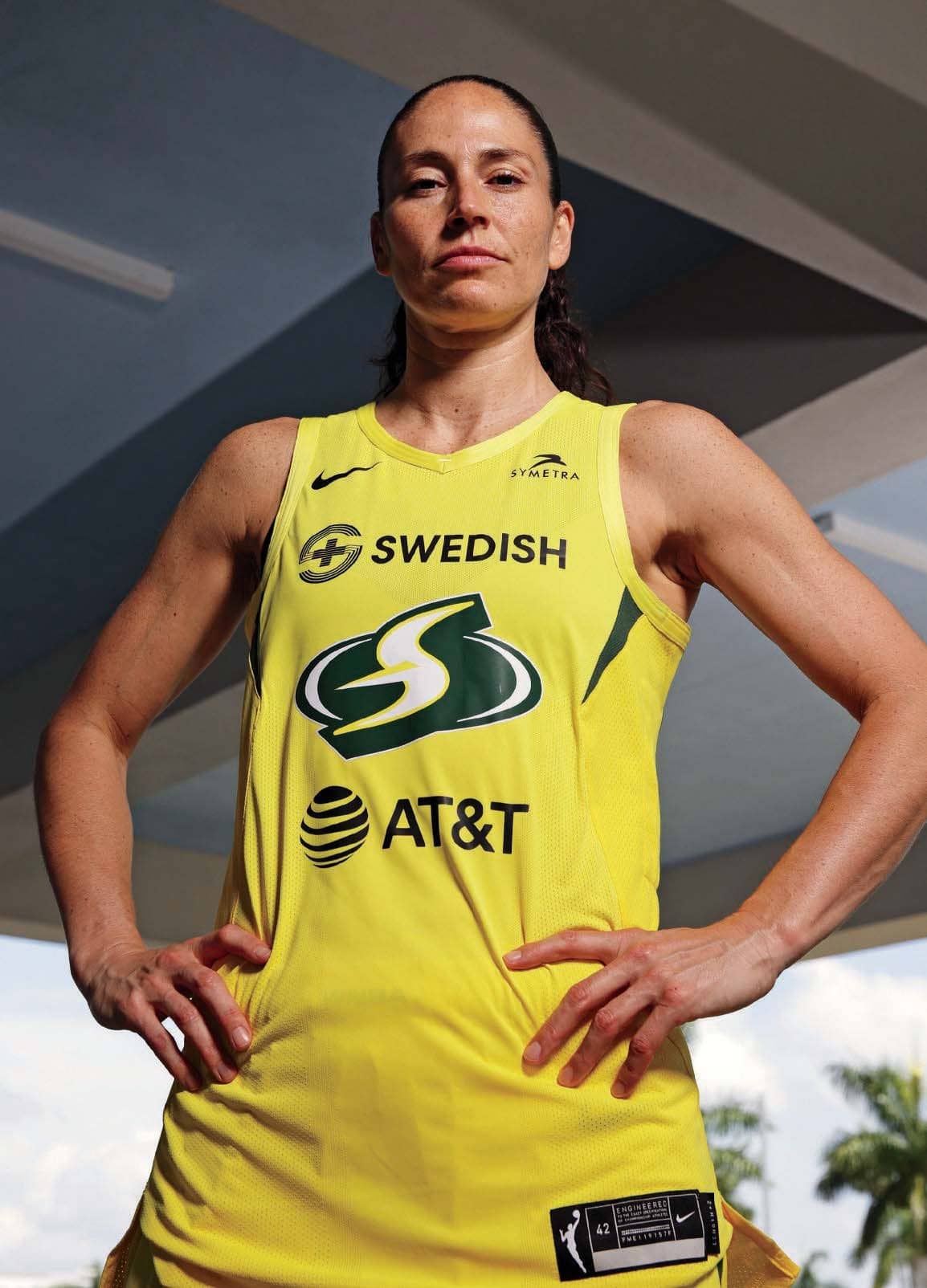 AS SHE BEGINS HER 19TH SEASON IN THE WNBA, THE SEATTLE STORM’S SUE BIRD RECALLS HER EARLY DAYS IN THE LEAGUE, WHAT IT’S BEEN LIKE IN THE WUBBLE AND WHY SHE WORKS SO HARD TO MAKE THE GAME BETTER FOR FUTURE GENERATIONS.

IN THE 14TH AND 15TH centuries, the world saw a surge of insanely talented individuals mastering specific crafts, from mathematics to art and science. Leonardo da Vinci, Lavinia Fontana and Michelangelo were some of the influential men and women who made up the historic Renaissance period. Back then, they were known as “Renaissance” men or women, but today, we use the word icon to describe those whose reach goes beyond their profession. Few have earned the right to have the term attached to their name, but if there’s one hooper who is the exact definition of an icon, it’s Sue Bird.

Year 19 is approaching for the WNBA’s all-time assists leader, but this year is unlike any other. As opposed to prepping for the season in the cool Seattle air, Sue’s days have been filled with practices, media and film sessions in the WNBA bubble at IMG Academy in Bradenton, FL. Even through the unforeseen circumstances, Sue has remained the calm, collected vet that she is, ready for another run at a championship.

An iconic career within the game of basketball was something that a young girl from Syosset, NY, never, ever dreamed of.

Sue picked up a basketball at 5 years old to copy her big sister. Growing up in the early ’90s, she played the game for the same reason we all did: it was fun. At that point, there was no thought of turning that game into a true career. The WNBA didn’t exist yet, and many professional women’s leagues had failed over the course of the ’70s and ’80s. Organized professional basketball beyond the Olympics was not an option for women in the United States, so many of the greats were forced to take their talents overseas or stopped playing altogether after college.

Finally, in 1996, the late NBA Commissioner David Stern had a vision and announced the creation of the Women’s National Basketball Association. By then, Sue had entered high school and transferred to Christ The King (NY) HS, one of the top basketball programs in the country, for her junior year.

“I’m probably one of the first classes that got recruited in high school knowing there’s a WNBA,” the three-time WNBA champ tells SLAM. “That last year of high school, I kind of knew college could help me get to the WNBA, but even that was just a thought. There weren’t any players to follow in their footsteps. I didn’t even know if there was going to be an actual draft class. Of course, there were the Lisa Leslies, the Rebecca Lobos, the Sheryl Swoopes and probably some players in between, but no one had an 18-year career at that point.”

With the idea of potentially turning pro after college, it was only right that she committed to one of the best college programs of all time: UConn. The school has become the elite destination for developing women’s basketball players for the next level.

In recruiting the Nassau County prospect, UConn head coach Geno Auriemma didn’t see the flashy play that most college recruiters look for in a top guard. What he saw was a PG who was willing to do the gritty work, had great vision and could direct the offense like a composer, bringing together the pieces to a musical masterpiece.

“She’s going to be someone that, unless you’re paying attention, she’s not going to ‘wow’ you with stats or ridiculous plays. You really have to pay attention,” Auriemma told SB Nation in 2018 about when he first saw Sue play.

Sue had a rocky start to her collegiate career, suffering a torn ACL early in her freshman year. She bounced back her sophomore season, hungry and ready to make a difference. The guard took her first step into the spotlight in a major rivalry game against Tennessee, where she led the team to a win with 25 points.

“In games like that, I like to get everyone else going and everyone else feeling good. Then, you know, sometimes when it hits the fan, that’s when you gotta turn it up,” Bird said on SNY in 2014.

Like 112’s “Only You” featuring Biggie and Ma$e, her game is even-keeled until it’s crunch time and she’s gotta take over.