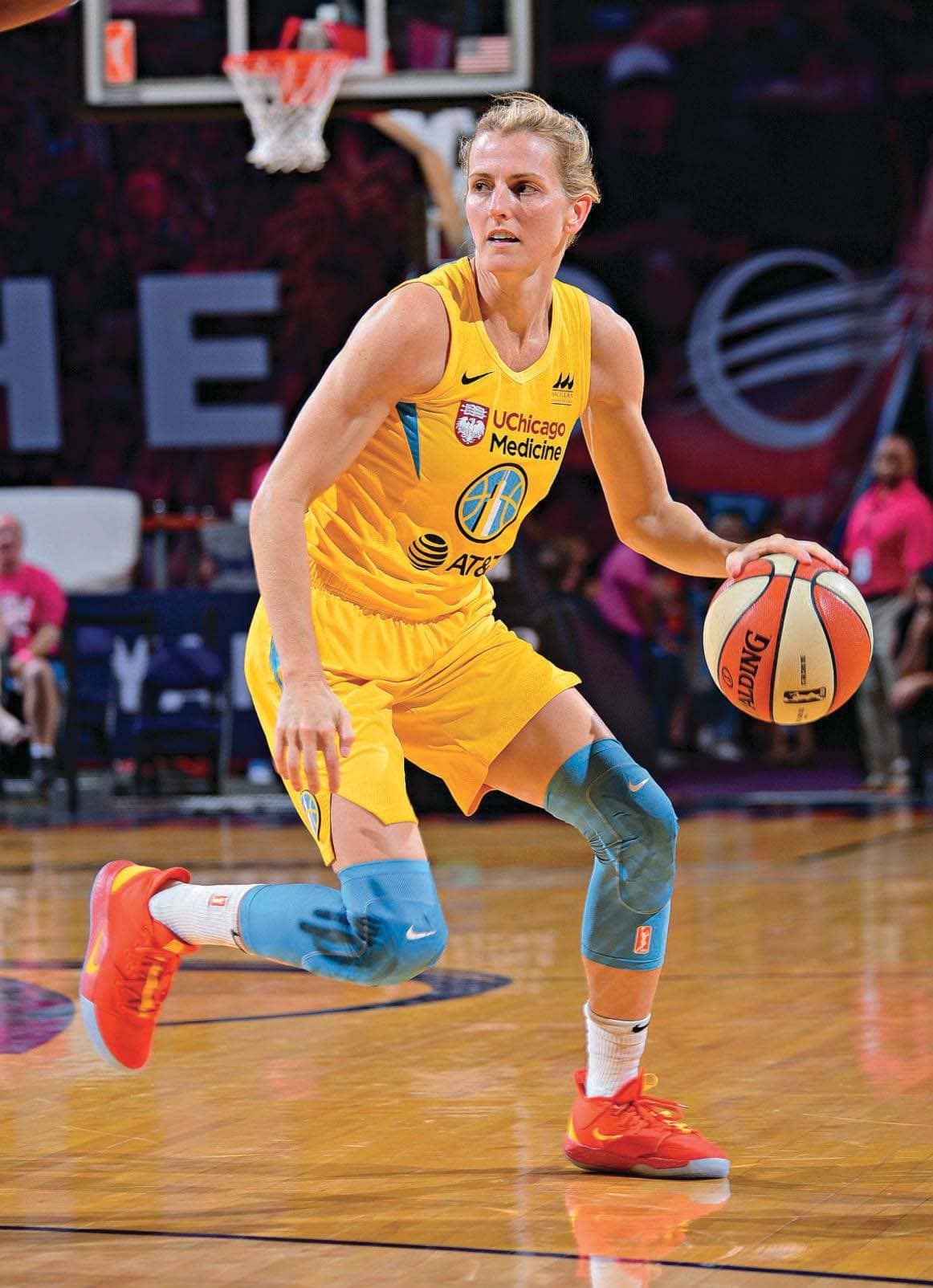 From Joliet Catholic Academy to DePaul University to the Chicago Sky, Allie Quigley has been repping The Windy City since day one.
HOWARD MEGDAL

FEW PEOPLE have greater insight into the basketball madness set to descend upon Chicago for February’s NBA All-Star Game than Allie Quigley. After all, Quigley is the defining basketball player of this Chicago generation.

A Joliet, IL, native, Quigley has blossomed in her pro career thanks to two facts. First, an ability to sink long-distance shots—she has two WNBA three-point contest titles to her name and is the WNBA’s active leader in three-point accuracy at 39.9 percent. And second: Allie Quigley, for her entire life, has been Chicago basketball.

Joliet Catholic Academy. DePaul University. And now, the longest-tenured member of a Chicago Sky team that reached the playoffs in 2019 and has championship aspirations in 2020.

It’s all pretty improbable, especially considering Quigley’s early professional path: A second-round draft pick who struggled to stick on rosters in a variety of other WNBA outposts—Phoenix, Indiana, San Antonio and Seattle.