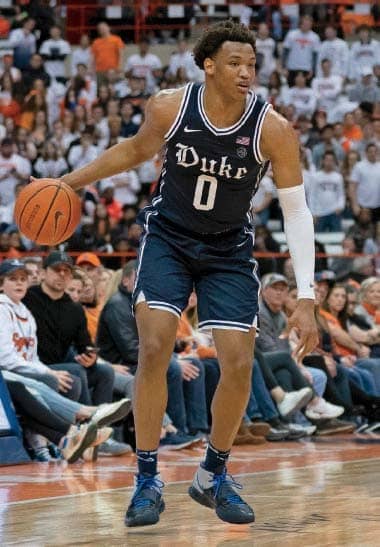 ON HIS ROAD to Duke, Wendell Moore Jr always felt the genuine love and support of his community. Now, in this time of social unrest, he’s been stepping up to bring that same community together to advocate for racial justice. Moore Jr and his girlfriend Marissa Moyer organized a powerful Black Lives Matter protest in Concord, NC. They led a group of locals on a peaceful walk through the neighborhood, pausing at a big intersection to kneel for 8 minutes and 46 (the length of time former police officer Derek Chauvin had his knee on George Floyd’s neck) and gathering to share impactful messages and stories.

SLAM caught up with Moore Jr to discuss his incredible efforts and why the fight must continue.

SLAM: What inspired you to organize the protest in your hometown?

WM: Most of the protests that were held were in the middle of Charlotte. Where I stay is right on the outskirts. Really nothing was [happening] over here. I didn’t want people in the area surrounding me to feel like this problem didn’t involve them. I felt like everybody was involved in the problem and we could help start making the change.

SLAM: How did you turn that idea into an actual protest?

WM: It all started one day when my girlfriend and I attended a protest in Charlotte. I wanted to bring it over to our side of the community, but I really didn’t know how to go about it and where to start. She really helped me a lot. She said, “Why not just go for it?” And from there, we made it happen. She reached out to a lot of people, [including] the Concord police department to try to get a route coordinated for us.