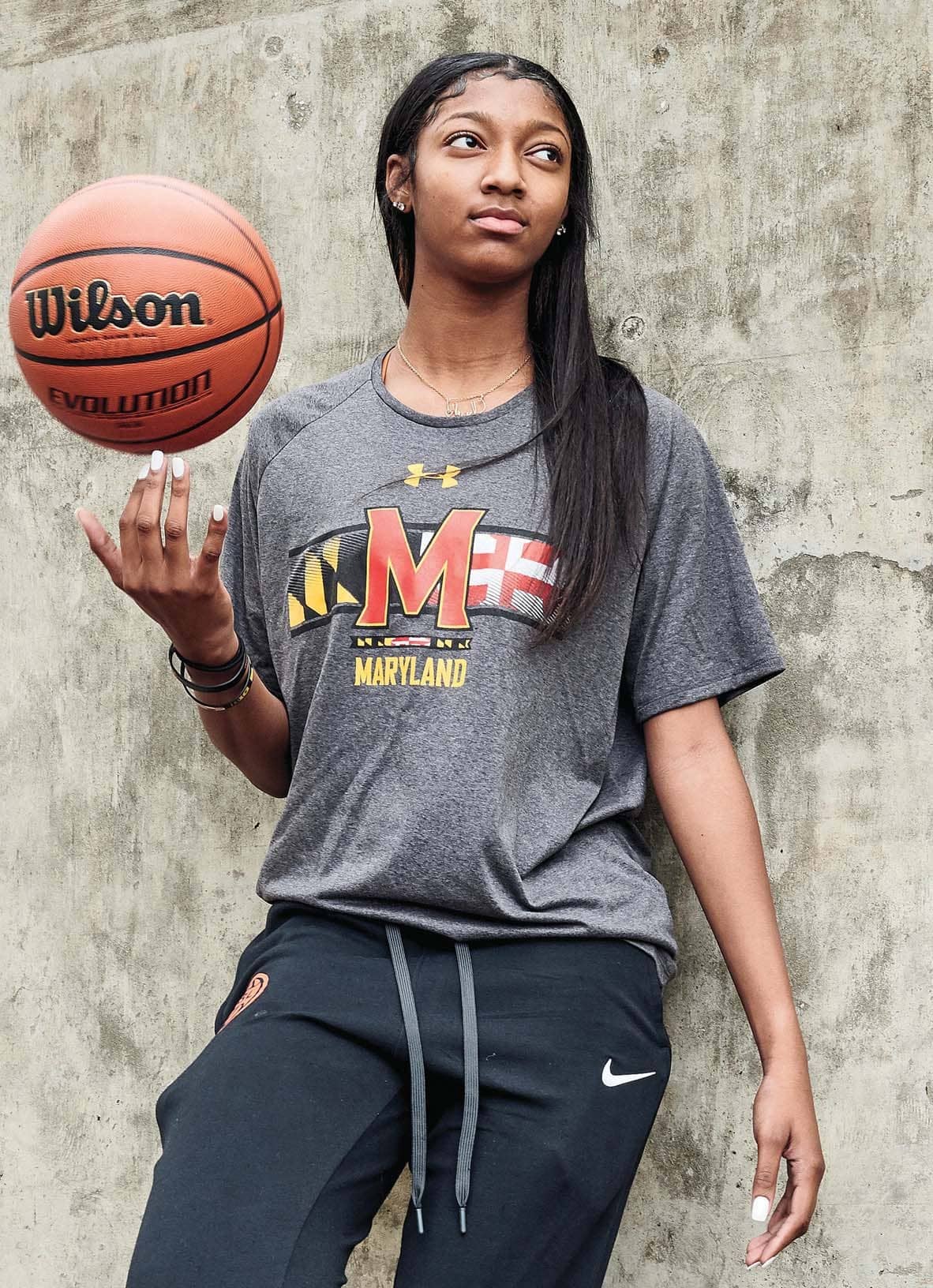 An intense passion for the game has led Angel Reese to reach heights few others have. And with their senior season and a college career at Maryland around the corner, best believe she's still ascending.

Years ago, back when they were both still in grade school, Angel Reese and her little brother Julian played together on a rec league basketball team. “We both wore goggles,” Angel remembers, “so they called us the twins.” All these years later, Julian isn’t so “little” anymore—at 6-9, he’s got about six inches on his sister— and the days when they could share a lineup are long gone. But they’ve still got at least one thing in common. As Angel says, “Now we’re getting recruited by the same kind of schools.”

A 4-star prospect in the 2021 class, Julian’s getting plenty of attention, but his sister is on another level: Angel entered her senior season at Baltimore’s Saint Frances Academy as a 5-star prospect gunning for the top spot in 2020. At 6-3, she’s a true unicorn—” the kid can play five positions and guard five positions,” says her trainer, Jimmy Price—with a passion for the game that separates her from pretty much every other player in the nation.