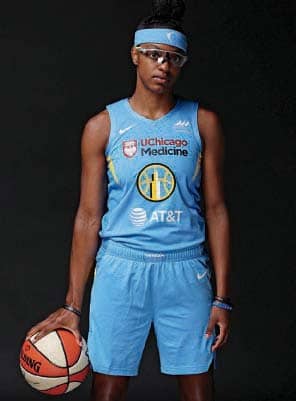 Will The Mystics be able to defend their title without MVP Elena Delle Donee? Will The Sky live up to lofty expectations? Will Stewie lead the storm back to the top? Regardless of what happens, we're just hipe that The W is back.

If there’s one team everyone in the League should fear this upcoming season, it’s the Sky. This Chicago group is one of the youngest in the League, so it’s no surprise that they are also one of the most athletic. Behind prolific scorers in two-time Three-Point Contest champion Allie Quigley and Diamond DeShields, the Sky were second in scoring last season, just behind the champion Washington Mystics. Not only that—they were also second in assists, in large part due to Courtney Vandersloot, the record holder for most assists in a single season. In keeping core pieces like Stefanie Dolson, Cheyenne Parker and Gabby Williams [for more on Gabby, see pg. 64—Ed.], while also picking up Sydney Colson and Azura Stevens, Sky Town has a lot to look forward to in the 2020 campaign. 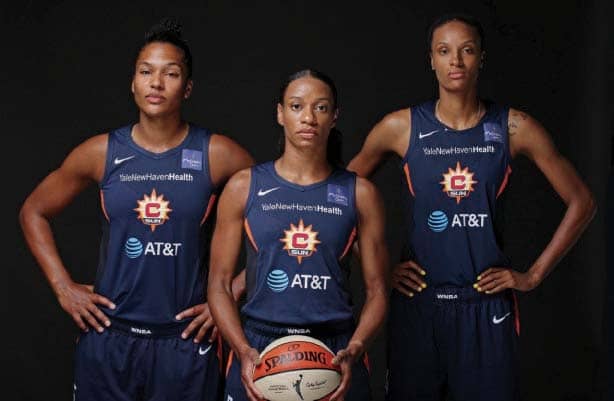 Connecticut came just short of the championship in 2019 with one of the strongest rosters in the WNBA, but this year’s roster looks slightly different. Although they’ll be without leading scorer Jonquel Jones, who has chosen to sit out over health concerns due to COVID-19, they won big time in acquiring DeWanna Bonner during free agency. Along with veteran guards Alyssa Thomas and Jasmine Thomas, Bonner will help fill the major scoring void. The big question for the Sun revolves around team chemistry, having lost on-court leader Courtney Williams, as well as having picked up multiple free agents this offseason. 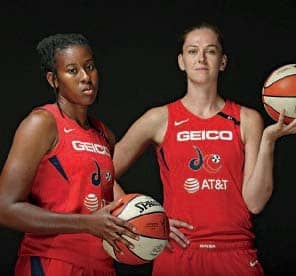 The reigning WNBA Champions will aim to defend their title in 2020, although they’ll be without some major pieces. They took a big hit during free agency in losing Point God Kristi Toliver, and will be without 2019 MVP Elena Delle Donne and free-agent signee Tina Charles due to health concerns over COVID-19. Washington added vet Essence Carson to help fill the void of Natasha Cloud, who has chosen to sit out the season in order to focus on the fight for social justice [For more on Natasha, go to pg. 60—Ed.]. Even without some serious offensive pieces, they still have last year’s Finals MVP Emma Meesseman, who will need to step up once again if the Mystics are to make another deep playoff run.