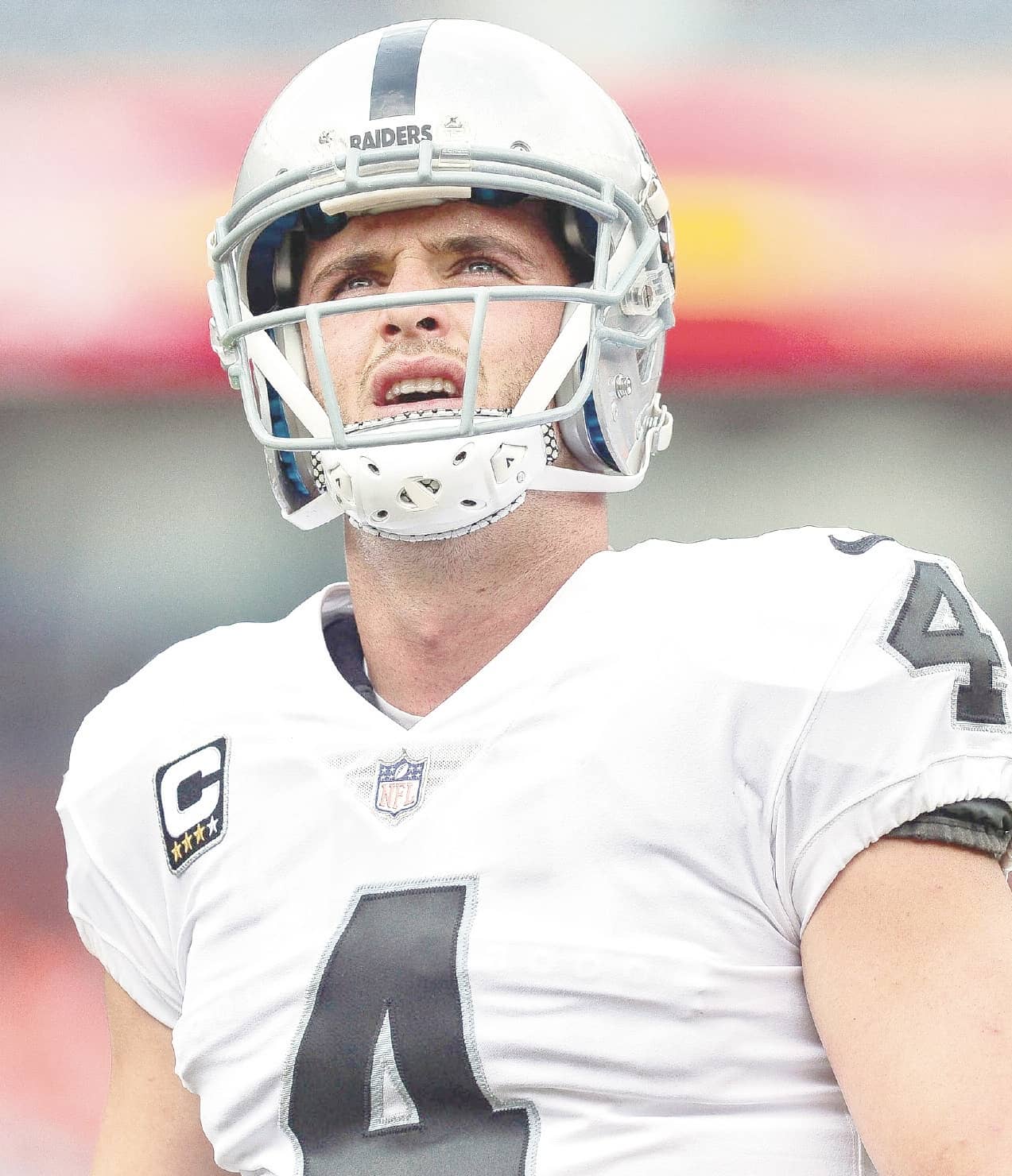 Derek Carr very well may be the most polarizing quarterback that the Raiders have ever had. It’s been that way ever since he entered the NFL in 2014 and very little has changed in the five-plus seasons since.

Take five minutes after any Raiders game and scan social media. There are hundreds of fans chiming in with their support of Carr, no matter whether he plays well or not. They are willing to overlook his mistakes and errant throws, even the head-scratching plays like when Carr intentionally threw a ball into the ground on fourth down last year. Likewise, there are those who simply won’t back Carr in any way, shape or form. A three-touchdown game? It should have been four. Put up 350 yards of passing and they’ll say he should have had 200 more.

It is both perplexing and entertaining, especially for someone who is the most prolific passer in franchise history.

Carr found that out the hard way earlier this season when he passed Kenny Stabler for first place on the Raiders’ career passing chart. While Carr was gracious and spoke glowingly about Stabler after reaching the milestone moment, there was a chunk of fans irritated that Carr’s name would even be spoken in the same breath as Stabler.

You see, Stabler won a Super Bowl. So did Jim Plunkett. Jeff Hostetler never did but endeared himself to fans because of his competitiveness. Rich Gannon was a red-ass to fans and media and was at the center of the Raiders complete meltdown in 2002 when he set a Super Bowl record with five interceptions, three of which were returned for touchdowns. But Gannon was a winner and had helped the Raiders climb out of the NFL gutter and turn into legitimate contenders, so even his historic and epic collapse in the big game was overlooked.

Carr, it seems, either gets too much credit or too much blame. That comes with playing quarterback, of course, but for Carr, it appears to be to the extreme, one way or the other.

This year is no different.

Through five games Carr completed a whopping 73.3 percent of his throws and matched his career-high with a 96.7 passer rating. But because the Raiders were 3-2 and not 5-0, the line of support has once again been drawn very thinly down the middle.

ESPN mush mouth Stephen A. Smith recently sat down for an interview with Oakland rookie safety Johnathan Abram and began popping off about Carr when Abram abruptly cut him off.

“He’s a winner,” Abram said defiantly. “The most fourth-quarter comebacks since 2015 is Derek Carr.”

Smith, an antagonist at every corner, shot back.

“How many games do you think y’all won over the last couple of years?”