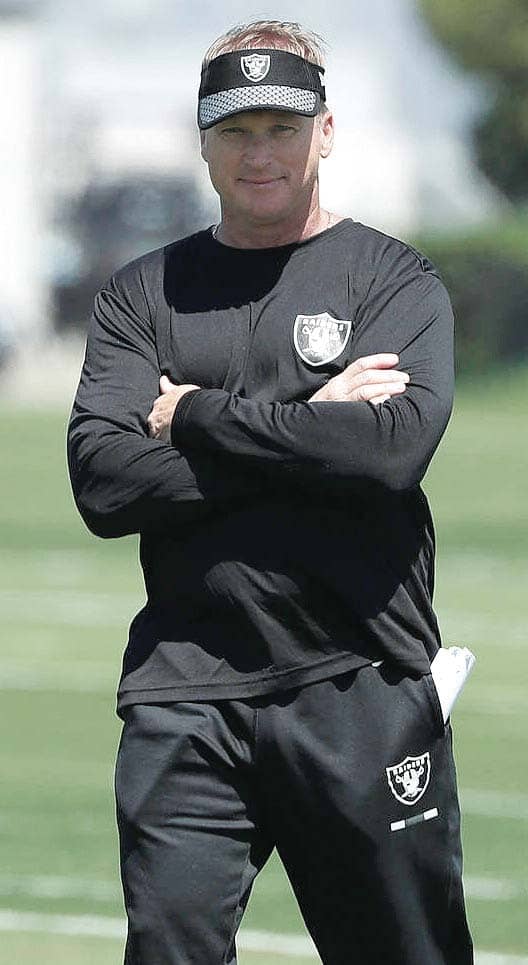 Ready or not, and that goes for the entire country, the start of NFL training camps is coming.

While the rest of the sporting world deals with the realities of playing in this new age of pandemic, professional football is steaming forward with the hopes of opening the 2020 season on time.

As part of the new normal, Commissioner Roger Goodell declared that, at least for this year, teams should stay at home for training camp and work out of their own facilities. For the Raiders, that meant ending a 24-year marriage with the folks in Napa, where the team had held training camp every summer beginning in 1996.

Owner Mark Davis had every intention of having the Raiders back in Napa this year, even though the franchise has moved to Las Vegas. And he hasn’t ruled out a return in 2021, even though the agreement with Napa has ended.

“I love it here,” Davis told reporters about a year ago. “I have no problem with it, and it makes sense. No matter where we go, we’ll have to fly to Las Vegas from training camp. If we go to Reno or anywhere else in the world to train, we would still have to fly there. Then why not just fly from here?”

For now, all eyes are on Henderson where the final touches on the Raiders’ new $75 million headquarters are still being applied.

The facility is a massive upgrade over what the team had previously. There is more than 320,000 square feet of space filled with meeting rooms, training camps and a huge weight room. Additionally, there are three outdoor fields — same as they had in Alameda — along with 1 ½ indoor fields where the players will practice when the notorious Las Vegas heat comes.

Raiders general manager Mike Mayock was blown away by what he saw on an early visit to the Henderson complex.

“It’s a magnificent building,” Mayock told the Las Vegas Review-Journal. “It’s hard to put into words, and honestly, I have to still get used to it because it’s so big and so different from what we’re used to. But it’s amazing.”

With that being said, Silver and Black Illustrated takes our annual look at the upcoming training camp:

When it starts: Rookies checked in on July 21st with the remaining players set to join them on July 28th.

Where: Located at 1475 Raiders Way in Henderson, Nev., the Raiders new headquarters is a stone’s throw from Henderson Executive Airport, just off State Route 146.