Stock Up Stock Down 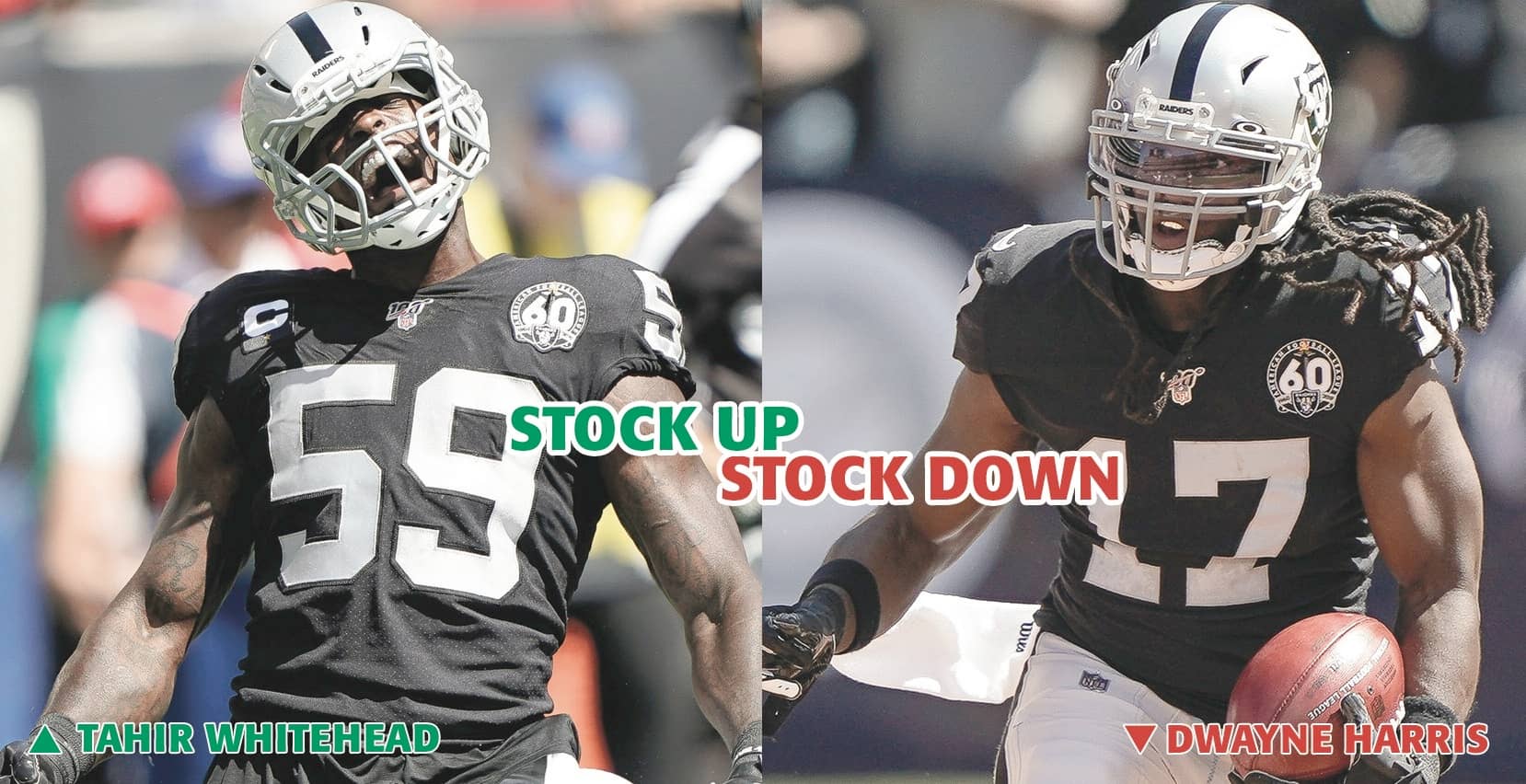 QB Derek Carr: Had a passer rating of 103.7 or better in three of the first five games and threw at least one touchdown in four of the five.

Carr’s passing yardage is lower than it has been in past years but he hasn’t had much stability at wide receiver either. Back-to-back wins over Indianapolis and Chicago helped raise his stock, as did the game-winning drive in the fourth quarter against the Bears.

RB Josh Jacobs: One of the early front-runners, if not favorite, for Offensive Rookie of the Year honors. Jacobs wasn’t used much in the Week 3 loss at Minnesota but bounced back with a strong effort against the Colts then shredded the Bears defense for 123 yards and two touchdowns. As long as he can stay healthy, Jacobs should easily eclipse the 1,000-yard mark. He’s already leading all rookie running backs in rushing and his 430 yards in five games are more than any Raiders rookie in franchise history, including Marcus Allen, Bo Jackson, and Napoleon Kaufman.