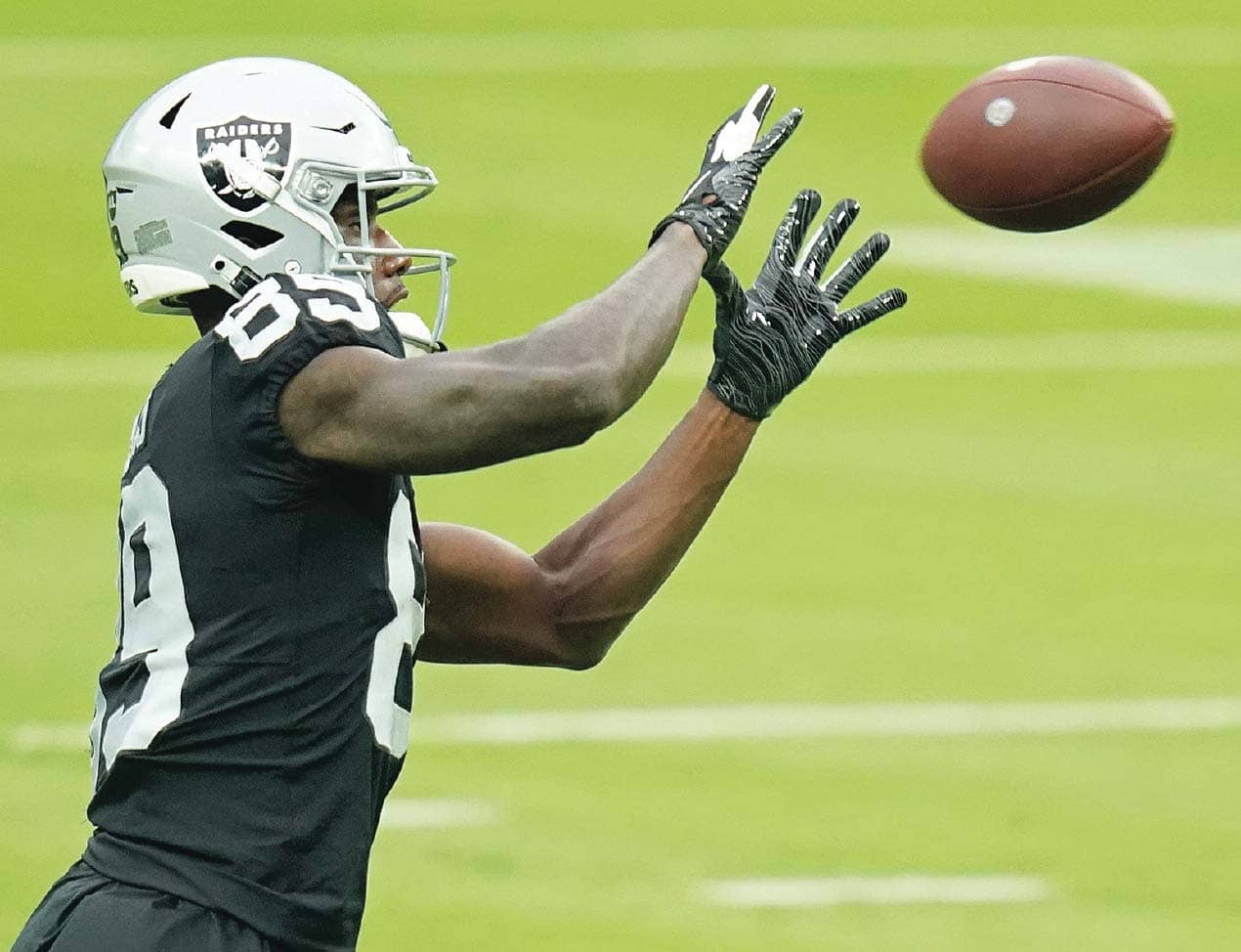 Even before they had played a single snap in a meaningful NFL game, Henry Ruggs III and Bryan Edwards were feeling pretty good about themselves. The two rookies had managed to weave their way through Jon Gruden’s complex playbook and dealt with the realities of a Covidfilled offseason without much trouble.

Then they were both named starters, a rarity even in this modern era of pro football when rookies are rushed onto the field more than ever before.

The two budding friends handled it all as if they’ve been in the league for ages instead of the fresh-faced newcomers that they actually are.

“Incredibly confident,” said Ruggs matter-of-factly. “We talked. We know that’s a big role as starters as first-year players, but at the end of the day it’s football. We came here to play football. We both played in the SEC. I feel like we know what football is, and just come in and compete and play the game that we know how to play. It’ll speak for itself, our hard work.”

That it did, and quickly too.