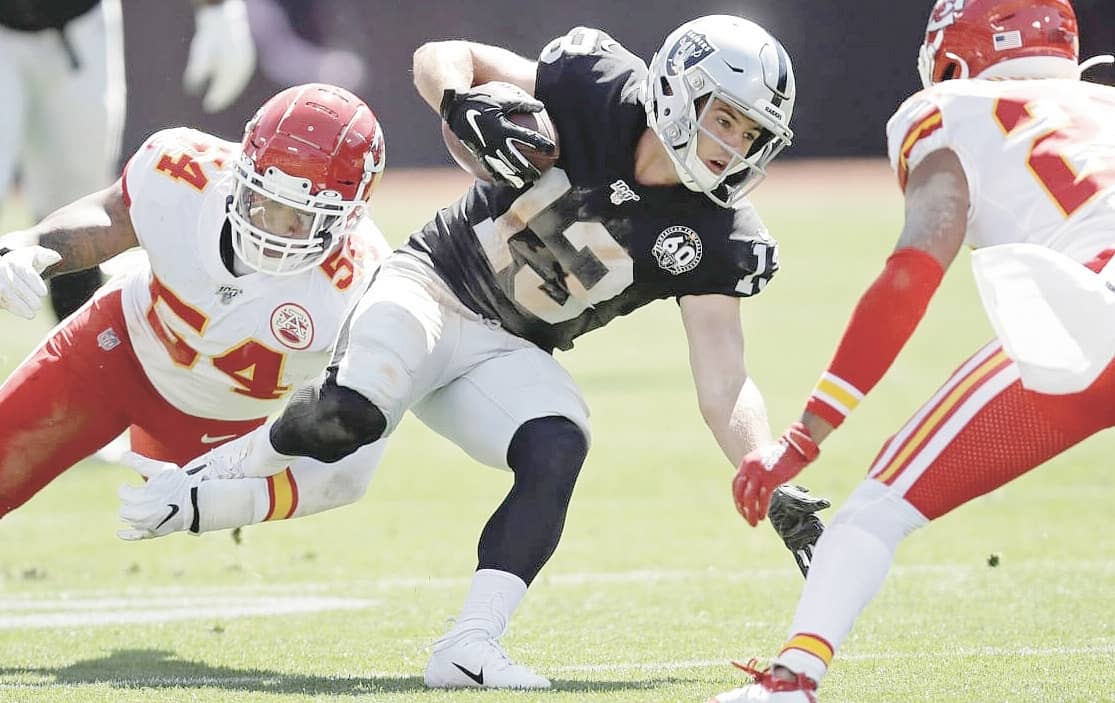 The Raiders put a lot of emphasis on their draft class this season, and with eight of the nine picks have played in a variety of capacities this season only reiterates that point. The ninth, Quinton Bell, is on the practice squad.

Whether that’s the genius of Mike Mayock and Jon Gruden or the fact that Oakland’s roster needed all the help it could get is debatable. But it’s nevertheless true that the foundation of what will ultimately become the Las Vegas Raiders is the 2019 draft class.

Good or bad, here’s what we’ve seen so from the Raiders rookies:

• Defensive end Clelin Ferrell: Bleacher Report named Ferrell the Raider's biggest disappointment of 2019, a harsh and wildly unfair assessment after only four games. It didn’t help his cause that Ferrell’s arrival came on the heels of the Khalil Mack trade, and given that their positions were the same, people expected them to be similar players. Which, of course, they’re not. That all being said, Ferrell’s NFL career has clearly gotten off to a slower than expected start — five tackles and one sack — and he has also been dealing with a concussion that kept him inactive in London. Once he gets back, the fourth overall pick in the draft has to have a bigger impact.