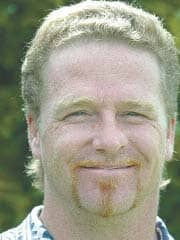 Fans might not have been allowed inside Allegiant Stadium for the first NFL game at the Raiders new home. There was still plenty of celebrating going outside, however, after the team pulled off a completely unexpected comeback 3424 win over Drew Brees and the New Orleans Saints.

A steady stream of people clad in Raiders T-shirts and hats began pulling up on Al Davis way and tailgating as the team was putting the finishing touches on the Saints and beginning its own party inside. Loud music blared from car speakers and the revelry began to look like the parking lot parties they had at the Oakland Coliseum for the previous 25 years.

There’s no telling whether the crowd was made up of Bay Area fans who made the 12-hour drive to Sin City or whether it was new fans from Las Vegas, or a mixture of both.

Not that it matters.

The Raiders are 2-0 and tied with defending Super Bowl champion Kansas City for first place in the AFC West.

That is not where I had them before the season, and it’s definitely not where I thought they’d be after falling behind 14-0 on Monday Night Football, looking completely inept on both sides of the ball and seemingly headed for a flop in their Las Vegas debut.