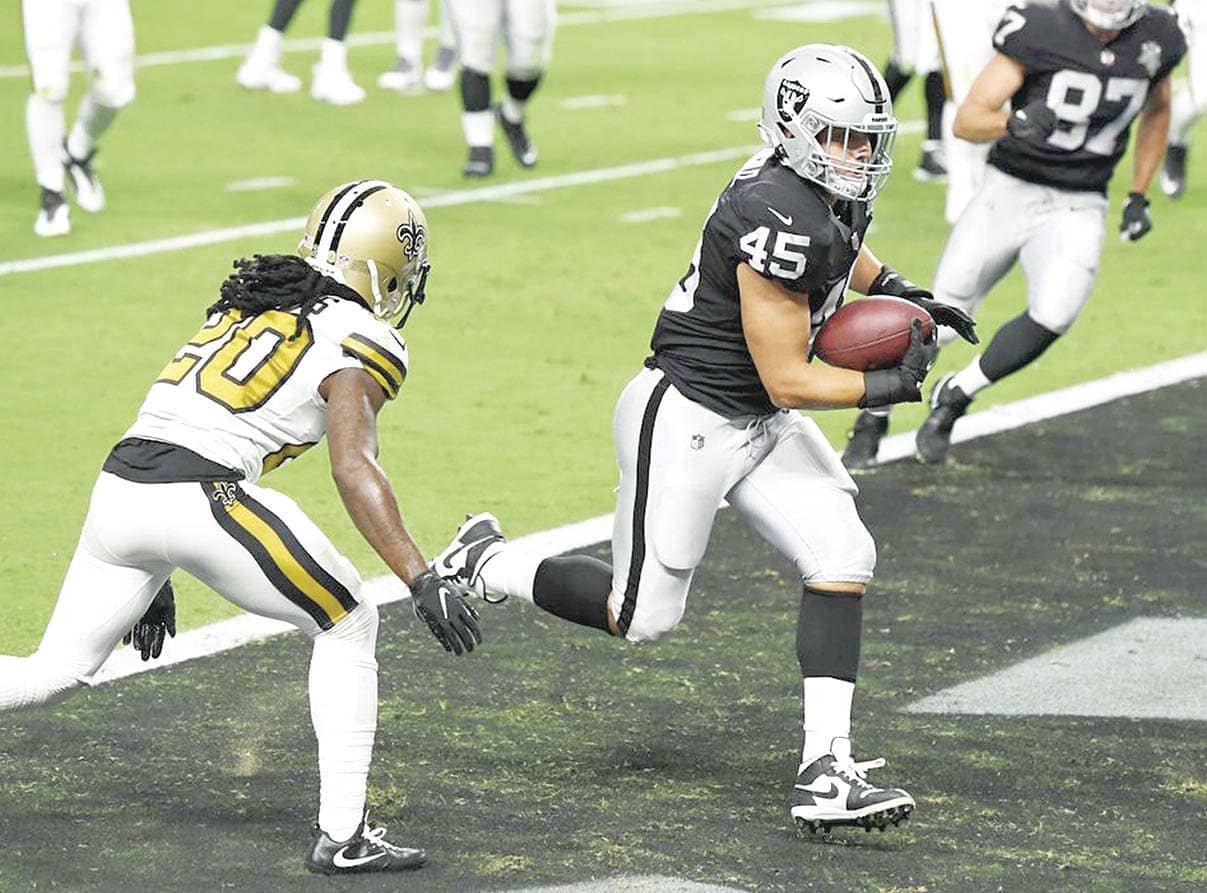 As if anyone needed reminding, Josh Jacobs is the real deal. The three-touchdown game against Carolina was a great start to his sophomore campaign and was a reminder of how critical he is to the running game. Jacobs has also made it an emphasis to be more involved in the passing game, something that was apparent in each of the first two games.

The defense has been outright horrific at times already this season but the fourth-and-1 stop to save the win against the Panthers was critical and huge no matter how you slice it.

Daniel Carlson is off to a good start after a sporadic 2019 season. He made a pair of field goals in the opening-win over Carolina, including a career-best 54-yarder. In the following game against the Saints, Carlson kicked a 28-yarder that tied the score and helped the Raiders carry momentum into halftime.