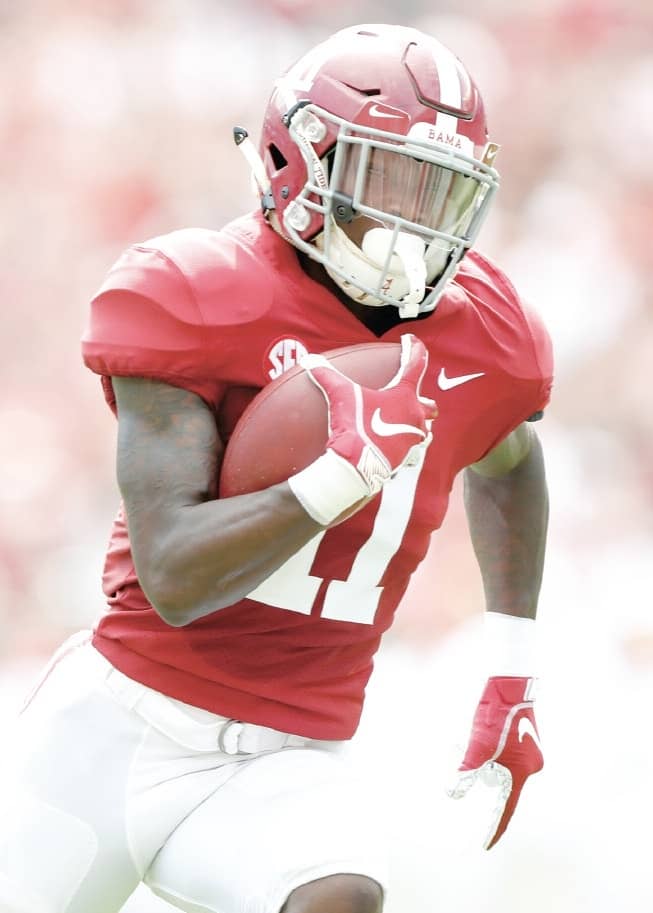 Former Raiders senior executive Amy Trask was monitoring Twitter during the first round of the NFL draft when someone pointed out that the late Al Davis would have loved the selection of speedy wide receiver Henry Ruggs III with the team’s first pick.

“And he woulda gotten heat for it — and he wouldn’t have cared,” Trask replied of her former boss.

Davis, the Hall of Fame owner who passed away in 2011, loved speed more than anything else and made it part of his draft DNA, sometimes going overboard with his affinity.

With Ruggs, however, the only thing overboard about him might have been the white Old Spice robe he was wearing when he received a phone call from the Raiders notifying him of their intentions to select him.

“It was something that I talked about and it just came about,” Ruggs later told reporters on a conference call. “I was like, ‘Let’s go for it.’ Why not? I’m at home and I’m comfortable.”

Yet there have been and will continue to be questions and criticism about the Raiders decision to draft Ruggs instead of Jerry Jeudy and CeeDee Lamb.

All three were considered the elite players at their position coming out of college, with Jeudy and Lamb getting the vast majority of hype heading into the draft. For good reason, too. Jeudy caught 159 passes for 2,742 yards and 26 touchdowns while sharing receiving duties with Ruggs at Alabama. Lamb put up even bigger numbers during his time at Oklahoma with 173 career catches, 3,292 yards and 32 touchdowns. Both Jeudy and Lamb also notched two 1,000-yard seasons apiece.

Ruggs, on the other hand, never topped the 750-yard mark in a single year and finished his collegiate career with 98 catches, 1,716 yards and 24 touchdowns.