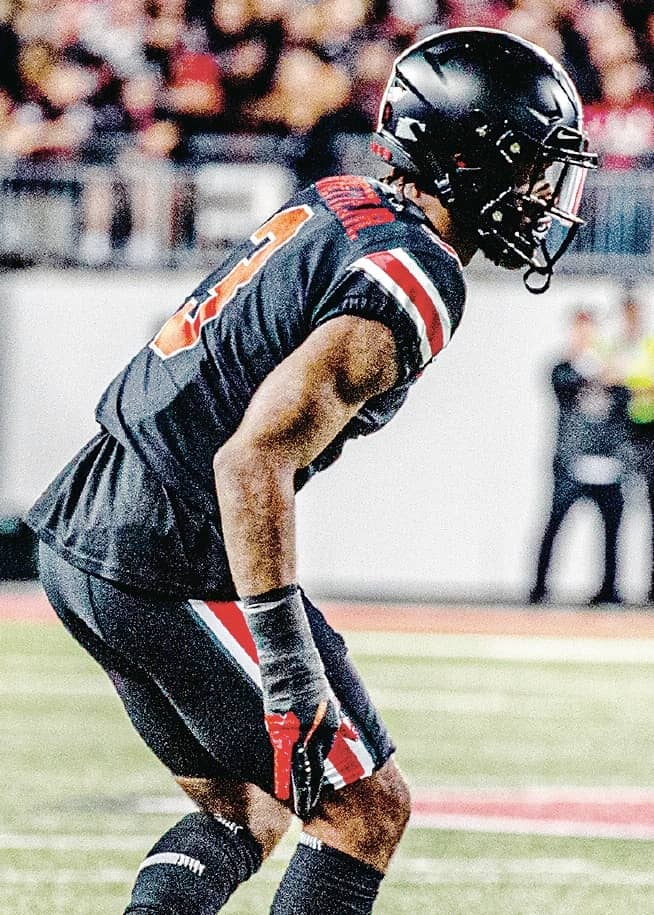 There are a few different ways to look at the Raiders decision to draft cornerback Damon Arnette with the 19th overall pick.

Perhaps head coach Jon Gruden and general manager Mike Mayock were bitten by the gambling bug. After all, the team is calling Las Vegas home these days and, if you listen to the critics, taking Arnette as early as they did qualifies as a huge roll of the dice.

It’s possible (but highly unlikely) that the two men were trying to get on the good side of Hall of Famer Cris Carter. After all, Carter — who is a long-time family friend and convinced Arnette to return to Ohio State for his senior season — was one of the most outspoken critics who blamed the Raiders for the whole Antonio Brown fiasco a year ago.

Or maybe, just maybe, the Raiders were in the market for a physical, press cover cornerback to continue their secondary makeover.

“Did I think we could have moved down maybe and still got him? Maybe, but we didn’t want to lose him,” Mayock said. “What distinguishes him is he can run, he’s tough as nails and when you talk about competitors, he played most of the season with a cast on his arm. He can play inside, he can play outside, he can play left, he can play right.

“We feel like this is one of the most competitive football players in the entire draft. We don’t feel at all like it was a reach.”

There is plenty to like about Arnette, make no mistake.