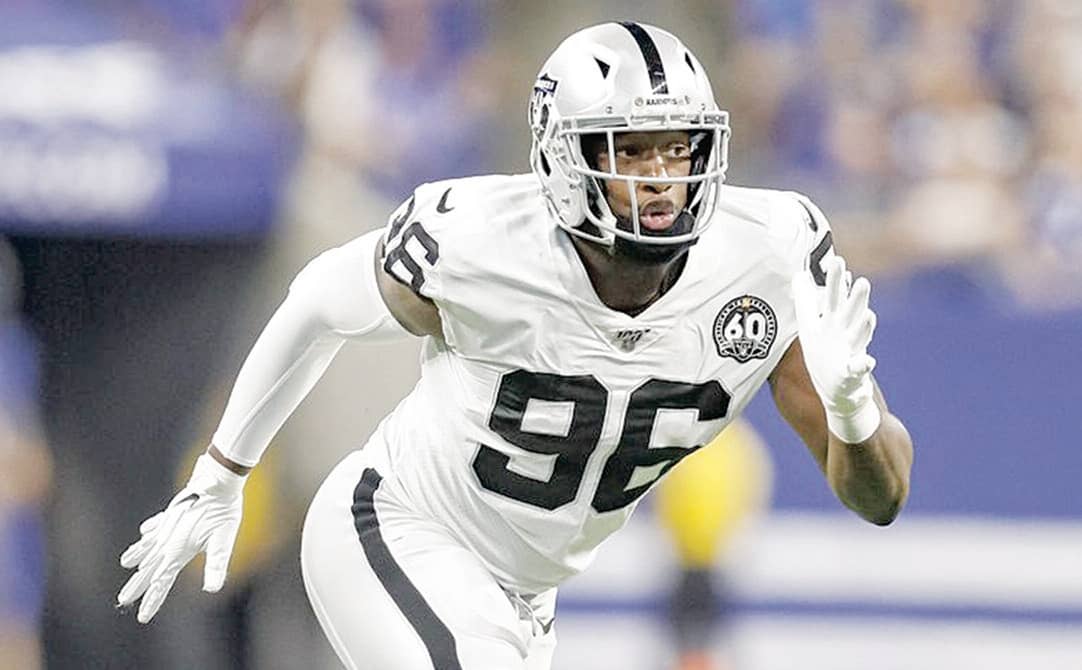 After moving up and down the line, Ferrell finding fit

Clelin Ferrell spent the first two months of the season listening to a barrage of criticism and insisting that the outside noise wasn’t bothering him one bit. Turns out the rookie might have been fibbing, just a little bit.

A few days after his monster game against San Diego in Week 10 when he had 2 ½ sacks and three quarterback hurries, Ferrell admitted that it more than a little satisfying to quiet the critics.

“At the end of the day for me I’m all about personal player development growth, and then just how we’re winning games,” Ferrell said. “I don’t really focus on the stats. I never have, because when you’re chasing stats you can kind of get caught up in things and then you’re not really focusing on what you need to do to win.

“But it’s always good to kind of shut people up a little bit. People can kind of get on your nerves. Not as far as it’s getting to me but you kind of hate hearing nonsense, especially when a lot of people aren’t as informed. I don’t blame people for that. It is what it is. I’ve been through this before in college. I’ve always had the spotlight on me. It just comes with the game.”