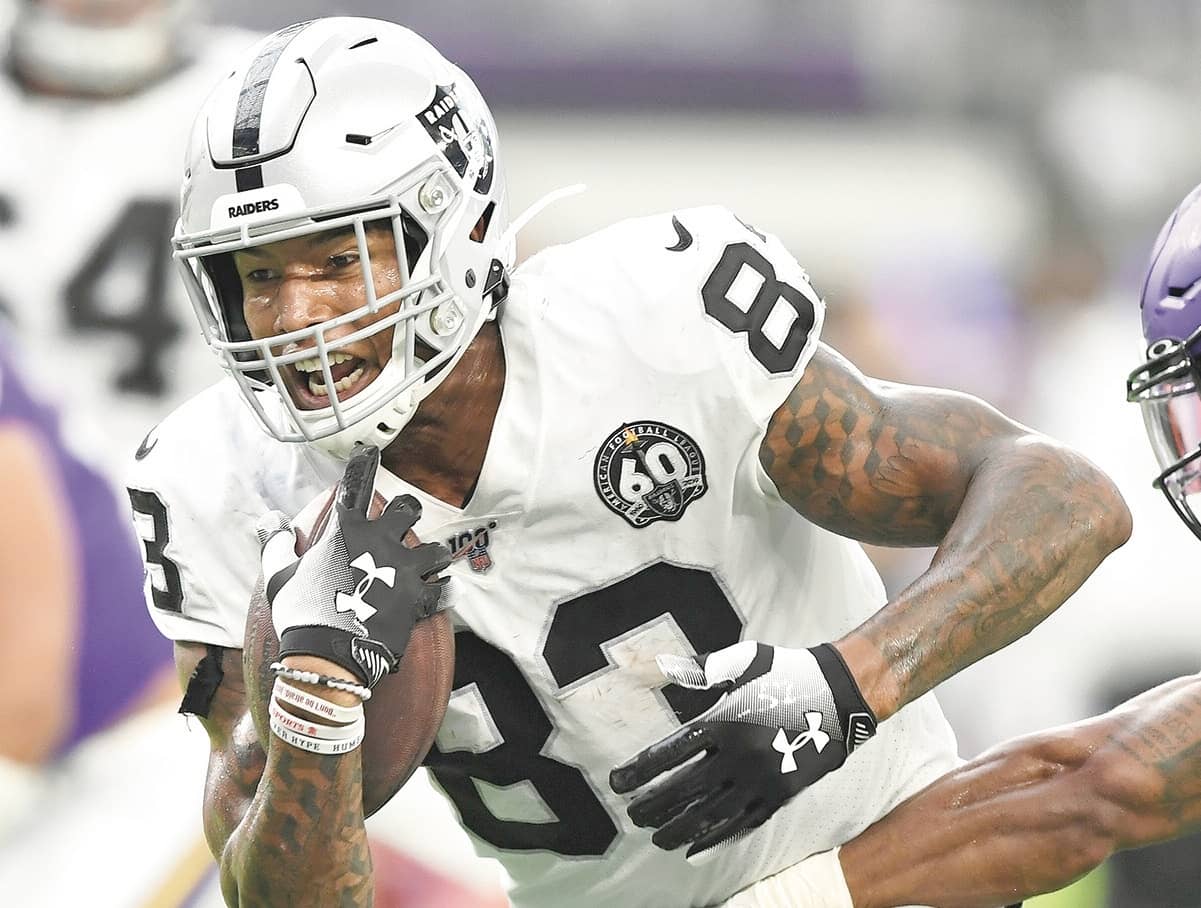 After bottoming out, Waller now a top TE

Long before he ascended to the top of Derek Carr’s list as favorite targets and became one of the most productive tight ends in the NFL, Darren Waller’s life was worth celebrating.

Having overcome an addiction to alcohol and substance abuse that led to a one-year NFL suspension, Waller is the league’s feel-good story. From down and out and wondering whether he would need another drink or pill to get through the day to a smiling, content man with a clear mind and steadfast focus on staying sober who has been giving opposing defenses all sorts of problems on a weekly basis.

Even if Waller were to somehow not catch another pass this season — highly unlikely, barring injury, as Waller was leading all tight ends in receptions through five games — there’s no way to throw shade at what he’s been able to accomplish, both personally and professionally.