No more excuses for Carr, offense 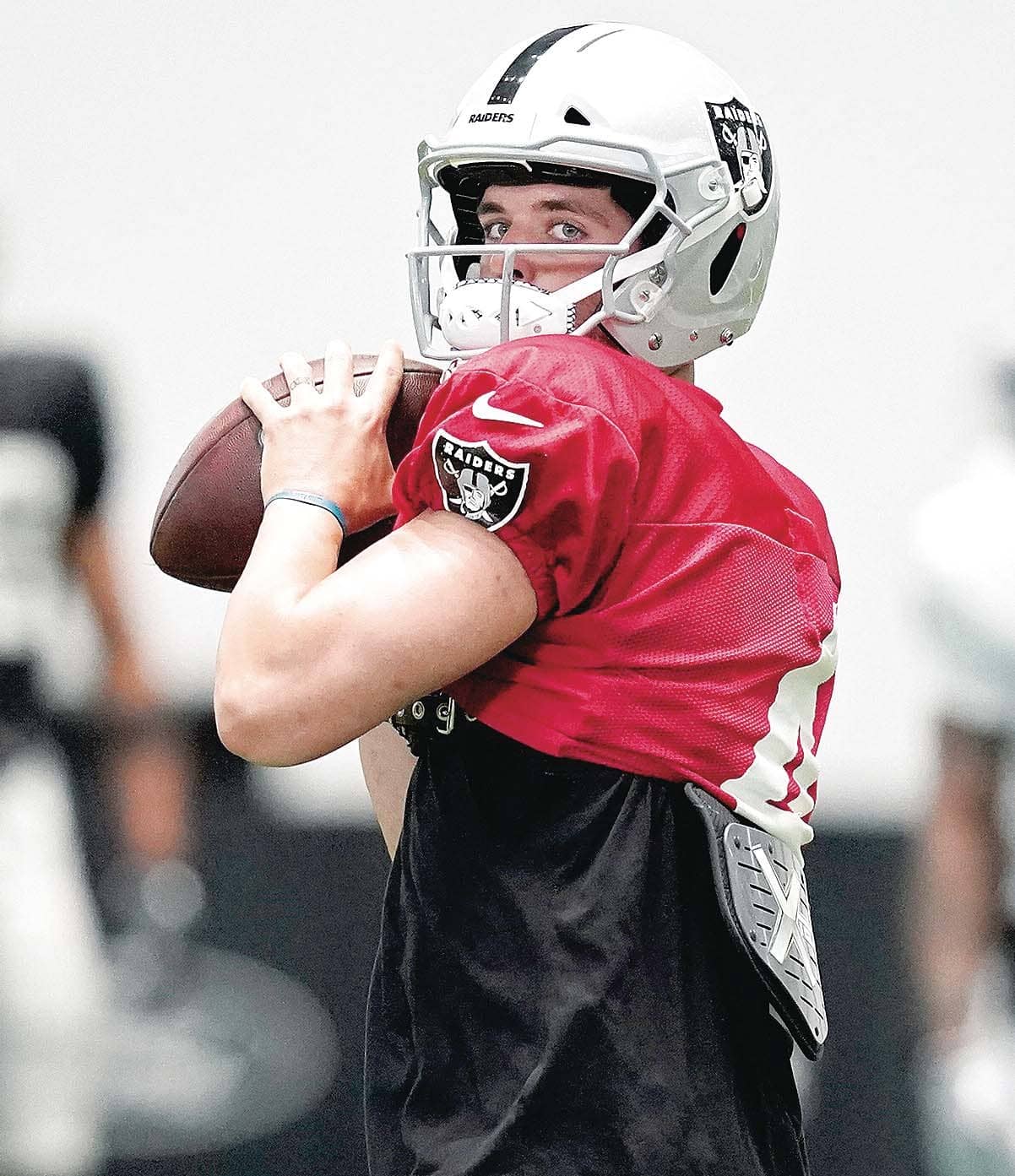 For so many reasons, the spotlight is shining brighter on Derek Carr than it ever has before.

Questions about his job security continue to pop up, most of the noise coming from national media. Former Tennessee Titans quarterback Marcus Mariota was signed as a backup. The Raiders upgraded their overall talent in the offseason, particularly on the offensive side where Carr has arguably the best supporting cast he’s had in the NFL.

The team is in a new city with a new stadium, and expectations have risen across the board, none more so than for the seventh-year quarterback.

In short, there are no more excuses. Carr knows it and so does just about every one else inside the team’s new headquarters in Las Vegas.

The stakes, quite literally, have never been higher.

“You can feel a little bit of a chip on his shoulder, looks like he’s got a lot to prove,” said Jason Witten, the longtime Dallas Cowboy tight end who signed with the Raiders as a free agent. “I’ve been impressed by his ability to throw it accurately and lead you and kind of see it the same way you do as a receiver. (I’m) impressed by his ability to get outside the pocket and create with his legs. That’s been impressive to see, so I just think sky is the limit for him.”

Carr spent much of his early career bouncing between different offenses as the Raiders routinely changed coaches and coordinators. He handled the constant turnover about as well as can be expected and put up decent numbers, but there are few things more important in the NFL than continuity.

Just from a knowledge and communication standpoint, Carr and head coach Jon Gruden are light years ahead of where they were when they first joined up three years ago.

That’s been especially important in a year like this when the entire country and sporting world were thrown into mass chaos by the coronavirus pandemic.

NFL teams were forced to shutter their offseason programs, forcing players off the fields and out of the buildings. That might be crippling to the progress of a young quarterback, or even a veteran trying to learn a new offense.

For Carr and the Raiders, however, that hasn’t been an issue.