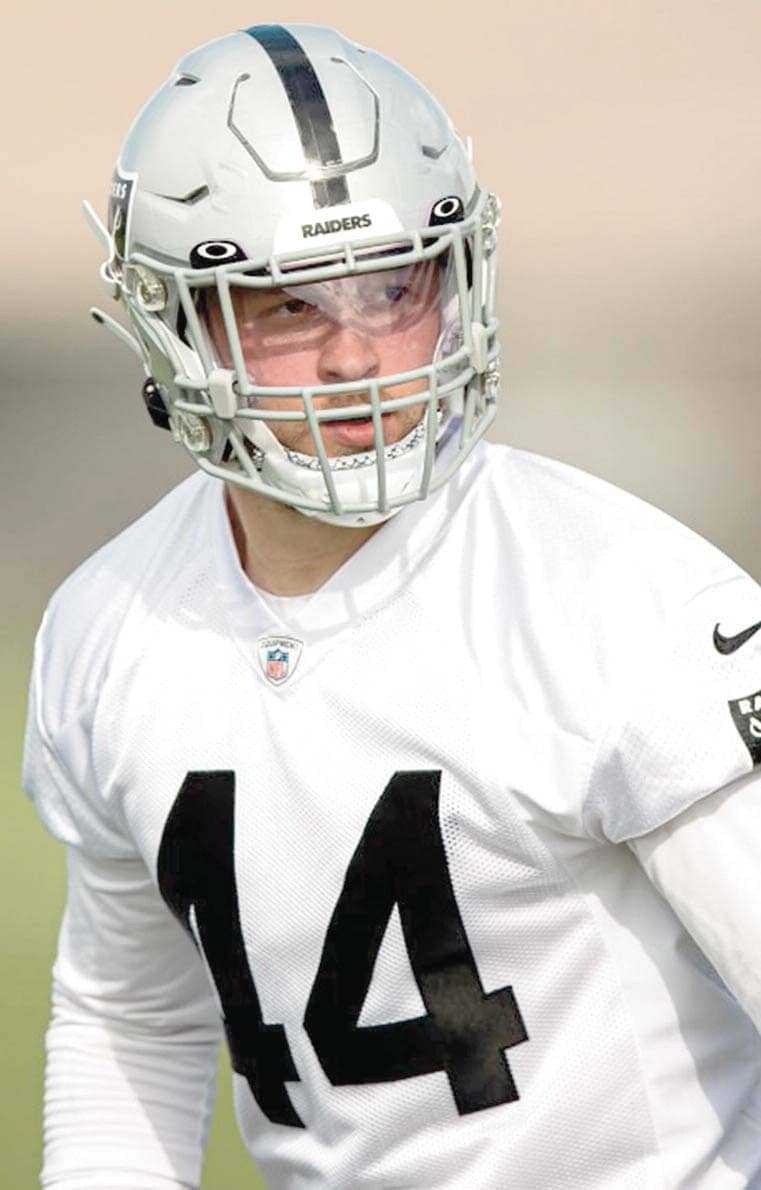 The Raiders went into their Week 2 game against New Orleans uncertain whether middle linebacker Nick Kwiatkoski would be available to play. That was still a far better scenario than the one most envisioned after Kwiatkoski was knocked out of the season-opening win in Carolina early in the third quarter.

Initially the team feared that Kwiatkoski might be done for the season. Pectoral injuries can be dicey. Strains can sideline a player for a few weeks while a tear likely means the end of the year.

In Kwiatkoski’s case, both he and the Raiders caught a big break. An MRI test showed no tear and the hope was that the veteran linebacker will be back in the lineup soon.

The 27-year-old was held out of practice in the week leading up to the Monday Night Football game against the Saints, making it almost a certainty that Kwiatkoski would be held out.

Considering how early it is in the season, holding Kwiatkoski out for a week or longer makes sense. He was brought in as a free agent to run the defense and was selected as a team captain, so his overall value is clear. And while the Saints game on national television was definitely a pivotal one, the Raiders need Kwiatkoski for the long haul.

The question then becomes who will fill in for however long Kwiatkoski is out.