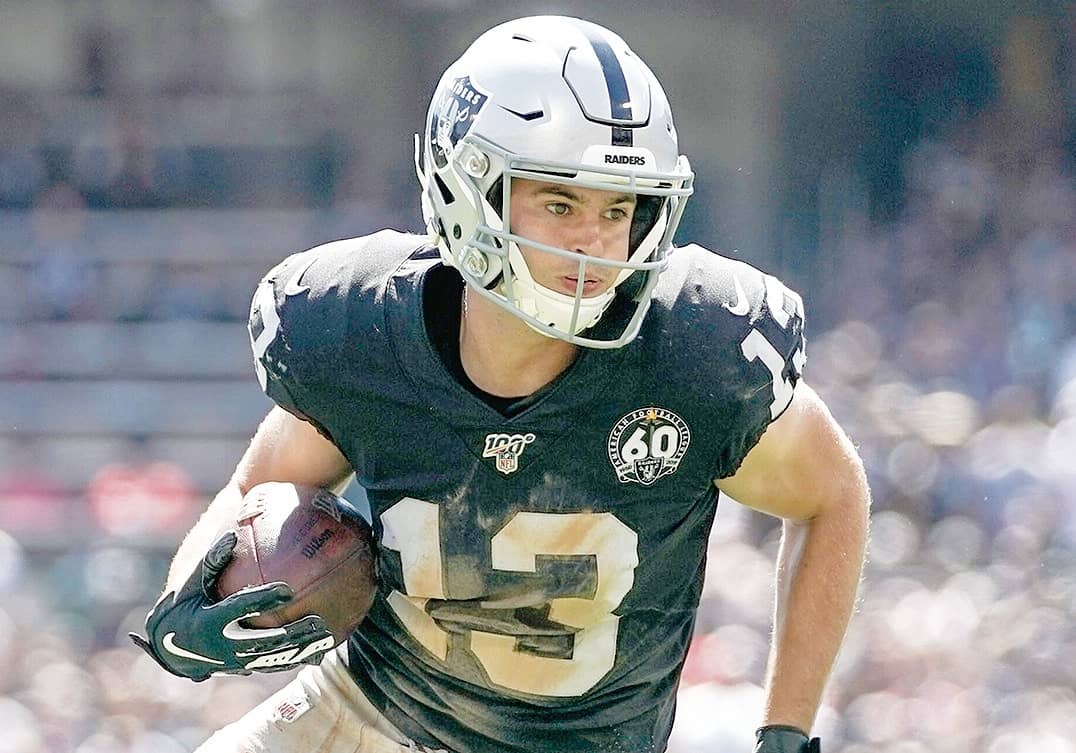 Outside of Darren Waller’s breakout season in which he statistically finished as the second-best tight end in the NFL, Hunter Renfrow might have been the biggest surprise offensively that the Raiders had in 2019.

Renfrow was the team’s leading receiver with 49 catches, which he turned into 605 yards and four touchdowns. The receptions were the second-most in franchise history by a rookie, topped only by Amari Cooper’s 72 in 2015.

Not bad for a 5-foot-10-inch rookie who was mistaken for Derek Carr’s son by a security guard at the Oakland Coliseum as the two men drove into the parking lot prior to a game.

Then again, Renfrow did a pretty good job fooling a lot of people around the NFL while emerging as an effective and reliable weapon for Carr.

That was big during a season when the Raiders had all sorts of problems trying to field a healthy and competitive wide receiving corps. Renfrow played in 13 games with four starts, his absences coming after he suffered a rib injury while taking a big hit against the New York Jets.