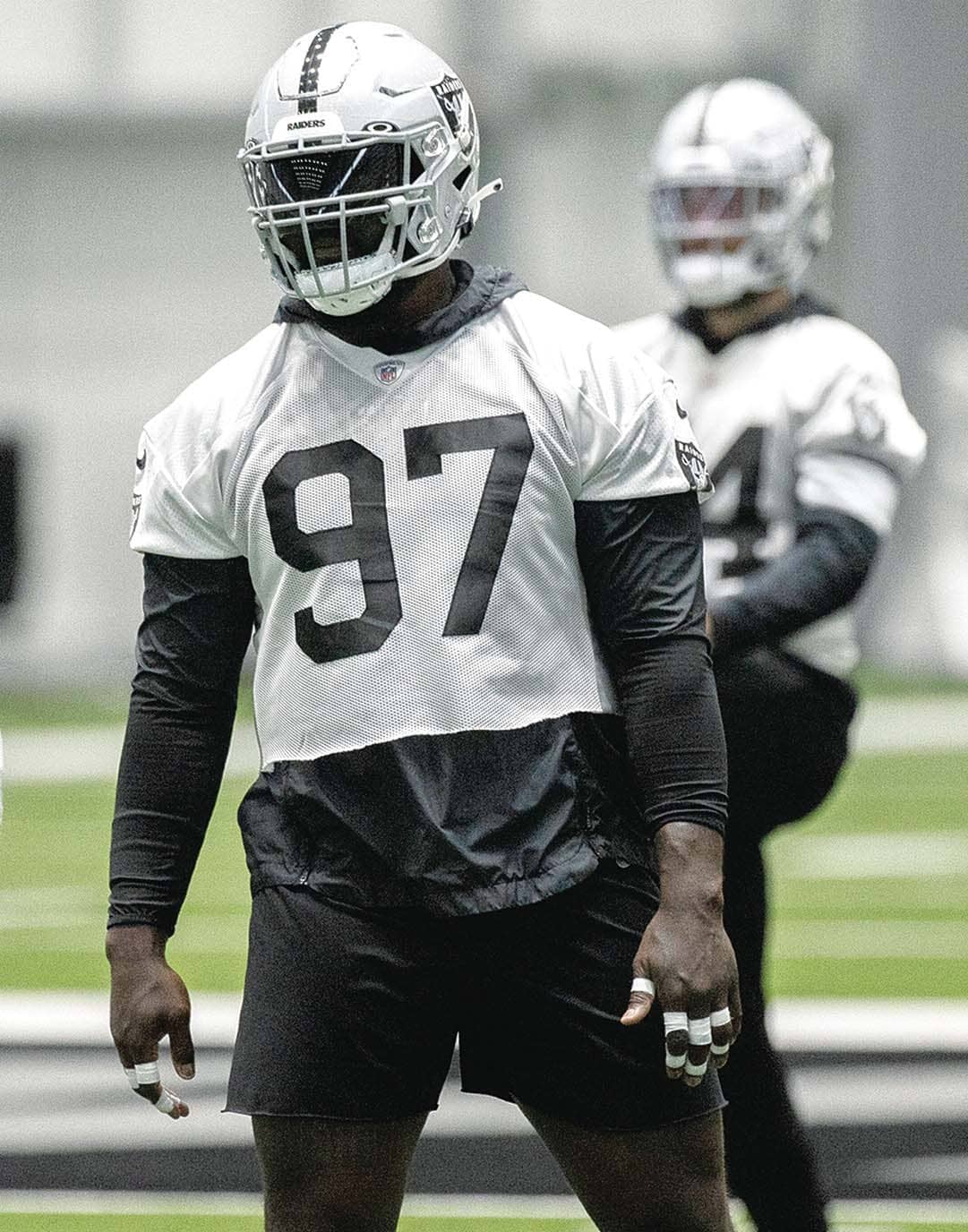 It speaks to the state of the Raiders defense that Maliek Collins has emerged as one of the unit’s key leaders. That’s a rarity in the NFL for players on a new team. Generally it takes a season or two before something like that happens, even for veterans like Collins.

The former Dallas Cowboy signed a one-year contract with the Raiders and could have been content trying to parlay that into a bigger, more lucrative deal down the road with another team. Instead, Collins made it clear from Day 1 that he is not using Las Vegas as a stopover.

That is huge as the Raiders’ mostly young defense tries to find its way.

“He knows what he’s talking about and the players respect that,” Raiders defensive coordinator Paul Guenther said. “I always tell the players knowledge is power, whether in football, business, whatever. If you know what you are talking about people are going to gravitate to you, and that’s what he possesses.

“He has a great knowledge of the pass game, the run game, the techniques of all of it. And when players hear that and hear him talk, they are like, ‘Wow, this guy is really detailed and understands what’s going on.’ So they want to pick his brain and he’s willing to give it back to them. That’s the kind of guy you want on your team.”

The 25-year-old Collins is definitely what the Raiders need to get their defense going.

The lack of an interior pass rush has been a hindrance to the defense for several seasons, and while Collins isn’t necessarily a big sack guy (14 ½ in four seasons including 4 in 2019) he is a big body who can help push the pocket and get quarterbacks on the run.

Equally important has been the job Collins is doing inside the locker room. The Raiders defense will have at least four starters — defensive linemen Clelin Ferrell and Maxx Crosby, cornerback Trayvon Mullen and safety Johnathan Abram — who have only one year of NFL experience.

The four formed the heart of the defense a year ago and will be pivotal to the franchise’s future. For now, they’re willing learners when Collins speaks.