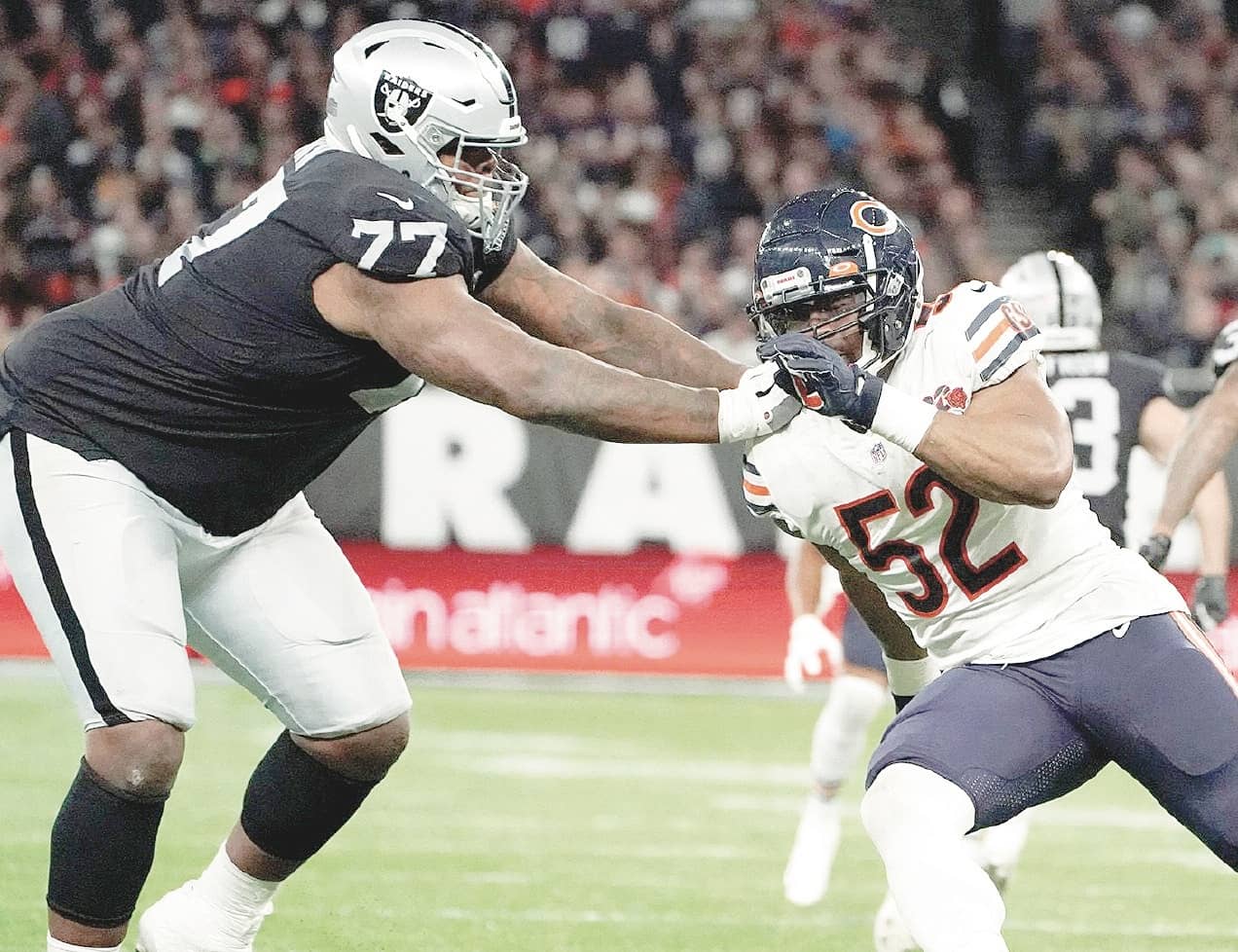 One of the keys to the Raiders success through the first five games was the play of the offensive line, specifically the pass protection.

A year after giving up an NFL-high 52 sacks, the front five have done a much better job protecting quarterback Derek Carr. They’ve done it despite missing left guard Richie Incognito for the first two games and right guard Gabe Jackson for at least the first five.

With Jackson on his way back, possibly as soon as Week 7 against the Green Bay Packers, the Raiders prospects up front are looking up.

Why wouldn’t they be? After all, Oakland has shut down some of the NFL’s top pass rushers in spite of being short-handed. The Raiders put the clamps on Von Miller and Bradley Chubb in Week 1, then did the same to Khalil Mack in Week 5. The 2016 Defensive Player of the Year while wearing the silver and black, Mack had just three tackle and one quarterback hurry against his former team.

What made the game against Mack more satisfying for the Raiders was that he had talked extensively about the game and facing his former team beforehand. Then Oakland went out and became the first team to score 24 or more points and gain 398 yards or more of offense in a regulation game against the Bears since the trade was made prior to the season opener a year ago.