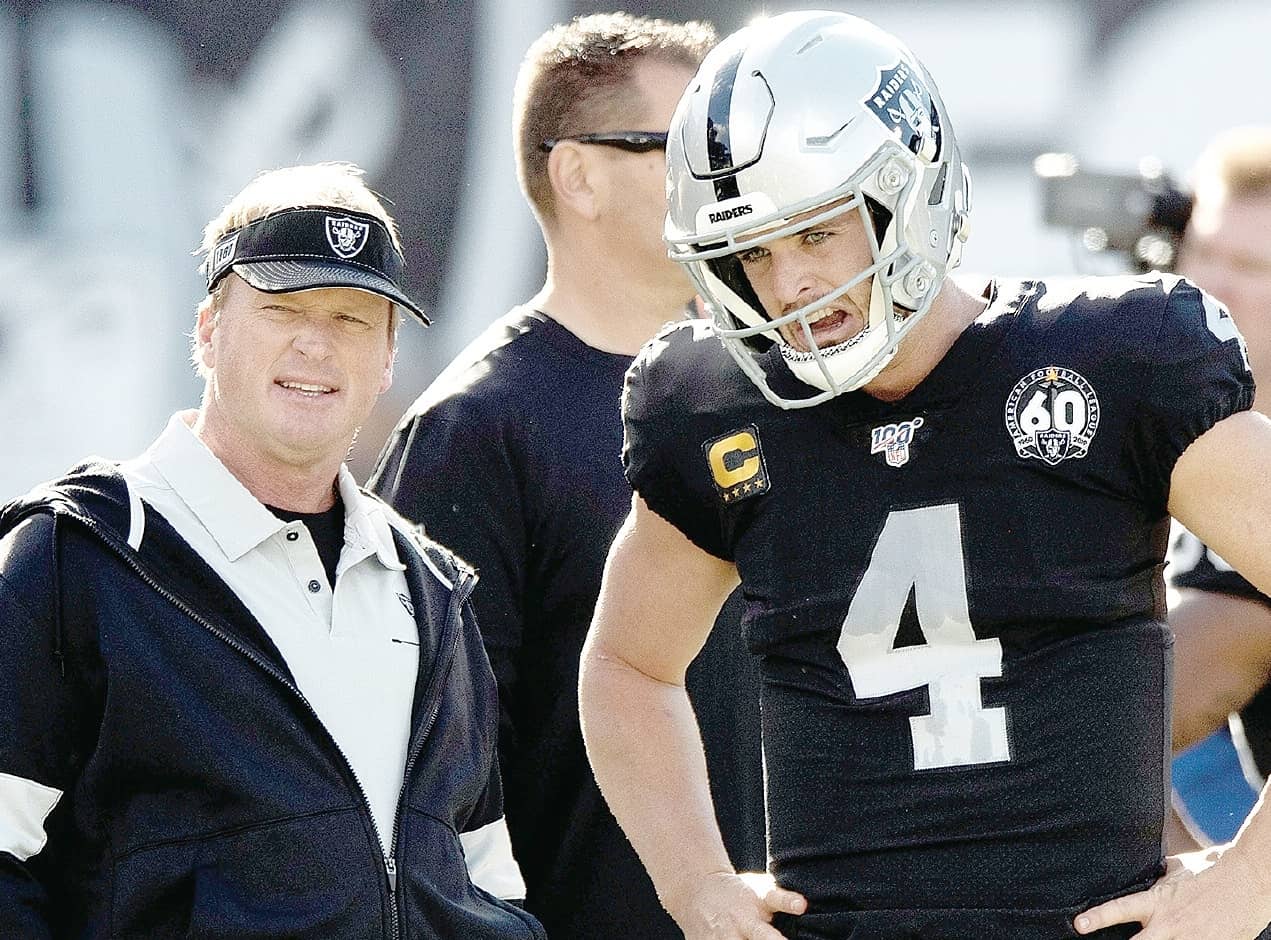 About 24 hours after the Raiders’ season-ending loss to Denver, Derek Carr stood in front of his locker speaking to reporters as he prepared to make plans for the offseason.

It didn’t take long before the discussion turned to Carr’s future with the team and whether or not he believes he will still be the starting quarterback for the inaugural season in Las Vegas.

Carr smiled wide even before the question was finished being asked.

“We’ll see when that time comes,” Carr said, responding to the question that he’s been asked about for most of the year. “They’re probably sick of us talking about it just like I am. I had some good meetings with my coaches and I’m looking forward to Las Vegas.”

Yet it’s not all that cut and dry. Within minutes of the New England Patriots loss to the Tennessee Titans in the wild card round of the playoffs, rumors began swirling that free-agent-to-be Tom Brady might be headed toward Sin City if he doesn’t re-sign with the Patriots.

Brady turns 43 in August and has indicated that he plans to keep playing, whether it’s in New England or somewhere else. But he’s coming off a down season and would seem to be a better fit for a team that’s already a playoff contender. With the Raiders, he would be quarterbacking a team still trying to figure itself out, let alone make a deep run in the postseason.