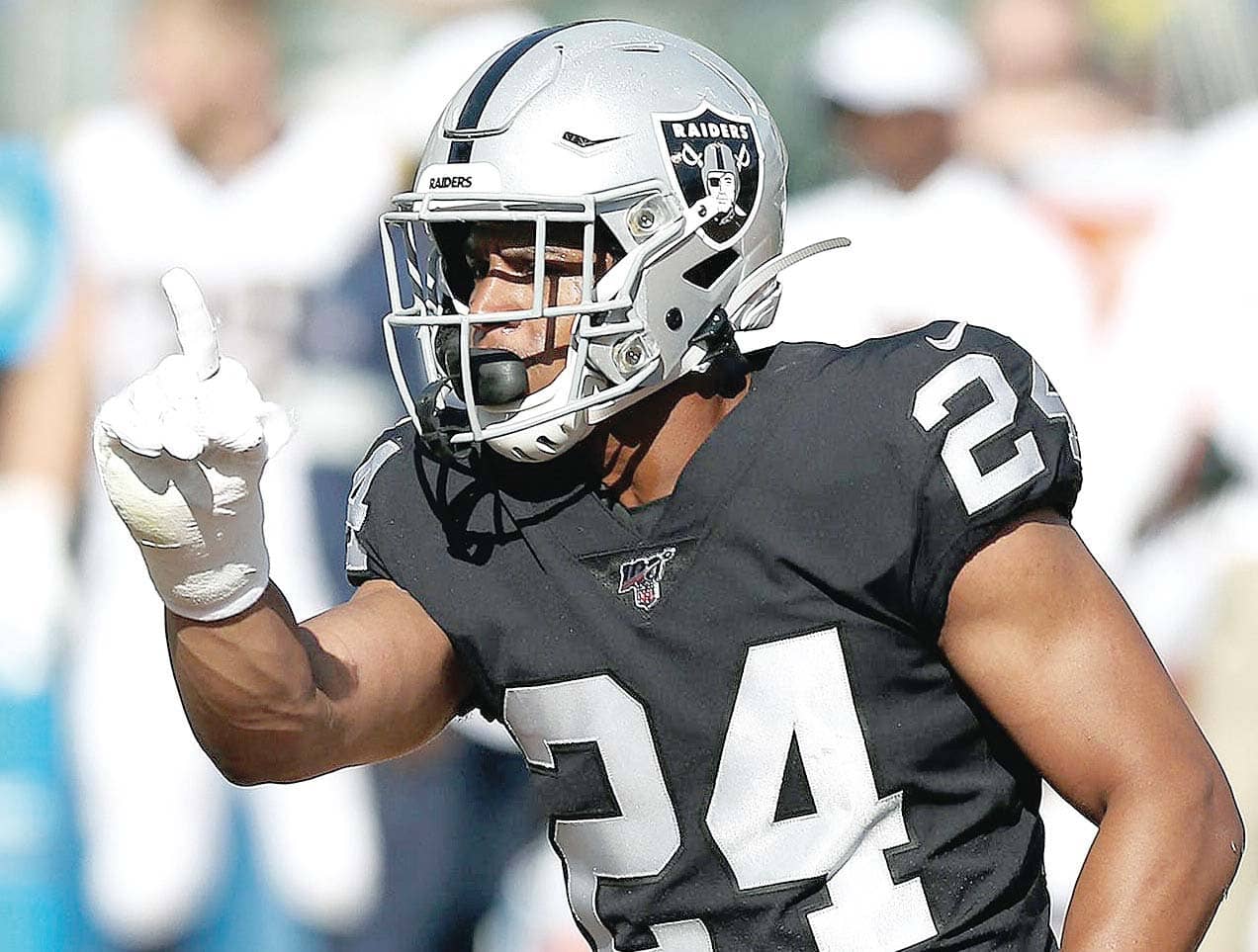 Johnathan Abram announced his return to the Raiders secondary in a big way during Week 1, sailing in like a missile to make a tackle on one play then slamming into Panthers running back Christian McCaffrey for a 1-yard loss on another.

Like many on the Raiders sidelines, Derek Carr, couldn’t help but notice.

“I remember I was going over the last series on the iPad and heard ‘whap’ and I look up and sure enough it’s 24 hitting 22. That stuff ignites a sideline for sure.”

It doesn’t take a rocket scientist to know that the Raiders needed a player of Abram’s ability, ferociousness and knowledge at the back end of the secondary. They thought they had it too, until Abram’s rookie season ended after one half.

Fast forward to this season and Abram’s return coincides with another big phase in the secondary makeover.

Damarious Randall and Prince Amukamara, veterans who seemingly had starting spots locked up because of their experience in Las Vegas’ largely young defensive backfield, couldn’t make it past the final round of roster cuts.