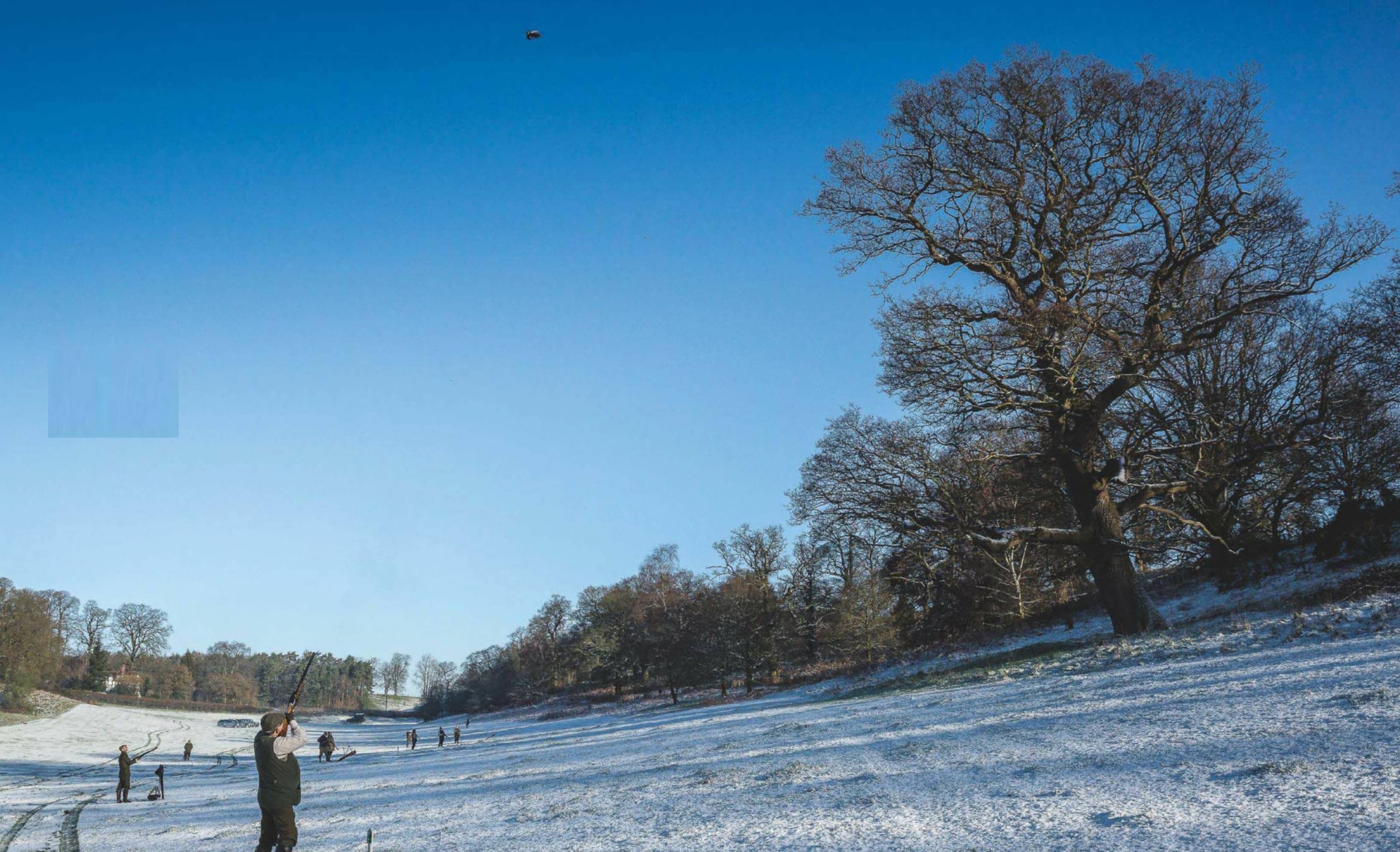 A shoot running on new lines uses its time-served assets to bring traditional shooting to a modern audience.
MARTIN PUDDIFER

It was surreal watching flames dancing, licking and snapping at wood through a glass of red wine. I had been unwinding by the fireplace in the saloon, just off the grand hall of Davenport House, for over an hour. Subtly lit bulbs illuminated the cautious smiles on faces in portraits encircling my chair in the corner of the room, but it was cold and matt black outside and everything inside this Grade I listed Georgian mansion seemed relieved to be in the warm. The stillness of the night made me ponder if the house and all of its contents were actually underground, the Palladian style residence never actually having hosted any guests at all since its completion for Henry Davenport in 1726. Such thoughts were dispelled only a moment after standing up to explore my surroundings, the gentle creak of the floor boards as I walked and the warmth of the room’s embrace reassuring me many thousands had trodden the same path over the centuries, some for sport, politics and business, others for love and friendship. This house must have looked quite something when the full quota of Davenports came to call…it is certainly quite a sight when wedding parties walk through its doors nowadays.

In between these reflections, I had spent most of the evening collecting my thoughts from the day we had spent with Davenport’s shoot captain Oliver Davies at his team at Arley a dozen miles to the south. My glass of red was a welcome nightcap following the sumptuous post-shoot lunch we had enjoyed in Arley’s ultra-modern shoot lodge, a mirror opposite to my current surroundings but no less impressive. As enjoyable as it was, most of my afternoon had been spent observing the shooting in the pouring rain, so I was glad of the glow from the fireplace to fortify me in readiness for bed and the plunging temperatures forecast for the wee small hours.

A bright morning sun would afford us a first proper look of the house. We had arrived well after dusk so the house had already been cloaked in darkness for some time, save for the faint outlines of the pillars guarding its entrance and the light flooding into a dozen windows across its four floors. The enthusiasm with which its current custodians, Joe and Lizzie Adams, talked about the history of the estate and their plans for its future - which I was later to learn now include a partnership with caterers Lush by Tom Kerridge - was inspiring to hear. The 32 rooms – including 11 bedrooms - have been gradually been updated without losing their original character, the Adams’s eye both for detail and an appreciation of the Georgian period obvious. Davenport House, for the setting alone, is enjoying a growing reputation amongst its wide variety of guests – from Guns and gardeners to gastros and gushing grooms - and I have no doubt its designer, Francis Smith of Warwick, would approve.