WHERE THE PAST IS ALWAYS PRESENT 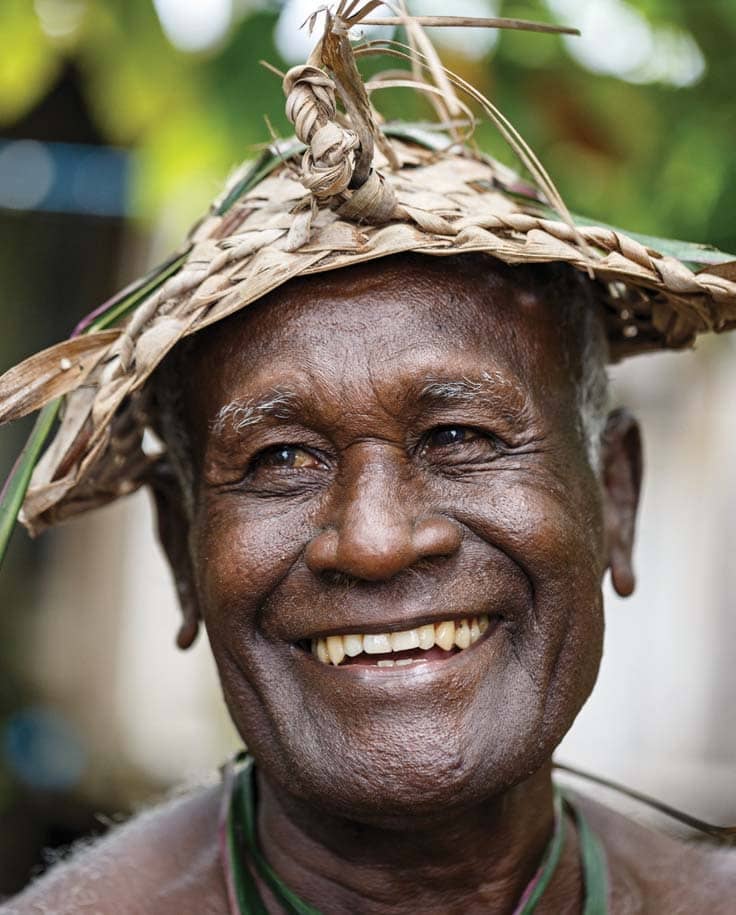 IN THE SOLOMON ISLANDS’ MUNDA REGION, THE REACH OF HISTORY IS FELT EVERYWHERE, FROM UNTOUCHED WRECKS BELOW TO PROUD VILLAGES ABOVE, AND WONDERS NATURAL AND MAN-MADE COMPETE WITH ISLANDERS’ WARM SMILES TO WIN DIVERS’ HEARTS

There was a time when history had nothing to do with my scuba diving, when the past and geopolitics did not intrude on my marine biologist musings. Exploring the shipwrecks of Truk Lagoon changed something inside me—dive after dive, I was staring at the reality of World War II, and a piece of the big, messy picture that was humanity more than 75 years ago.

And just like that I was hooked. When a die-hard wreck diver friend said I needed to visit the Solomon Islands, the hands of fate immediately busied themselves organizing my next dive expedition. 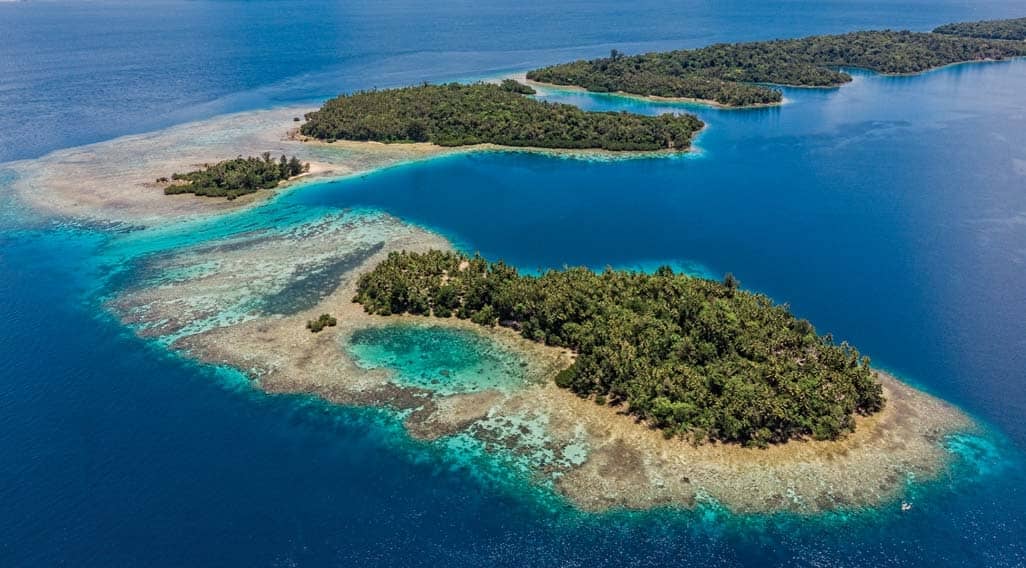 Which is how I find myself 50 feet below, hovering reverently beside the Douglas SBD-4 Dauntless dive bomber aircraft flown by Jim Dougherty of the U.S. Marine Corps, shot down by the Japanese over Rendova Harbor on July 23, 1943. I’m grappling with what he must have felt a split second before his plane crashed into the sea and darkness closed in. Even more unfathomable is what Dougherty must have experienced revisiting this site 52 years later, donning scuba gear to look into the cockpit that was nearly his coffin. The memories that must have come flooding back. … 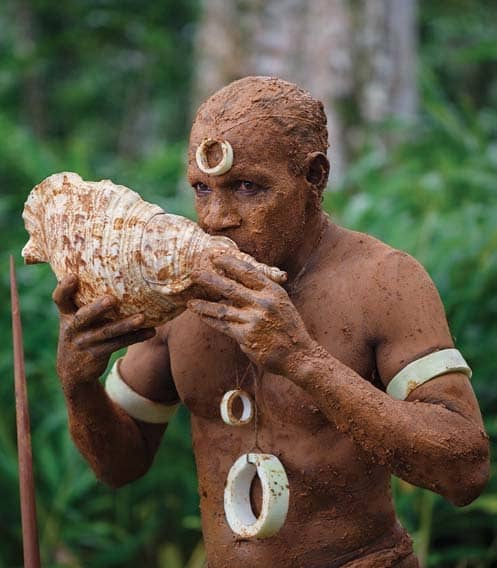 Dougherty’s remarkable story, told by filmmaker Kevin Juergensen in Lost Warriors of the South Pacific, would have been enough to lure me to Munda, on New Georgia Island in the Solomons’ Western Province. Add eight more—at least—WWII planes, stunning coral gardens, plunging walls and the fascinating and friendly culture of the Solomon Islanders, and it became imperative to submerge with Dive Munda without delay.

I ask three different locals about the origin of their nation’s “Hapi Isles” moniker and receive three big smiles. Enough said. Apropos, then, that for our first submersion, Dive Munda divemaster Chevone Whitaker takes us to Hipae Reef. (Spelling is overrated underwater. It’s the scenery and experience that counts.) 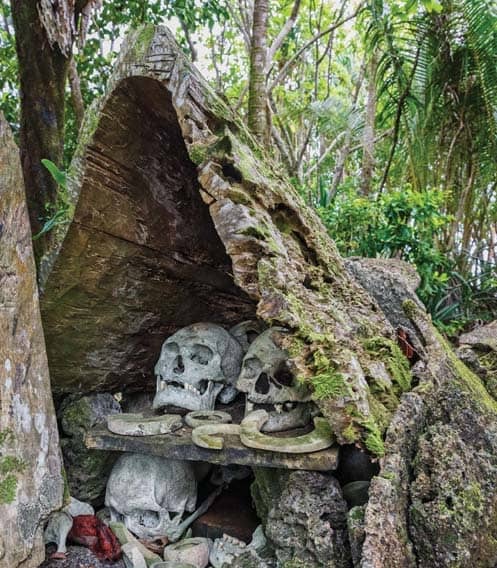 Like sunbeams lancing down onto a reef sprouting purple lace corals, clouds of purple anthias flit by. We lose count of how many different angelfish and snappers we pass because our eyes are drawn ever downward. In that alluring void beyond the sponges, whips and fans at 90 feet, we’re told gray reef sharks lurk. Instead of sharks, we stumble on dolphins—15 or 20 spinners—just as we’re revving the engines and motoring to the next site. Hipae divers are we. 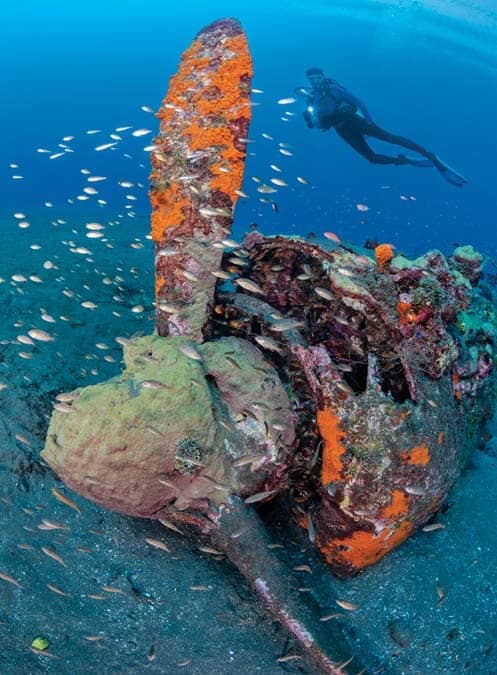 Shark Point is a 20-minute boat ride from headquarters, on the outside of an arc of verdant islets stretching west to east in front of Dive Munda’s doorstep. This is another signature site, sometimes home to—you guessed it—up to a half-dozen possible shark species, plus some of the best schooling-fish action in the area. The point itself is underwater, the corner of a reef that juts out a mile into the Solomon Sea, prone to current and almost always a crowd favorite. Drifting along the sheer drop—it bottoms out at 2,000 feet—we’re sucked into a spinning vortex of barracuda, then spadefish, then midnight snappers. Lionfish, grouper and bannerfish nestle in close to sea fans, and a fire dartfish pair dances above a ledge. We switch back and forth between wide-angle and macro cameras until we’re dizzy. When it’s time to ascend, we glide past whitetip reef sharks reclining in the sand and a titan triggerfish with teeth bared, doing his ferocious best to defend his nest from hungry little tropicals fluttering about. Our last 10 minutes are spent on the reef flat at 10 feet, watching a wave of surgeonfish spawning with frenetic vigor while mackerel with mouths agape charge through the smoky clouds of eggs and sperm. It’s a spectacle worthy of Sir David Attenborough’s narration.

EPICENTER FOR EXPLORATION Belinda Botha, Dive Munda’s owner and operator since 2014, has organized an ambitious week for us to ensure we experience the diversity of the Munda area, with some bonus topside adventures thrown in. From the Dive Munda base at Agnes Gateway Hotel, our oceanside accommodations on the southern flank of New Georgia Island, we overlook an infinity of possibility—islands and atolls, caves, wrecks and reefs, history, culture and biology. The surfeit of opportunities and the untrammeled state of the reefs are two reasons Botha, originally from South Africa, settled here.

The community is another. With a passionate belief in actively engaging her Roviana neighbors, Botha works tirelessly with the government, promoting local businesses, taking care of the island’s stray animals and protecting the environment. Most of her staff is local. Botha created a program to employ and train local youth through divemaster and instructor levels, with a focus on women, something almost unheard of in the Solomons. Her crew has more than 100 combined years of diving experience already. She also works with village chieftains and elders to ensure local traditions and culture are respected through sustainable tourism. 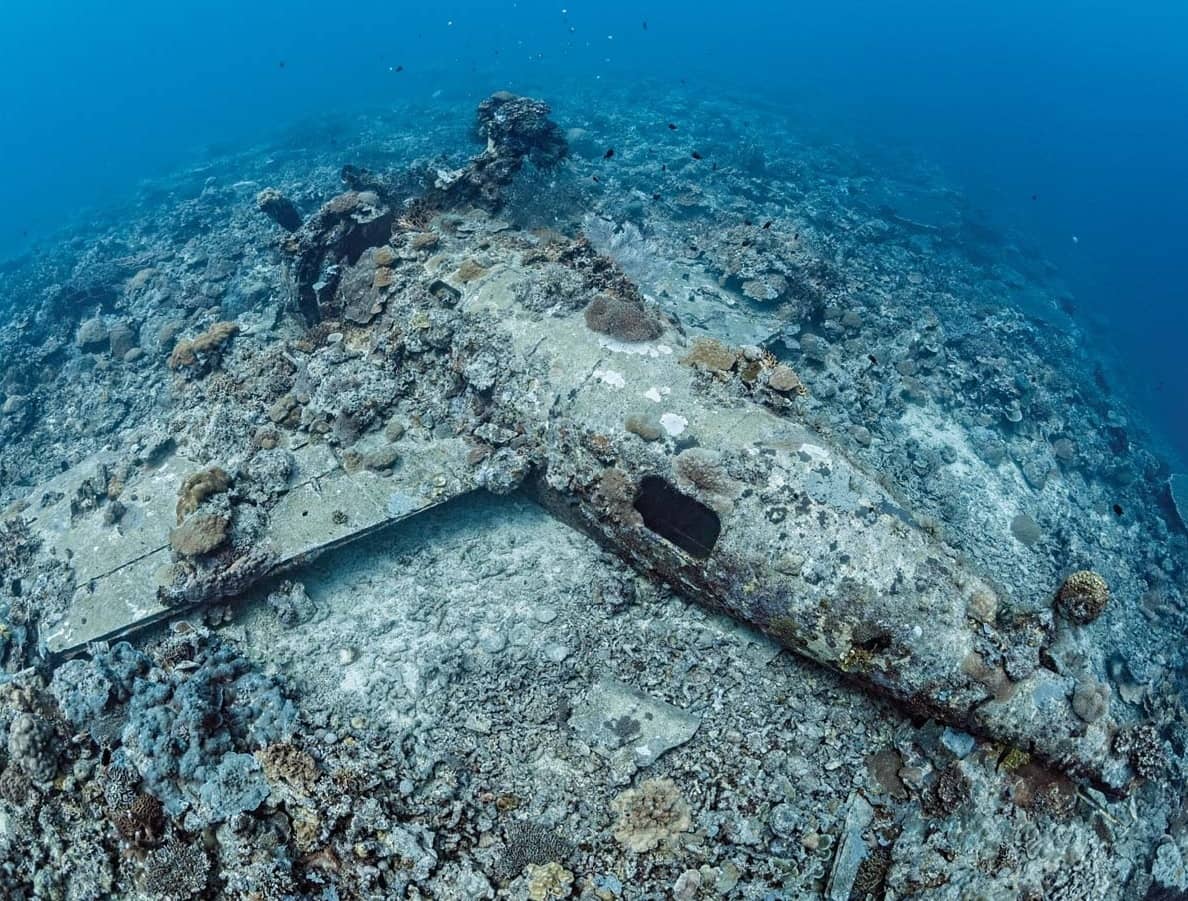