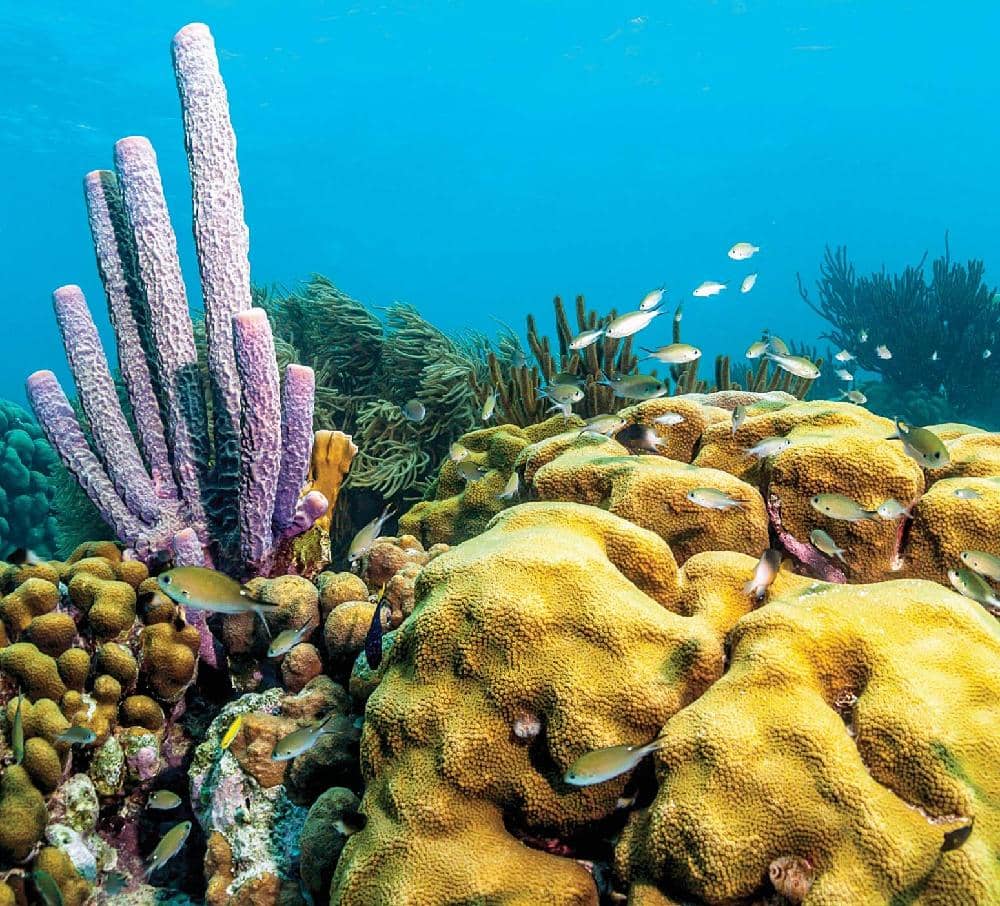 It’s one thing to make rules—it’s another to ensure they are enforced.

Established in 1979, the Bonaire National Marine Park was a conservation leader, protecting the reefs off the entire coastline and outlawing anchoring anywhere in Bonaire waters.

Even before the founding of the marine park, the island passed legislation in 1961 to protect its turtles, and in 1971, prohibited spearfishing. As a result, the island’s coral reefs are every bit as vibrant as they were decades ago when the park was formed—and local dive centers are committed to keeping them that way.

“We do an orientation with every diver, explaining that our rules mean no touching, no taking, no gloves, no pointing sticks,” says Denise Korsten, dive manager for Plaza Beach and Dive Resort Bonaire. “We also check everyone’s sunscreen to make sure it won’t damage the reefs.”

What’s more, most resorts, including Plaza, ask guests to first do a checkout dive to guarantee they’re using proper weights to reach neutral buoyancy—so corals aren’t damaged by the 128,500 tourists visiting each year.

So far, it’s working. “Because of the rules, we see so many divers but almost no damage,” Korsten says. “It’s unique, really, that we have reefs still in this impressive condition.”

In 1986, when the Cayman Islands formed a dedicated marine park with strict no-touch, no-take rules to protect its reefs, officials might not have known how ahead of the curve they were. Those actions have resulted in keeping the corals of the Cayman Islands some of the healthiest in the Caribbean.

More recently, local dive operators on all three Cayman Islands banded together in 2008 to launch the Cayman 365 program, adding 68 new mooring balls to create enough sites for divers to drop in on a different one every day.

All these actions together relieve so much pressure on reefs that populations of animals big and small have exploded.

“I see every day that the reefs on Grand Cayman are thriving thanks to the measures they took 30 years ago,” says Sergio Coni, scuba instructor and operations manager at Don Foster’s Dive Cayman.

Uncharacteristic of the island, the sites have also been sheltering big numbers of seahorses, frogfish and other macro finds. “This season in the sandy areas, we are seeing big blooms of nudibranchs,” Coni says.