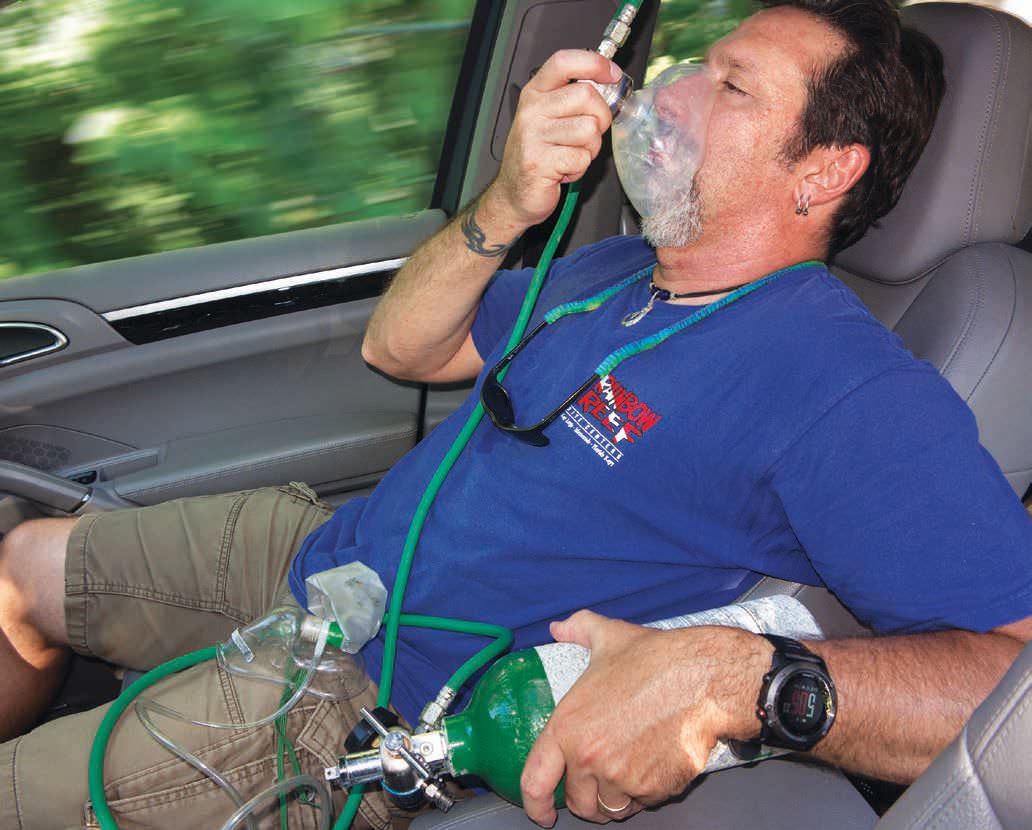 The diver was a 45-year-old male dive instructor with approximately 300 lifetime dives. He denied taking any medication and reported no history of medical conditions.

The diver was teaching an Advanced Open Water course at a local lake popular with divers. He was accompanied by his wife, who was assisting the class as a divemaster, for a series of five dives over the weekend. They completed three dives on Saturday with long surface intervals between the dives followed by a 16.5-hour surface interval before the first dive on Sunday.

The first dive on Sunday was 34 minutes long with an average depth of 16 metres and, to meet the depth requirement of the course, a maximum depth of 30 metres. After a 90-minute surface interval, the divers began their second dive of the day, which focused on search-and-recovery skills. It was a 48-minute dive with an average depth of 15 metres and a maximum depth of 19 metres. The diver reported non-stressful dives with minimal exertion besides following and monitoring his students. The dives were within recreational limits, and his dive computer was on a conservative setting. His fastest ascent of the weekend was at a rate of eight metres per minute.