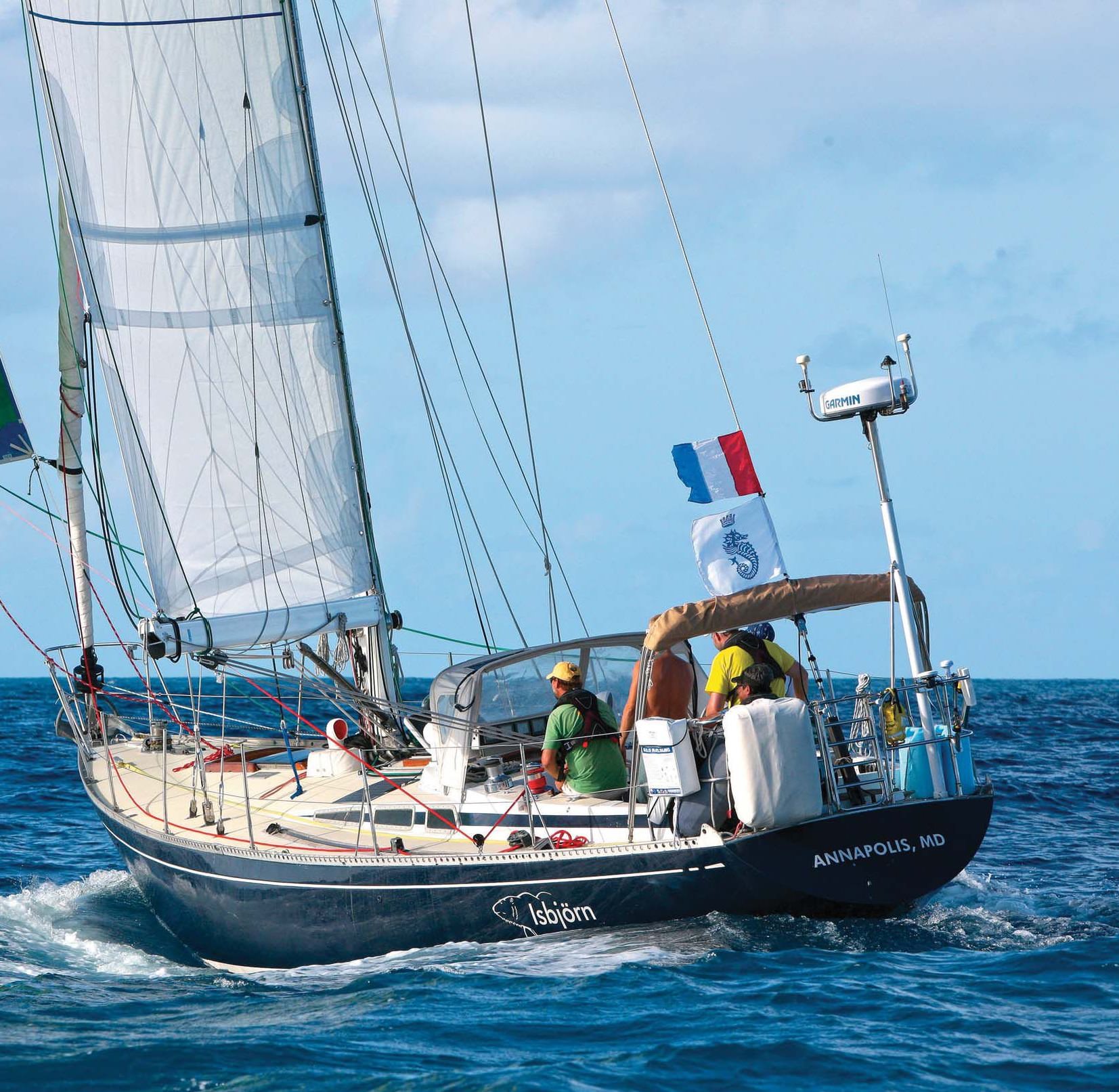 In his book After 50,000 Miles, renowned cruiser Hal Roth wrote about the changes he made to Whisper, his Spencer 35, after he and his wife, Margaret, had crossed oceans on her many times over. It’s an illuminating look at how an old-school sailor who only learned the sport in his 40s never rested on his laurels, and never accepted that his “experience” alone made him a better sailor, but constantly evolved to meet the increasingly difficult challenges he set for himself.

I borrowed the title of that book for this essay, adapting it to the two years my wife, Mia, and I have owned and sailed Isbjorn, our 1972 Swan 48 on which we run off shore passages with paying crew.

Mia and I have sailed more during this period of time than we did in the previous 10 years—from Connecticut, where we bought to the boat, to the Chesapeake, south as far as Guadaloupe, west to Havana, north to Newfoundland, back again to our home port in Annapolis, then across the Atlantic this summer: over 15,000 miles of ocean sailing in all. We’ve set a relentless pace that’s required superhuman hard work and emotional fortitude, not to mention the help of friends and family, in spades.

Some of the miles were easy, daydream sailing downwind in the Trades, like our 1,100-mile run from Puerto Rico to Havana last year. Others were uncomfortably difficult, like the 150-mile beat from Key West to Ft. Lauderdale, when easterly winds of 30-plus knots kicked up a ferocious, wind-against-current Gulf Stream sea that shot fire-hose blasts of water at the helmsman every few minutes. And then there were those that were downright emotionally distressing—on more than one occasion I told Mia I was ready to sell the boat and move ashore permanently.

But you’ve got to take the ups with the downs. Paradoxically, that’s the best part about it—you simply can’t experience the glorious high points of any passage without first enduring the excruciating low points that accompany them.

What follows is a reflection on the past 15,000 miles, with some insight into what we learned about the boat, about sailing in general, and about ourselves. Learn from us what we’ve learned the hard way.

LESSONS ABOUT THE BOAT

Isbjorn (Swedish for Polar Bear) was 45 years old this past April. She was in great shape when we bought her, but we still immediately completed a six-week, $60,000 refit before going full-time with the passage business. That said, as the maxim goes, she was never really “ready” when we left the dock, and we’ve been catching up ever since.

Right off the bat, on our first passage of 2016 from BVI to Grenada, we ran into trouble. Mia was back in Sweden visiting family, so I had my friend Clint Wells along as mate, the guy who’d crossed the Atlantic with us in our first boat, Arcturus, in 2011 and who was with me when I first met Mia in New Zealand over 10 years ago. The weather was brutal—the Trades, which typically swing slightly to the northeast in winter, were stubbornly stuck in the southeast and blowing hard. We couldn’t even lay a course for Grenada. With squally gusts cresting in the high 30s, the going was rough, tiring and wet.

Clint and I were complemented by a full crew, four plus the two of us, all in their 30s, a fun, fit bunch who didn’t mind the tough conditions. Nonetheless, I wasn’t feeling it. I had a nagging sense of dread that worsened as we got set farther and farther west of the rhumb line. As the conditions continued to challenge us. I couldn’t sleep.