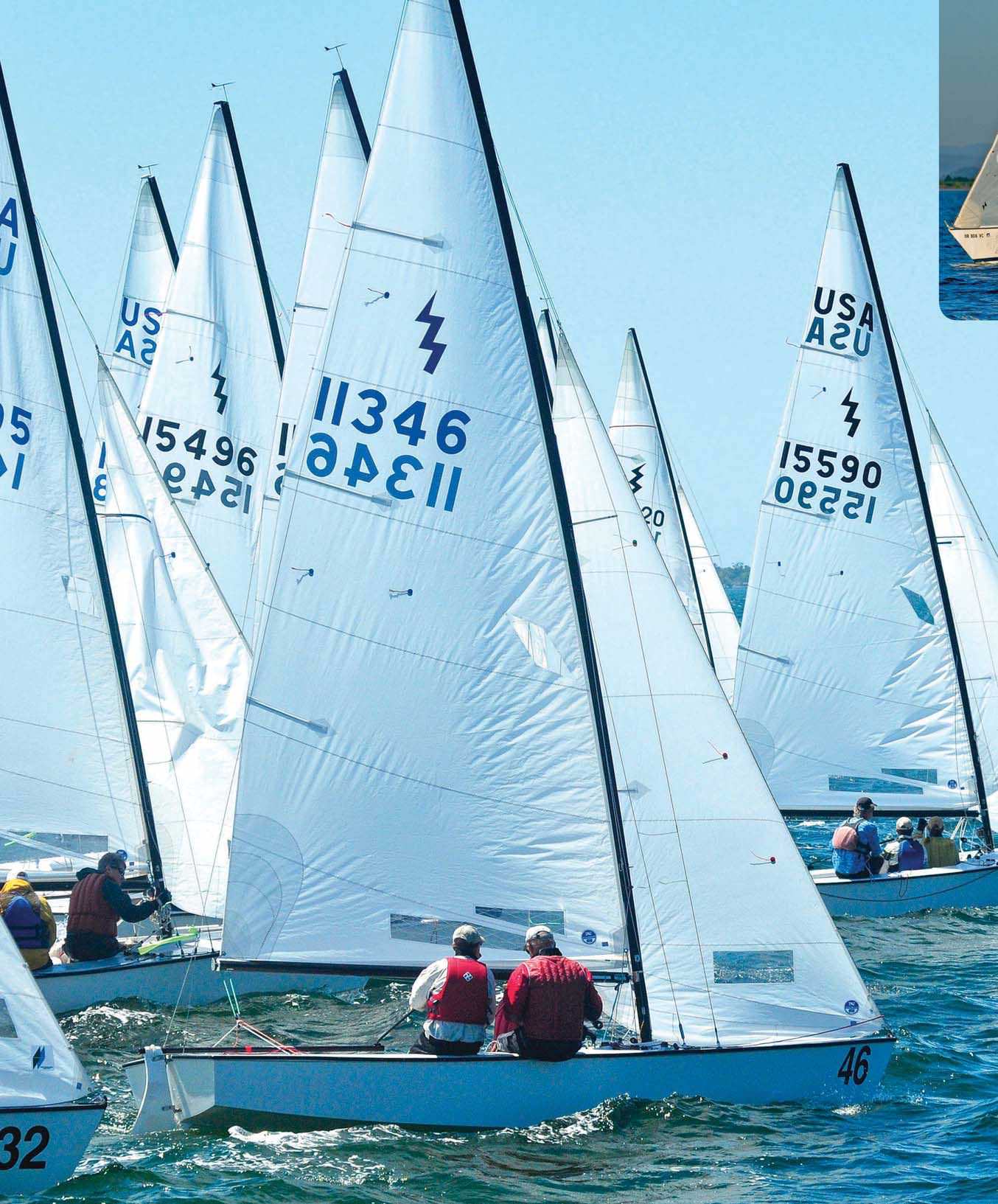 A look at the evolution of one-designs over the years

Who doesn’t love one-designs? Not only do these boats arguably represent competitive sailing in its purest form, they also represent sailing at its most democratic, allowing even those of modest means to compete at the sport’s highest level. Think the ubiquitous Sunfish or, say, the Thistle class, in which decades-old “woodies” still find their way to the podium on a regular basis.

Not only that, but because one-design classes live and die by the number of participants they can attract, and because many, if not most of these sailors are going to want to use their boats for more than just racing, the one-design concept has also produced some of the finest boats the world has known.

This, in turn, has created a kind of brand loyalty that is hard to match—much to the chagrin of naval architects and a boat building industry forever trying to get sailors to switch to the next new thing. The hyper-competitive crucible of one-design development has, therefore, also become a driver for innovation, so that the evolution of one-designs has played a critical role in the evolution of sailboat design in general.

Today on a typical summer weekend, the entire history of modern naval architecture is in many ways on display in the form of hundreds, if not thousands of different races and regattas taking place featuring classes launched as recently as last year and long ago as the beginning of the last century. Full keels, overhangs, dagger boards, lead bulbs, J-foils, they’re all here to see in the various one-design classes that have evolved over the years and which can still be seen out on the water today. In what other field of human endeavor do such fossils remain so filled with life?

In fact, the twin themes of seamanship and democracy have been part and parcel of the one-design concept since its inception in the form of the Water Wag, a 13 ft rowing and sailing boat created in Ireland in the late 1880s.

According to the class history: “The gentlemen of The Shankill Corinthian Sailing Club realized that there was potential to freeze yacht design, to a particular date, so that all the yachts in a race would be built to the same “model,” and that a race would be a test of skill. In order to test the theory, they decided initially to build boats to the smallest possible size, and if the idea worked that they would apply the same idea to larger yachts.”

Not a bad idea, as is evident in not only the plethora of boats designed along these same lines in the decades since, but in the fact the Water Wag class itself has remained in existence to this day.

Soon afterward, a 41ft gaff-rigged cutter called the Solent One Design slid down the ways to compete on the storied waterway after which it was named. And while it was eventually edged out by the advent of Meter-class racing in 1907, two other classes—the X One Design (1909) and Solent SunBeam (1922)—quickly took its place on the waters surrounding the Isle of Wight. Not only that, but both of the latter classes, like the Water Wag, remain active to this day, with large fleets making their presence well known each year at the famed Cowes Race Week.

Meanwhile, here in the United States it was at around this same time that two of the world’s other great sailing traditions were being established— the Star class, created in 1911, and the Beetle Cat, created in 1922—both boats that need no introduction even nearly a century later.

The Star, in particular, is interesting in that it also serves as a perfect case study for a one-design boat that has had to contend with the challenge of technological change, both in its rig and construction methods. Although created for a consortium of sailors on Long Island Sound (including over a dozen members of the American Yacht Club in Rye, New York) to serve as a dedicated club racer, and equipped with a narrow hull and bulbed keel, by the 1920s it was fast becoming evident that the original gaffrig would no longer do. In the ensuing years the boat therefore went through two different Bermuda rigs (becoming increasingly high-aspect in the process) as a reflection of the latest in aerodynamic design and understanding. 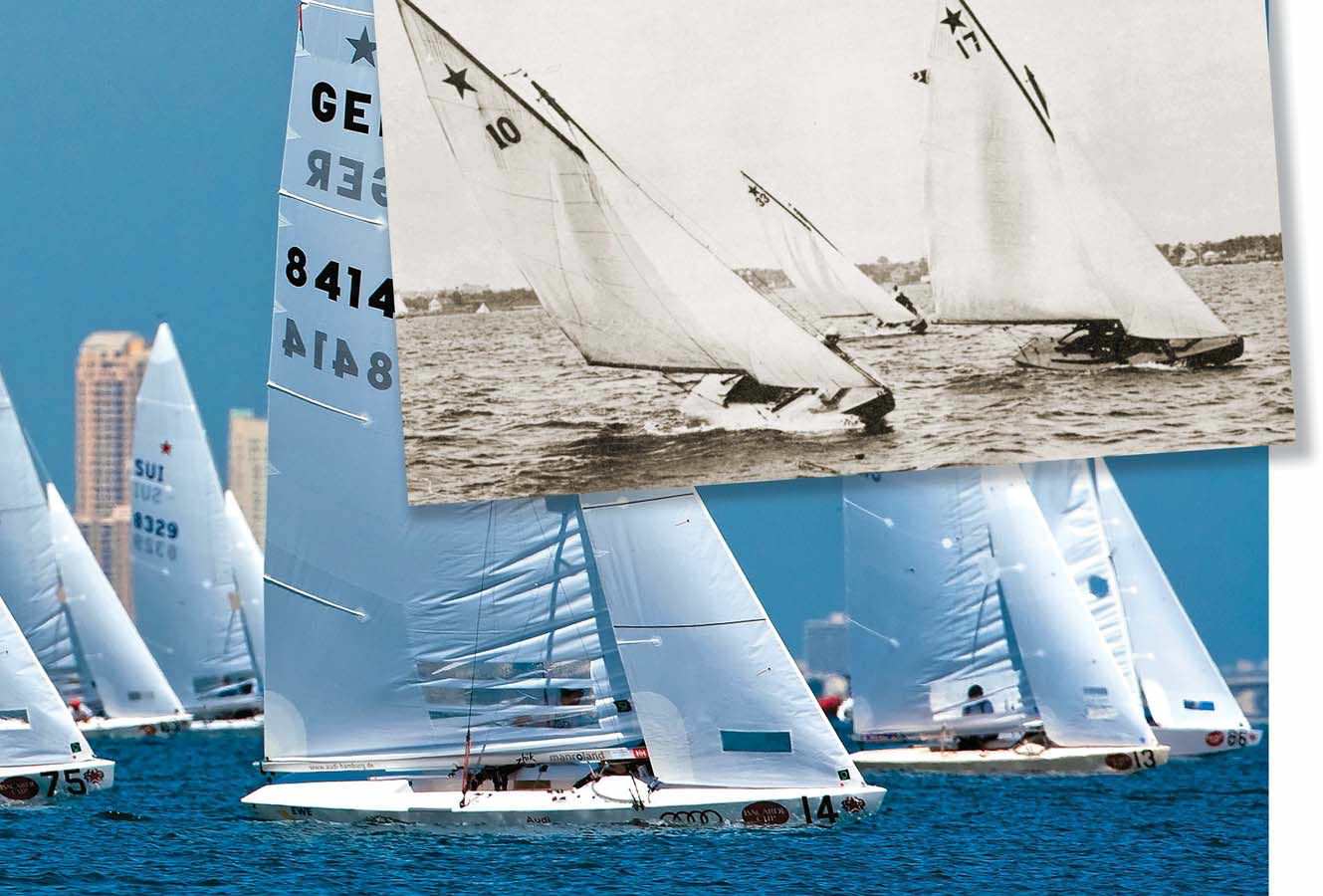