You're Never Too Old to Be Serious About Your Running 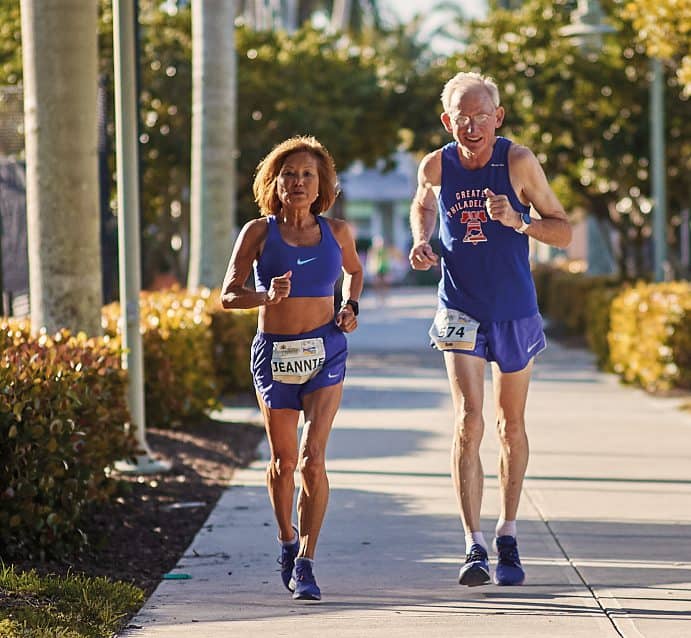 Over the past two years, Jeannie Rice and Gene Dykes, who were born within a few days of each other in April 1948, have attacked the running record books in their age group.

Rice kicked off the record spree in October 2018 at the Chicago Marathon, where she ran 3:27:50 and shattered the existing 70-plus world record by more than seven minutes.

A few weeks later, Dykes went to the TorontoWaterfrontMarathon and finished in 2:55:17, coming within 30 seconds of the world record (2:54:48), set by the great EdWhitlock of Canada in 2004 when he was 73. Many considered the record to be untouchable until Dykes came so close.

It seemed he bested Whitlock in December 2018, when Dykes ran the Jacksonville Marathon in Florida in 2:54:23, betteringWhitlock’s mark by 25 seconds. ButDykes later discovered the Jacksonville race was certified byUSTrack&Field, but not sanctioned, a red-tape disctinction that rendered the course ineligible for records.

What’s next? ForDykes, 71, he’s training to make another run at the record, possibly in London (now to be run in October, at the time we went to print) or in Chicago later this year. Meanwhile, Rice, also 71, improved on her own time last September in Berlin, when she ran 3:24:48, or 7:49 pace. She has a full racing calendar (possibly disrupted now) for 2020.

How do they do it? Some of it is the luck of genetics, sure. But the rest is hard work, focus on a goal, and committed training. (Rice logs about 105kmperweek, and Dykes builds up his mileage through numerous ultras.) In other words, they’re just the same as athletes decades younger.

• Reach for a goal