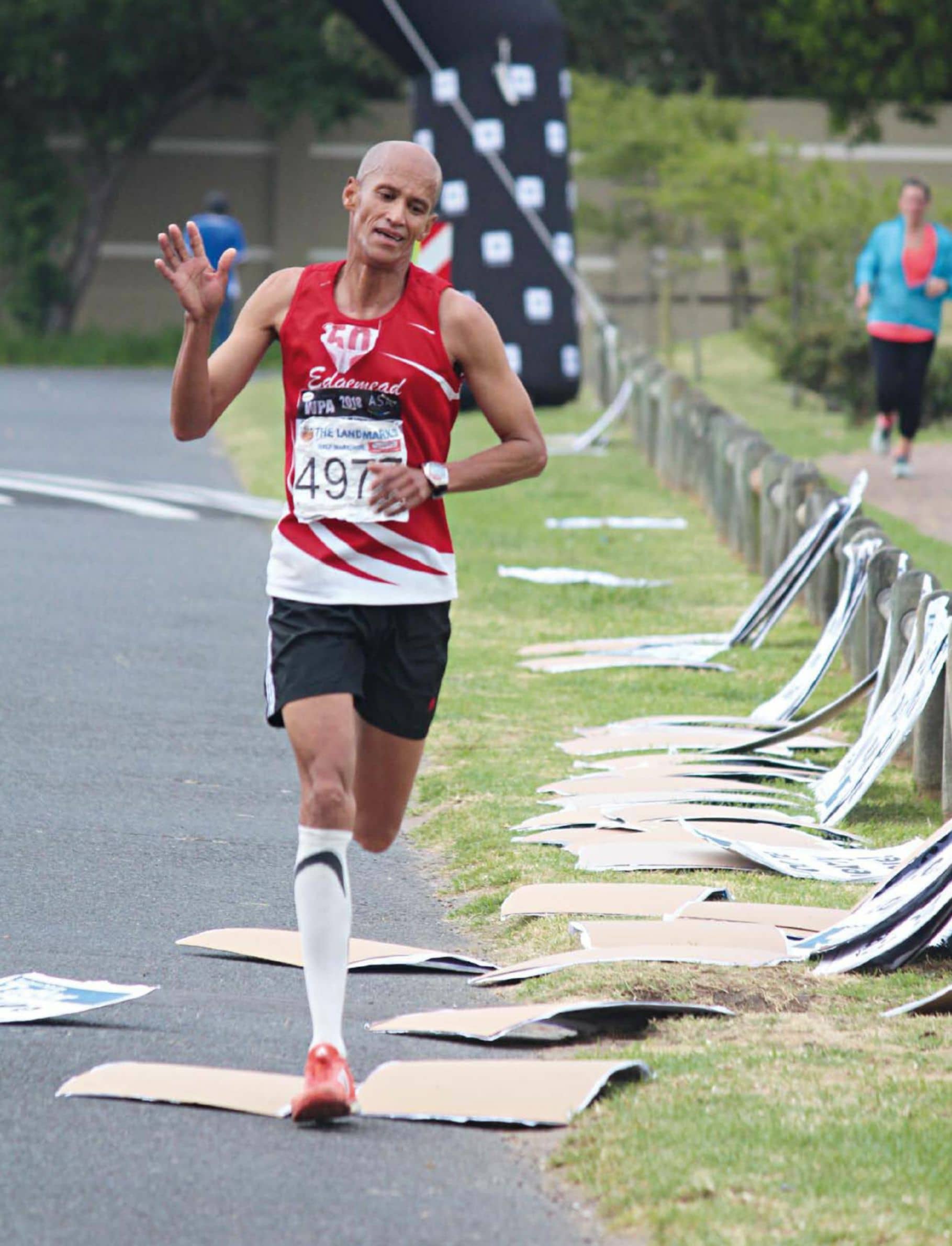 Johnny Persents is a late bloomer: inspired by his sons, Devon, Hilton and Heinrich, who are all promising athletes, he participated in the Western Province Schools and Western Province Athletic Clubs Cross-Country Championship, held at the Cape Peninsula University of Technology (CPUT). That day he became the second-fastest male, racing against a massive field of sub-vets – and he realised he was a natural.

Persents’ sons are also the reason he continues to run.

“Sometimes I want to quit, but I have to fight because I’m a role model to my kids,” Persents says. “We live in crime-ridden Belhar now, close to Cape Town Airport; which is a far cry from the peaceful farming community I grew up in outside the small town of Klawer.

“There are gangs in Belhar: the Terribles and the Sexy Boys. But I run there every day, even though it’s dangerous. And you know what? Gang members applaud me when they see me out running.

“I coach youngsters at a Symphony Primary School. Without my continuous support, they might otherwise fall prey to gangsterism. It’s a shame when innocent children choose the wrong path.”